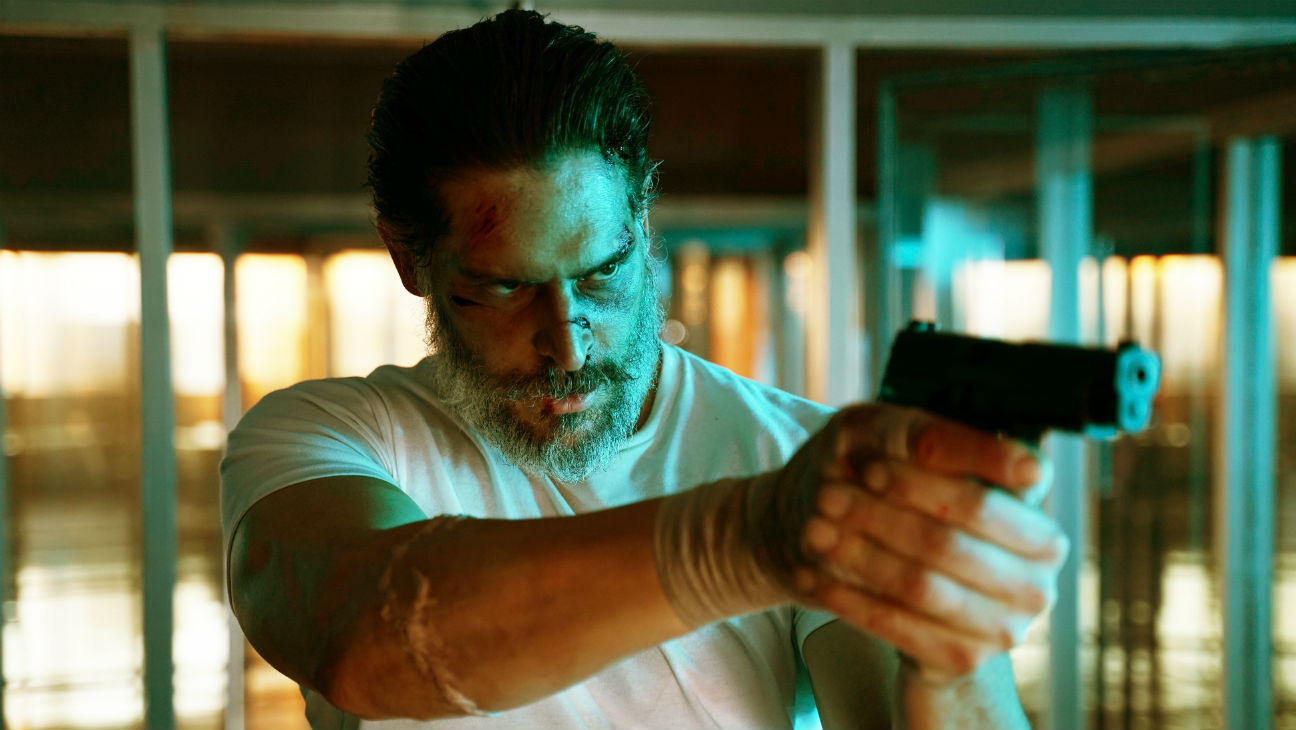 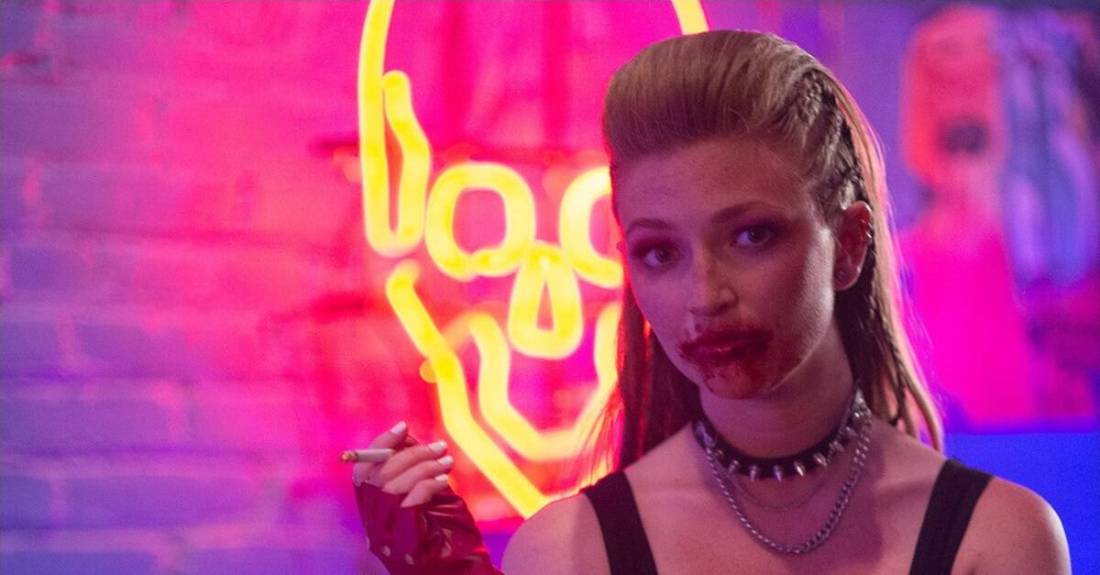 There is something appealing to the glam trainwreck that is Bit, Brad Michael Elmore’s anti-Twilight.

Like it. It’s self-aware, a little deadpan funny, a little whatever. Go on.

Laurel (Nicole Maines), the recent grad, packs up her Oregon-plated car and takes off to spend the summer with her brother in LA. On her very first night in town, she’s hit on by  the super hot girl Izzy (Zolee Griggs), brought to an after hours full of incredibly cool people, and immediately she feels as if she’s found acceptance, found home.

Naturally, Izzy and her also-hot friends are lesbian vampires who see Laurel’s specialness and invite her to Bite Club.

Maines is a transgender actress, a fact that elevates Laurel’s angsty “oh, high school was kind of a horror show” schtick because it probably was. Maines does not show an enormous amount of range, unfortunately, and Elmore’s script offers her few opportunities to shine.

She’s entirely convincing with her eyes at half mast, enduring the well-meaning but clueless affection of her family. But Elmore penned very few realistic reasons for Laurel’s behavior and Maines is left struggling to convince us, simply repeating the phrase “I’m fine” ad nauseam.

Diana Hopper, on the other hand, cuts an impressive figure as Bit’s Tyler Durden. Hopper elevates Elmore’s sometimes weak dialog (there are times when it works) with wearied badassedness.

It is fun and sometimes really witty the way Bit mocks boys, though, even if Elmore’s core theme is, “Some of us are OK!” Indeed, Bit undercuts its feminist intent as often as it offers genuine insight.

But maybe its main thesis is that kids are stupid, because Laurel’s philosophy for the future of the human race is…well, it’s stupid.

Still, there’s low-rent garbage fun to be had with this. Everything about it could have been better, but like most guilty pleasures, it appeals in a sugar high kind of way.