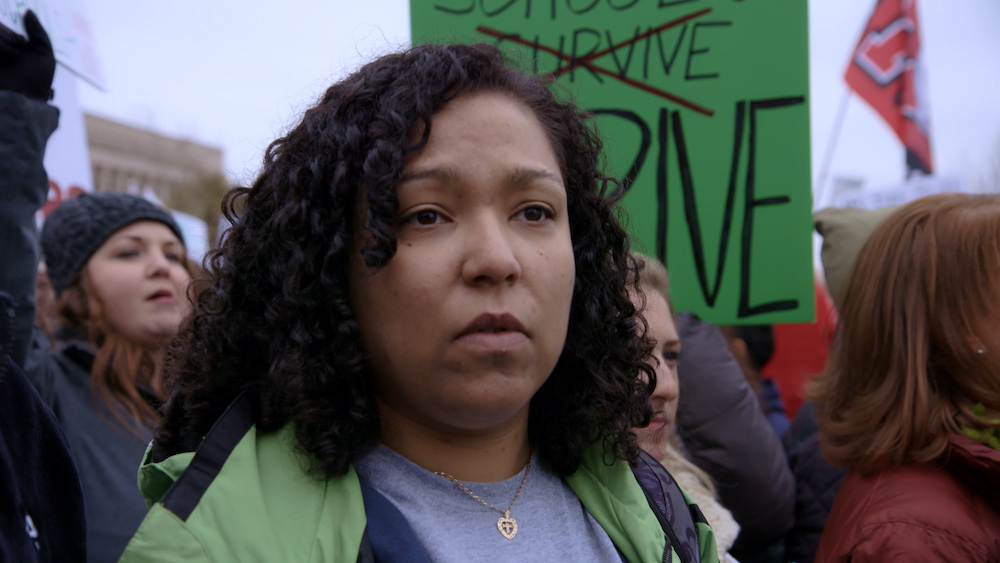 With a list of thank you credits that acknowledge the last few decades of leftist entertainment from Michael Moore to Chapo Trap House and the Jacobin set, it’s almost a minor miracle that a documentary about socialism manages to unite so many voices on the left into a united clarion call for economic justice as the only way to save America.

More surprising is that The Big Scary “S” Word, a new documentary from filmmaker Yael Bridge, manages to press its case while forgoing the more combative antics of Moore. Which isn’t a knock against Moore’s style, but Bridge’s staggering array of leftist academics, authors and politicians creates the atmosphere of a lively college course with your favorite professor. The academic-heavy roster, including professors Eric Foner, Cornel West, Vivek Chibber and Keeanga-Yamahtta Taylor, often tilts toward more education than inspiration—but it’s a compelling education.

An education for which audience, though, is a trickier question. It’s hard to imagine the nation’s right-wing uncles coming together this Thanksgiving to bond with their dirtbag nieces and nephews over how everyone can get behind sewer socialism.

But Bridge seems to be aiming her sights (wisely) at the MSNBC left—the well-educated, professional set that might not realize they’ve watched half a decade of “left-wing” cable news peppered with more retired generals and contrite Republican operatives than capital-s socialists. And with barely a mention of labor unions, let alone hosts making a passionate case night after night for how the history and future of labor are inseparable from a successful liberal project. Bridge provides a much-needed counterbalance to the corporate vision of liberalism, and she makes the case without the vitriol of Twitter fights.

The film’s thorough focus on the history of socialism doesn’t leave as much time to go out on a practical note. (And it’s unfortunate, although not the film’s fault, that one of the main politicians they follow flamed out spectacularly in 2021.) Other times, the film’s prescriptions seem at odds with the title mission. Should the left be destigmatizing socialism, so it’s no longer the big, scary “s” word? Or should politicians focus on policies that improve people’s lives, and let the pundits argue over whether we are becoming Venezuela just because people shouldn’t face bankruptcy when they get cancer.

In fairness to Bridge, the documentary doesn’t demand an all-or-nothing answer. That’s up to those who respond to the film’s message. (If you like your state-owned bank, you can keep it.) What’s not left in doubt, though, is the looming crisis of climate change. It might be a loaded question, but it’s still a fair one: Is a wholesale restructuring of society really more radical and unrealistic than continuing down our current path? It’s a question everyone will need to answer at some point, hopefully before it’s too late.