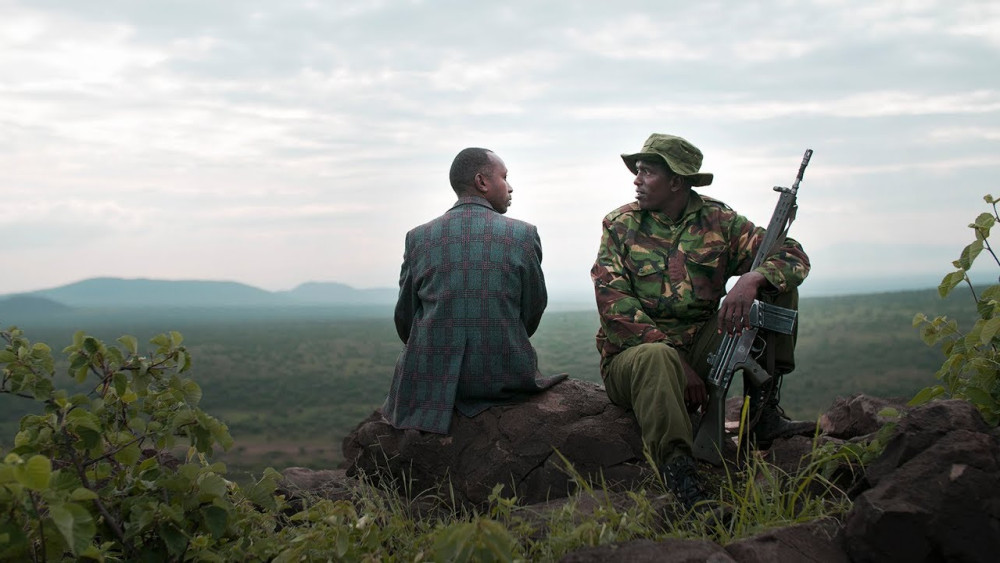 In examining the world of poaching, director Jon Kasbe has crafted a very personal story with his documentary, When Lambs Become Lions.

At the heart of Kasbe’s film is ‘X’, a poacher whose trade is ivory. Working with a small team, X hunts elephants, hoping to harvest the ivory before he is discovered by rangers whose job is to protect the area wildlife. If caught, the rangers will have no mercy. The punishment for poaching is death, and it might be a brutal one.

Wisely, Kasbe doesn’t show the more barbarous aspects of poaching. In this way, he lets the human element of the story take center stage. However, the natural world infuses the documentary with life. When a unit of rangers comes across a lone bull elephant feeding in the trees, it’s hard not to be infected by the same wonder that infuses the rangers. The elephant is oblivious to the war that wages around him, even though he and his kind are at the center.

On the opposite end of the poaching spectrum is Asan, X’s cousin, and a ranger. The rangers’ line of work is grueling and dangerous. Though heavily armed, they run the risk of being ambushed and murdered. They spend their time patrolling the vast landscape, hunting for poachers. On top of these dangers, we learn Asan and his unit of rangers haven’t been paid in months. With a pregnant wife and son at home, the situation for Asan is becoming desperate.

It’s impossible not to sympathize with Asan’s plight, and Kasbe wants the audience to understand why people make the choices they do when tough decisions are in front of them. In this way, he helps us to understand that poaching may be reprehensible, even vile, but the situation is far from ideal. If the rangers were paid on time, if the market for ivory dried up, there might be a situation in which the battle for the natural world would no longer need to be waged.

Kasbe lets the story unfold without judgment. We follow X and Asan as they interact with their families, there are a few particularly touching moments between the men and their sons, and as their jobs take them into the wilds of Kenya. The parallels between the two men are not lost on Kasbe. Both strive to take care of their families, and it’s easy to see why a person might turn to poaching when the venture is more lucrative than the alternatives.

As Asan’s wife hopes, perhaps our children will be better educated, giving us a future where these choices will no longer need to be made.