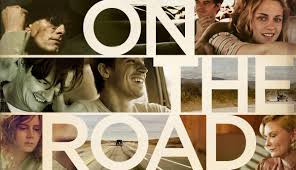 It is hard to believe Jack Kerouac’s seminal buddy adventure On the Road has not been made into a film before now. It makes sense that director Walter Salles was the filmmaker to finally tackle it, since his The Motorcycle Diaries was sort of Che Guevara’s version of the same existential, cross-continental, life-defining trip. For Road’s Sal Paradise (the author’s alter ego), though, this trip ended in the birth of America’s Beat Generation (as opposed to Latin America’s interest in Communism). But still, you know, important stuff.

Paradise (Sam Riley), of course, strikes up a bond with enigmatic wild man Dean Moriarty, played by Tron: Legacy’s Garrett Hedlund and based on Kerouac’s buddy Neal Cassady. The rest of the tale sees the author outlining the interweaving lives, intimacies and inspirations of the various Beat writers, changing their names without truly concealing their identities.

While the entire cast has big shoes to fill, Hedlund is most challenged. Moriarty/Cassady presents a larger than life character to try to portray. Both Hunter S. Thompson (in Hell’s Angels) and Charles Bukowski (in Notes of a Dirty Old Man) depicted Cassady as a tragically beautiful, untamed spirit. Take note: if Bukowski and Thompson think you are wild…you, sir, are the real deal.

Hedlund strikes a nice pose, but he hasn’t the guts to pull the character off. High energy, good looking, a little damaged, but hardly the magnetic force of nature that inspired so many writers.

Riley fares a bit better as the artistically needy Paradise, and Twilight’s Kristen Stewart surprises the shit out of everyone by doing a fine job as young sexpot Marylou.

They’re joined by a host of excellent cameos, including Viggo Mortensen as Old Bull Lee (based on William S. Burroughs), and an especially nutty Amy Adams as his wife Jane (based on Joan Vollmer).

Salles makes the most of the cast he’s got, and his poetic way with a camera saturates the picture with a lovely, nostalgic quality. He mixes in frenetic party scenes, fluid road sequences, and enough  bongo and snare to remind us we are witnessing the birth of the beat. Still, having inspired countless other adventures, On the Road doesn’t feel too fresh, and Salles can’t uncover the vitality that fueled this landmark road trip in the first place.

He has crafted a very pretty film, competently assembled and pleasantly performed. Really, On the Road should amount to more than that.