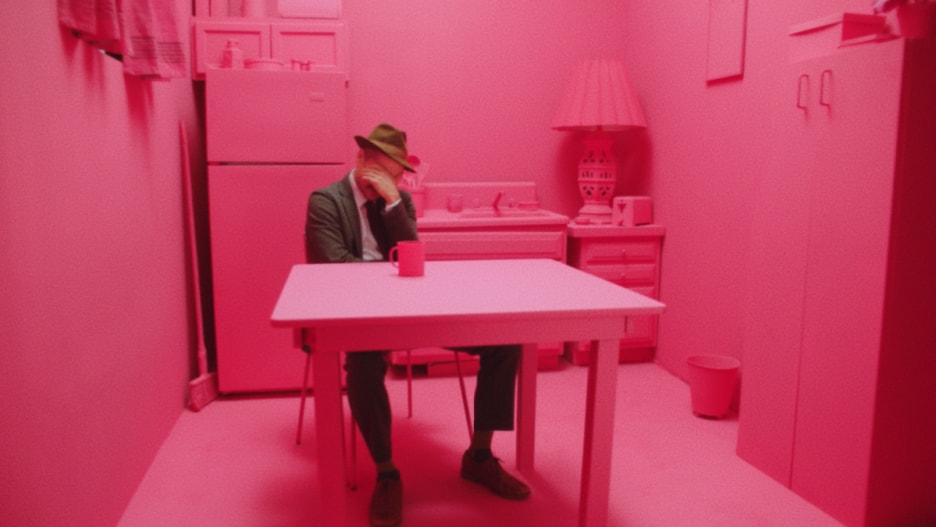 Audley and Birney co-write, co-direct and co-star in this pop-surrealist romance. Audley plays James Preble, mild-mannered government employee. Preble is an auditor for the agency that taxes dreams.

Let’s say there’s a buffalo in your dream. A dream buffalo apparently runs about 5k, which costs around a nickel in taxes. Likewise, a hot air balloon, a flower, a nice view—all of it taxable. But somehow Arabella Isadora (Penny Fuller) managed never to turn in any dream taxes, compelling Prebel to pay her a visit in her titular abode.

Once there, Prebel must work his way through thousands of VHS tapes of Bella’s dreams (rather than the digital downloads that were made legal requirements years ago) to assess back taxes.

The dream sequences are unpretentious, jubilant nonsense that develop a parallel plotline. Tyler Davis’s cinematography of saturated colors celebrates the childlike tactile quality of the set design and creature design, which are both handcrafted magnificence. Dan Deacon’s evocative score meshes with the directors’ vision to blur the lines between dream and reality, life with death.

There’s a toad waiter, rat sailors, and more buckets of Cap’n Kelly’s Fried Chicken than a person could reasonably consume. Strawberry Mansion’s cynicism butts up against a wholesome romantic nature in one of many ways that the filmmakers’ form perfectly matches their purpose.

Prebel treads in others’ dreams, a voyeur in a nonsense world where nothing makes logical sense, but everything feels weirdly accurate. The same experience waits for the film’s audience.