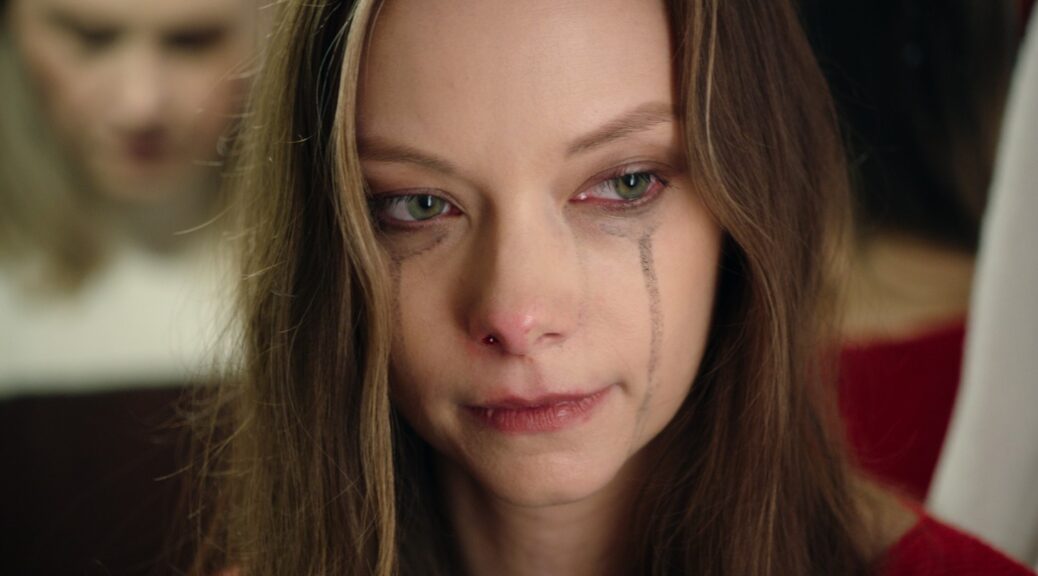 From first-time feature director Pierre Tsigaridis, Two Witches follows the familial inheritance of witch powers from grandmother to granddaughter, sparing no gory detail while examining the pair’s reign of terror. From eating babies to sexual satanism, Two Witches straps horror fans in and puts a cement block on the gas.

The first of two chapters starts without a bang- in fact, it fully embraces the mundane horror tropes of the past: haunted, creepy entity only visible to the hauntee, overly skeptical boyfriend, goofy nonbeliever friends. It dutifully, albeit spookily, hits the key beats of any witchy tale. If the film had stayed on this trajectory, the review would likely end here.

Thankfully, Tsigaridis veered off course. The second chapter highlights the newly christened witch granddaughter (Rebekah Kennedy) and spins into a freshly horrifying tale, chalk to the brim with overt and delicious camp. Whether the film took the first chapter to find its footing or whether the sharp turn into camp was purposeful by Tsigaridis is unclear, but one thing is obvious: the first and second chapter feel almost like entirely different films.

Is the presence of two tonally different chapters in one movie jarring? Yes, a bit. Is it the best choice to create a continuous flowing narrative and feel? No, probably not. Is it interesting and largely unseen in the horror genre? Definitely.

A struggle unique to this dramatic shift of tone is performance evaluation. Due to their largely different styles, holding performances to a consistent level is nearly impossible. While pregnant Sarah (Belle Adams) of the first chapter plays the disturbed victim well, witch Masha (Kennedy) delivers her newfound inheritance with intriguing camp in the second chapter. The two performances could not feel further from each other, though they both hold the title of protagonist for their respective stories. This confusion in differing performances inherently elicits an opinion of uncertainty from audiences. Unfortunately, ambivalence and uncertainty are perhaps the worst reactions a film’s protagonists could garner.

For the most adrenaline-seeking among us, Two Witches has enough genuine scares to smooth over the narrative bumps. For the rest, the winding story may lead you off course. If audiences can embrace the uniqueness of the camp, however, it may be a welcomed detour.