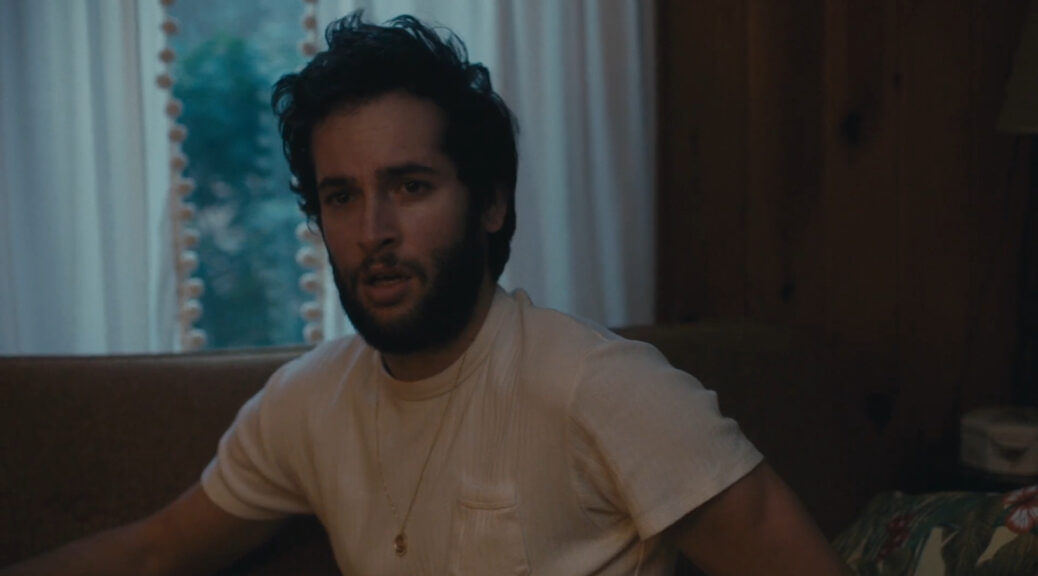 Written, directed by, and starring Scott Friend, To the Moon attempts to capture a tense weekend when a husband and wife are forced to spend time in the company of the husband’s estranged brother.

Dennis (Friend) and Mia (Madeleine Morgenweck) have retreated to the family cabin to help Dennis kick his numerous addictions. From what we gather, this isn’t the first time the couple has done this. An accident in Mia’s past, and a hinted miscarriage, compound the couple’s troubles.

To complicate matters, the two wake up one morning to find Dennis’s brother, Roger (Will Brill), performing a strange, yoga-like ritual in the yard. The dog seems just as confused by this newcomer as Dennis and Mia.

What works for this taut little thriller is the obvious tension between Dennis and Roger, as well as between Dennis and Mia. There is a lot going on beneath the surface of their dinner table conversations, and from the moment Roger arrives, something is in the air between the brothers. Mia does her best to keep up cheery conversation, but Dennis makes it difficult. Roger also has a bad habit of offering his opinion in places where it isn’t wanted.

However, when Dennis describes this very Zen Roger as malevolent, it seems like a strange choice of words. There isn’t a lot of information forthcoming regarding Roger’s back story. He mentions a hospital, but the we’re left wondering about Roger’s past.

WIthheld information makes Dennis’s mistrust seems ill-conceived. Hallucinatory moments don’t exactly help us put faith in Dennis. Though Roger is nosy, a bit creepy with his mannerisms, and a little “out there,” he doesn’t put off a vicious vibe. Unlike Dennis. Everything from his resting bitch face to his tone of voice suggests a potential for violence.

It can be hard to convey paranoia on film, but Friend manages with a few key moments. However, his streamlined script leaves too much unsaid and unexplored. As we approach the climax, it isn’t enough to leave the audience wondering if Dennis’s paranoia is justified or simply a result of his withdrawal.