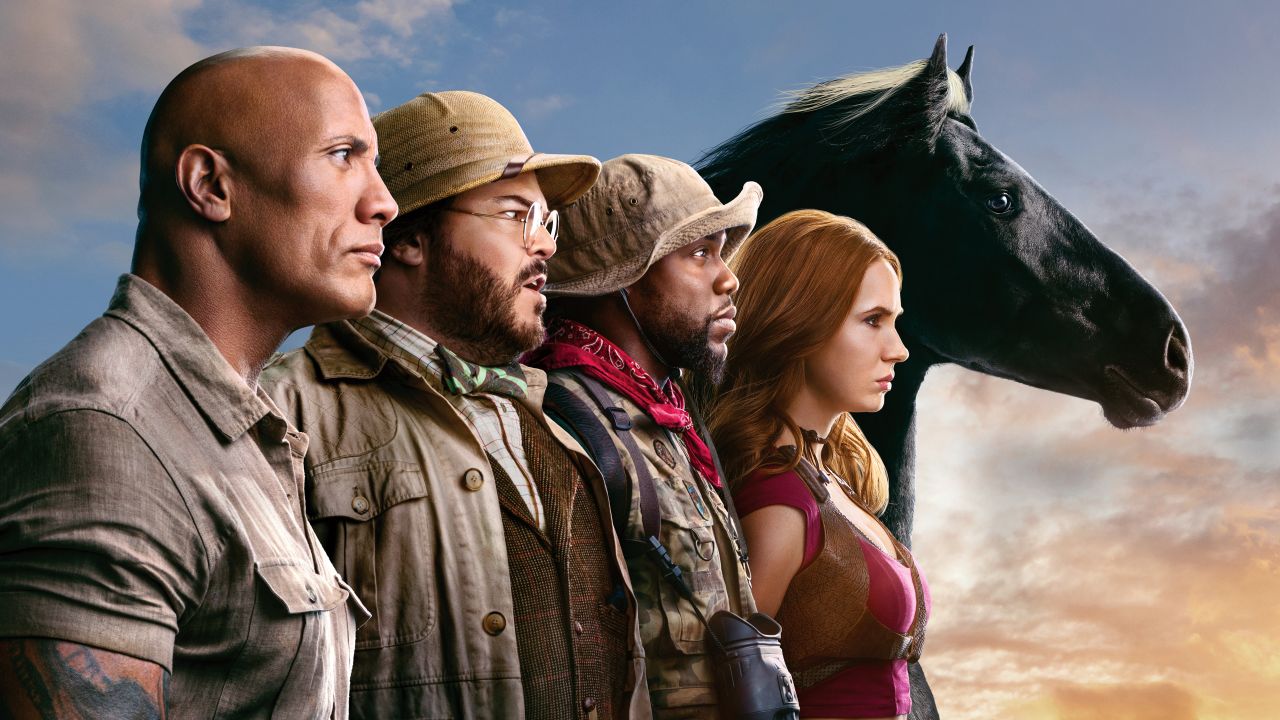 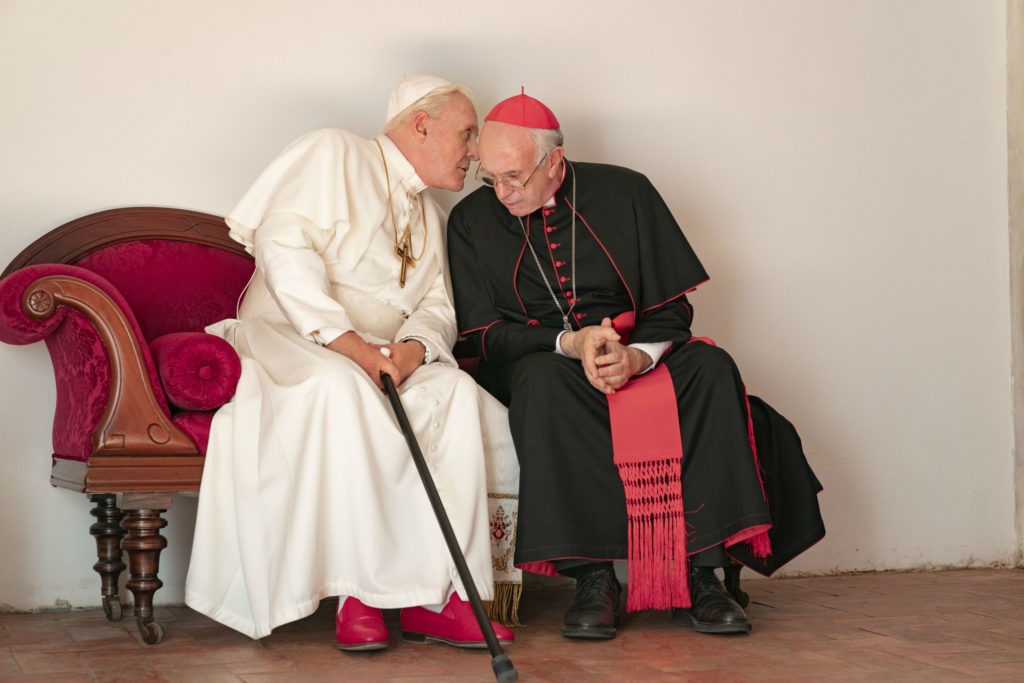 How funny is it that Hannibal Lecter is playing Pope Benedict XVI?

That’s not the only sly jab Brazilian director Fernando Meirelles (City of God) takes at the pomp and scandal of the papacy in his latest, but the punches come early and make way quickly for a tone of reconciliation.

Indeed, The Two Popes may be more forgiving than many people will appreciate. Or accept.

But it’s hard to fault the casting.

Anthony Hopkins is better here than he’s been since his Oscar turn as the flesh eater. Frail and humorless (but trying!), Pope Benedict becomes a recognizable figure, one whose solitude and study have isolated him from the people he’s meant to protect and lead.

Jonathan Pryce is perhaps better than he has ever been. An ever reliable “that guy,” Pryce has built a career on versatility, never so showy he outshines the lead, never so unfussy as to be easily ignored. That facility with chemistry elevates his performance here, and as the “everyman’s” pope, Pryce becomes the vehicle for the audience.

Together the two banter back and forth, easily turning Anthony McCarten’s lofty theological and spiritual dialog into passionate conversations between two peers.

The Two Popes offers considerably more nuance than The Theory of Everything, Darkest Hour or Bohemian Rhapsody, although McCarten will never be chastened for writing an unforgiving screenplay.

What he’s done with this script is imagine what the dialog between these two men might have been like as Catholicism moved headlong toward a pivotal event unseen for 600ish years. A bit like The Two of Us, Michael Lindsay-Hogg’s 2000 fictional conversation between Lennon and McCartney (a pair the popes mention more than once), this film is a smartly crafted fantasy of the behind closed stained glass meetings that might have led to the changeover.

The humor is undoubtedly the brightest surprise the film has in store, but Meirelles keeps the film quick and interesting, his filmmaking simultaneously intimate and elegant. The missteps come as he refocuses attention on the future Pope Francis’s rocky past. These sequences drag, boasting neither the visual flair nor the vibrancy of the modern footage.

It’s hard not to also mark as a weakness the way the film simultaneously admonishes and reflects the Church’s tendency to be too forgiving of clergy.

Still, The Two Popes is hard to resist. In the end – especially at the end – the film is almost criminally charming.