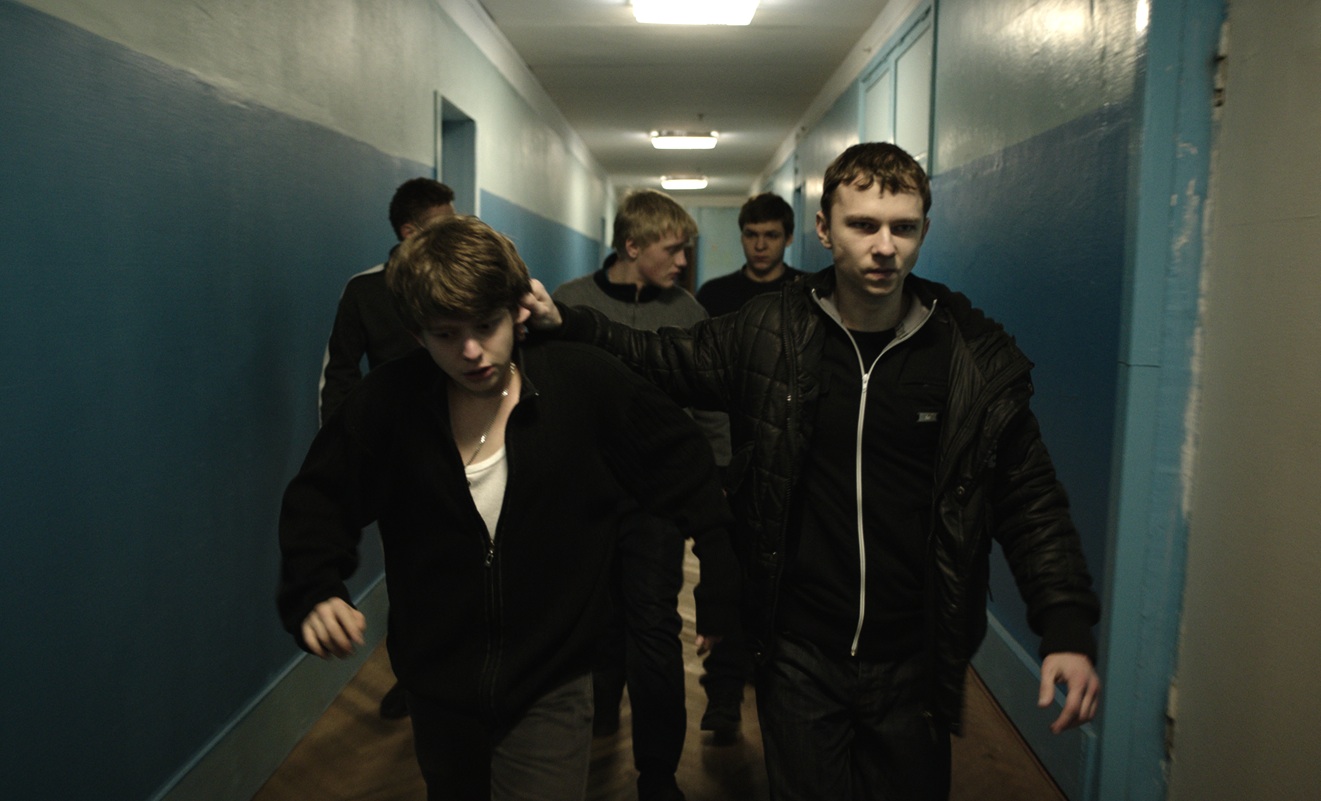 Whatever the outcome, you’ve got to give a filmmaker some props for trying something most audiences have never seen before.

Miroslav Slaboshpitsky does just that with The Tribe, and the results are damn near unforgettable.

His film follows a teenager trying to fit in at a Ukrainian boarding school for the deaf, and is filmed entirely in Ukrainian sign language with no captions, apparently to appease those picky American audiences that don’t like subtitles.

In all seriousness, it is an incredible piece of storytelling, particularly with Slaboshpitsky himself being an outsider on his own set. A sign language interpreter was needed to communicate with his cast members, but all deliver deeply affecting performances, and the lack of spoken expressions only enhances narrative layers in Slaboshpitsky’s ambitious script.

From the start, Slaboshpitsky’s focus is on the new boy at school, and the social hierarchy he must navigate to be accepted by the clique of boys on the top rung. The wide-eyed boy makes good progress, but then falls for a girl he shouldn’t, which sets off a dangerous, sometimes brutal chain of events.

Slaboshpitsky’s camera is unforgiving, driving home the primal instincts that nearly leap off the screen. The landscape, including the school facilities, is harsh, and the entire film uses a limited number of shots, often with extended, wide-angle takes to enhance the resonance of what you’re witnessing.

You quickly realize how little the spoken word is needed, and this power struggle could just as easily be at work in a board room, drug cartel or wild animal kingdom. No character action is explained, thus the sum of all parts is a basic quest to adapt to your surroundings and survive.

The Tribe is gripping, dead-silence-when-the-credits-start-rolling-stuff. It is unlike anything you’ve seen, and a film experience that should not be missed.