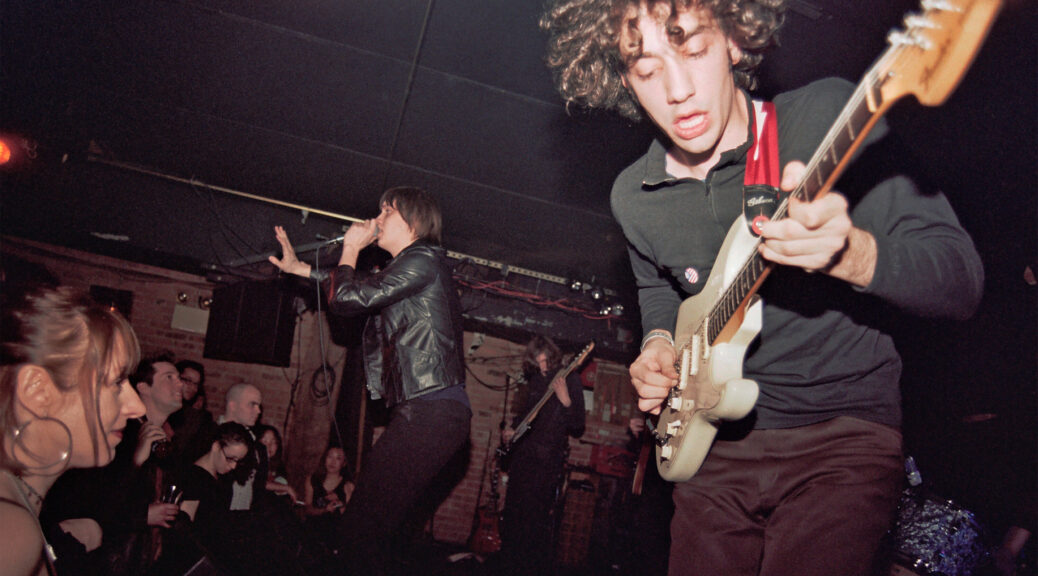 Meet Me in the Bathroom

Based on the book by Lizzy Goodman, Meet Me in the Bathroom finds documentarians Dylan Southern and Will Lovelace exploring the New York City rock scene of the early 2000s.

Opening in 1999, the film treats us to a little history of the popular music scene of the time. Artists like The Offspring, Blink 182 and Fred Durst of Limp Bizkit dominated the radio and airwaves (mostly courtesy of MTV).

Our introduction to a new wave of rock in New York begins with the duo that made up The Moldy Peaches. We’re treated to several home movie moments of the two getting acquainted, not only with their new city (many of these bands are transplants to NYC) but also with the young men who would make up the band The Strokes.

The biggest benefit of adapting a book about a music scene is the access to footage from some of the early concerts. Watching bands like The Strokes, Interpol and the Yeah Yeah Yeahs play to small crowds is one of those things that cannot be replicated in book form.

The film also adapts the book’s narrative style – overlaying the footage and images with soundbites from several of the people who were part of the scene. You’ll find no talking heads here – the best part of the documentary is getting to watch the timeline unfold.

The trick of adapting such an expansive book is knowing where to concentrate your focus. The majority of the film focuses on three bands – The Strokes, Interpol and James Murphy (LCD Soundsystem). And though the filmmakers reduce the number of bands covered compared to the book, there are still too many others brought into play.

The Moldy Peaches are our introduction, but they drop out as the film passes through 2001. TV on the Radio comes into play briefly, and one of the scene’s most interesting bands, The Liars, gets even less attention. Several other mentions are made, but each is so quick as to be forgettable.

Because of this shifting focus as we weave from The Strokes to Interpol to the Yeah Yeah Yeahs and beyond, things get messy. It’s impossible to keep track of every band and person introduced.

If the filmmakers had whittled down the book’s focus just a bit more, they could have delivered a more interesting documentary.