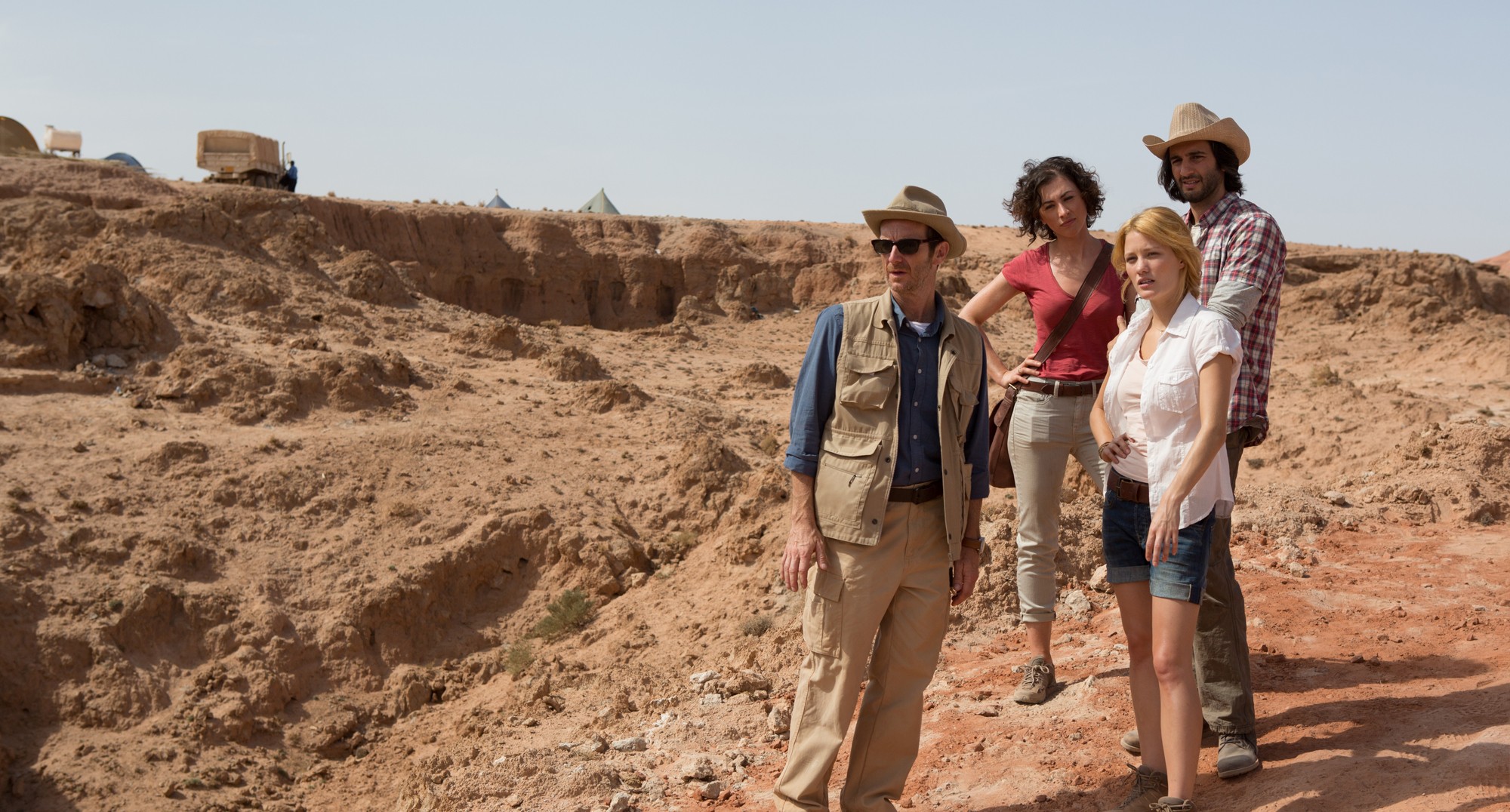 The Pyramid could not have better timing. Had the film been released just a few weeks later it would missed its opportunity to rank among the very worst films of 2014.

To be fair, a really good creature feature is incredibly difficult to make, so you can hardly blame first time director Gregory Levasseur for not even trying. Instead he’s crafted a The Descent knock off that can’t rise above the caliber of a late night, made for cable TV movie.

His Egyptian horror sees a father and daughter archeologist team and the documentarians who want to film their discovery – a mysterious pyramid sitting hundreds of feet below the desert sands.

The bickering parent and child are played by American Horror Story’s Denis O’Hare and bad actress Ashley Hinshaw, respectively (but not respectably). That Hinshaw plays an archeologist seems less ludicrous only if you remember that Denise Richards played nuclear physicist Dr. Christmas Jones in The World is Not Enough. But at least that was back when the Bond films embraced their campy awfulness. The Pyramid is just awful.

O’Hare serves an unseemly purpose in his American Horror Story roles, but he’s not a strong enough actor to elevate this dreck. Hinshaw’s worse, and Christa Nicola is community theater bad as the documentarian risking life and cameraman for that elusive Emmy.

The only castmate to acquit himself with any level of respectability is former Inbetweener James Buckley, who still struggles mightily with this script.

An aside: When you’re writing a screenplay and you’ve trapped all your characters with unnamed beasties in a labyrinthine catacomb hundreds of feet below the earth’s surface, you may want to limit your use of the lines “we have to get out of here” and “we need to find a way out of here” to fewer than 200 instances apiece. It sort of goes without saying.

Oh, yes, and the beasties – if you squint and pretend they are ill-conceived but earnest odes to Ray Harryhausen and not simply weak, uninspired, fake looking props … Basically, it’s just too much work to have to pretend they don’t suck. Like the movie itself. It’s best just to accept it.