The world of acting felt a profound loss this weekend with the passing of Philip Seymour Hoffman, among the most versatile and gifted actors of this or any generation.

He began his career playing variations on the theme of whining rich boy, but an artistic partnership with the brilliant filmmaker Paul Thomas Anderson highlights Hoffman’s magnificent range. From lonely and misguided Scotty in Boogie Nights, to Punch Drunk Love’s volatile Alpha dog Dean, to the deeply decent and compassionate nurse Phil in Magnolia, Hoffman’s ability to bring a character’s humanity to the surface is evident.

He had a particular gift for supporting roles. Ensemble work seemed a joy to him, and his small roles in The Big Lebowski, Along Came Polly, Hard Eight, Moneyball, Strangers with Candy, Cold Mountain, Almost Famous, and The Ides of March contributed immeasurably to the artistic success of the films. In fact, he’s the only thing about Polly worth remembering, and he is hilarious. There is truly not a single film or performance that doesn’t deserve a mention. His few onscreen minutes in Catching Fire elevated the entire Hunger Games series, giving its underlying conspiracies and machination a chess match brilliance. He was even great in the teen zombie comedy My Boyfriend’s Back. The guy was a genius.

Hoffman was the definition of an actor. His talent was breathtaking. He breathed the rarified air shared only with Daniel Day-Lewis and Meryl Streep, and his skill and presence will be deeply, sorely missed.

Here, in chronological order, is our list of essential Philip Seymour Hoffman viewing.

Todd Solondz’s unforgettable black comedy benefits from a subversively brilliant screenplay and an ensemble who relished the outrageous opportunities that piece of writing held. Every performance in the film is a thing of beauty, including Hoffman’s creepy obscene phone caller Allen. The climactic scene with the object of his twisted adoration, played by Lara Flynn Boyle, is a work of dark comic genius.

Another true ensemble piece, the film’s steadiest heartbeat is the down-to-earth home health care nurse played by Hoffman. He approached the role with understatement and unveiled a level of compassion that not only characterized this man’s calling, but allowed the audience to find a way to empathize with the rest of the less likeable characters. It’s a beautifully nuanced and deeply authentic performance.

As legendary rock critic Lester Bangs, Hoffman gives Almost Famous its critical reference point, as the middle ground between the two worlds the young William (Patrick Fugit) is juggling.  Even with limited screen time, Hoffman conveys a funny, heartfelt, and deceptively sad persona that is essential to the film’s success.

Hoffman received his first Oscar nomination for the 2005 biopic, which makes you wonder where the Academy’s heads had been the previous ten years. He won for his unerring turn in this beautifully observed film about the writing of Capote’s masterpiece In Cold Blood. Never one to shy away from a character’s faults, Hoffman unveiled an equally sympathetic and mercenary soul as the writer befriends inmate Perry Smith.

The year 2007 was a big one for Hoffman. He garnered an Oscar nomination for his supporting turn as Gus Avrakotos, government agent working with senator and playboy Charlie Wilson (Tom Hanks) to assist Afghanistan rebels in their war with Russia. It was one of three performances that year that could easily have earned Hoffman his second Oscar, each as different from the other as performances could be. He gives needed edge and weight, as well as biting humor, to a film that could have been too sentimental otherwise.

Also that year, dream team Hoffman and Laura Linney play a brother and sister faced with caring for their aged, abusive father.  Full of brilliant, darkly funny insights on correcting old wounds, responsibility versus irresponsibility, inevitability and family, the film is queasyingly realistic and relevant but the performances are a laugh riot, uncomfortable as they are.

In his third award-worthy turn in 2007 Hoffman finds himself with a character that a great actor would dream of and the lesser of the world could only screw up. An older brother (Hoffman) hiding dark, addictive behavior, talks his sad-sack younger brother (Ethan Hawke) into something unthinkable. Desperate for approval, sensitive in the weirdest moments, black hearted the next, Andy is a fascinating character thanks to Hoffman’s effortless genius.

Hoffman and Meryl Streep – one of his only true peers – face off as a priest who may have molested a student and the nun who will doggedly pursue the case. Hoffman never judges his character, bringing a self righteousness and grace to the part that allows the audience to doubt his guilt. Without that, the film bottoms out into just another finger pointing diatribe on the Catholic Church. But because Hoffman could walk the line perfectly – and because Streep and co-stars Viola Davis and Amy Adams are so goddamn talented – the film is a brilliantly ambiguous conundrum.

Thank you , Mr. Hoffman, you will be missed. 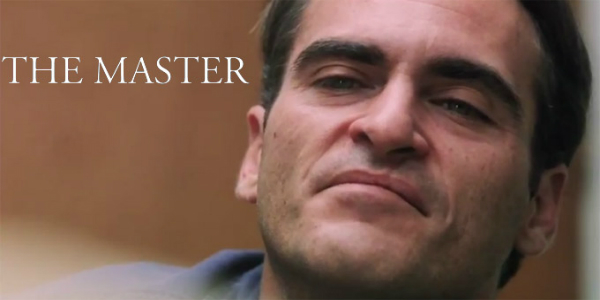 Filmmaker Paul Thomas Anderson has made six near-perfect films in his brief time on this planet, the latest of which, The Master, may be his most confident and ambitious. If box office numbers are accurate, you probably missed it. That is a genuine shame, and one you can rectify immediately, as the three-time Oscar nominee hits DVD shelves today.

A seriously damaged WWII vet-turned-vagabond (Joaquin Phoenix, in an astonishing performance) stows away on a yacht. Its enigmatic commander (Philip Seymour Hoffman, incandescent as always) takes the boy under his wing, determined to use this vessel to prove his theories about the human mind – to himself, to the veteran, and to an increasingly hostile public.

Phoenix is a tightly coiled spring of rage and emotion, so honest and raw as to make your jaw drop. He’s flanked on all sides by impressive turns, not the least of which is Hoffman’s perfectly nuanced megalomaniac. His presence provides the counterbalance to Phoenix that allows Anderson to explore core American ideas of freedom versus security, submission versus power, self determination versus subservience. It’s a challenging but awe-inspiring film that proves Anderson the true master.

All of Anderson’s films demand to be seen, including his 1996 debut feature Hard Eight (aka Sydney) a sly piece of film noir that foreshadows some of the themes he would revisit in The Master. Set on the outskirts of Las Vegas, Hard Eight follows an accomplished gambler (Phillip Baker Hall)who takes a down and outer (John C. Reilly) under his wing. Also featuring Gwyneth Paltrow and a mesmerizing performance from Samuel L. Jackson in a pivotal role, Hard Eight is a raw but impressive beginning for a true visionary.

Really, Paul’s genius should be no surprise. After all, he’s the son of Ernie Anderson, aka “Ghoulardi” from Cleveland TV in the mid-1960s, so his rise to America’s finest filmmaker was just a matter of time.