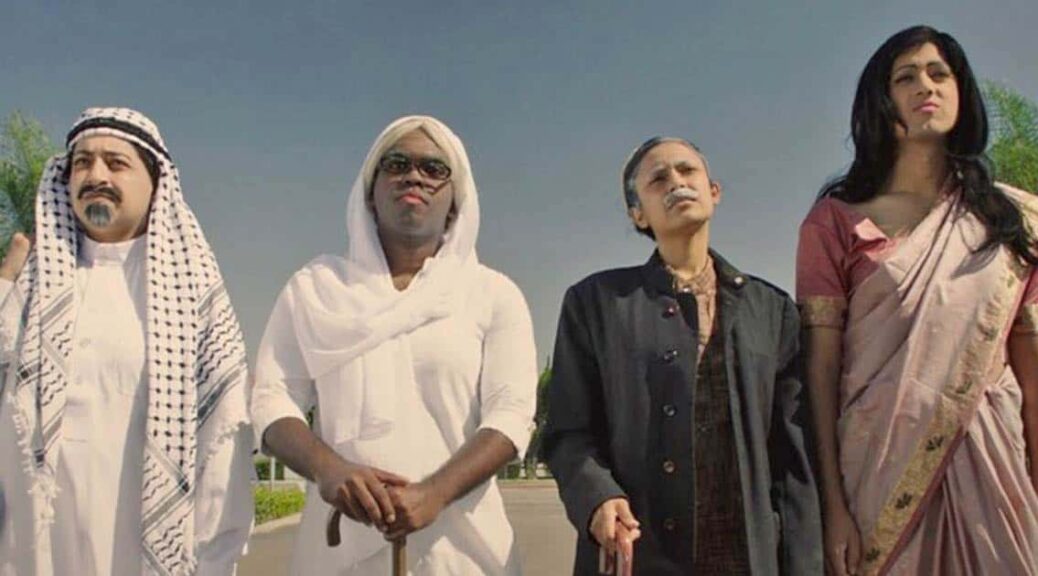 A stew of early aughts comedies, Wes Anderson stylistic aspirations, and a refreshingly silly story, Four Samosas by director Ravi Kapoor is 80 minutes of numbing comfort. Following a rag-tag team of perpetual underachievers through a hilariously low-stakes heist, the film does little to garner a reaction – a trait that serves the goofy atmosphere well, but fails to earn genuine interest.

Perhaps the most delightful aspect of Four Samosas is its incredibly linear plot. There is something palpably refreshing about allowing a film to happen to you as opposed dedicating intense brain power to it. There are no opinions to be formed, no intellectual thoughts to force… just relaxing silliness unfolding easily and inconsequentially. In a climate of 2.5-hour movie minimums, sometimes an 80-minute flick sprinkled with Bollywood-inspired gags is a welcome change.

Of course, pure enjoyability does come at a narrative cost. The story is largely uncompelling, often sacrificing potential moments of emotional catharsis for gags. This comes back to bite in the third act, where the film attempts to cash in on a handful of undercooked themes. For example, protagonist Vinny (Venk Potula) has a briefly explored strained relationship with his newly religious father. Their introductory scene leans more humorous than expository, making their eventual dramatic blowout feel awkwardly unearned. If the film had dedicated more time to being genuine, the resulting payoffs would be more robust. Instead, anything past skin-level emotion becomes Four Samosas’s weakest point.

It’s a shame Vinny’s emotions aren’t explored further, as Potula shows a capable range of expression. His performance shines brightest when compared to his other, more obviously layman co-stars. While Potula delivers a largely authentic, strong character, the supporting cast are more over-the-top, endearing amateurs. This feels like the result of mismatched talent levels and directing concentration.

Though Four Samosas has all the charm and little of the wit of its retro inspirations, the 80-minute pure comedy is a refreshingly light treat for audience palates.