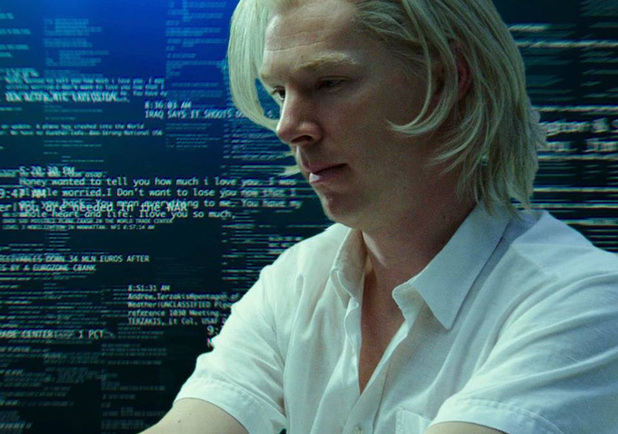 The Fifth Estate tries to be a lot of things: a character study, an international thriller, a magnifying glass on the eternally combustible definition of journalism. Had its focus been less fragmented, a powerful film might have emerged.

Back in 2006, an Australian Internet activist launched a website with the goal of sharing classified documents globally by making it impossible to trace sources. He believed he was protecting the whistleblowers. As Oscar Wilde and Julian Assange say: Give a man a mask and he will tell you the truth.

Assange (Benedict Cumberbatch) was that charismatic “hacktivist”, and he soon collected a handful of loyal underlings, as well as 1.2 million classified documents.

Within months, Assange and crew were in hot water with the US government, among others, as their unfiltered version of journalism begged the question: Are there things that should not be shared with the public?

It’s a fascinating debate centered around an intriguing figure, but director Bill Condon can’t manage what David Fincher made look so easy: tell a socially relevant tale about how technology is revolutionizing our lives, anchor the story with a fascinating yet oh-so-nerdy character, and keep away from the death trap image of a guy at a keyboard. Because The Fifth Estate and The Social Network are essentially the same story.

Sure, no one died because of Facebook, but otherwise, it’s the look-alike tale of a social misfit, his zeal and brains and toxic insecurities, and the friends he hurt in the name of success. But Condon’s story contains a built-in excitement the Zuckerberg story couldn’t hope to reach.

Perhaps Condon put too much faith in screenwriter Josh Singer, a scribe primarily known for work in TV. Singer adapts two nonfiction titles on the topic, which may account for the splintered vision. His script too often tells rather than shows, relies on the most obvious kind of shorthand to explain Assange’s personal baggage, and offers ham-fisted proclamations to drive points home.

To his credit, Condon certainly cast the picture well. Cumberbatch owns the film. He is characteristically wonderful, bringing life to the ego, charisma and insecurity that mark a zealot. The yin to his yang, Daniel Bruhl offers his second excellent performance of the season (after his award-worthy turn in Rush) as the level-headed line around Assange’s chaos.

The underused but magnificent Laura Linney and Stanley Tucci also help keep the film entertaining. In fact, the strong performances are reason enough to spend some time with the film, but given the source material, the pull should be more compelling.