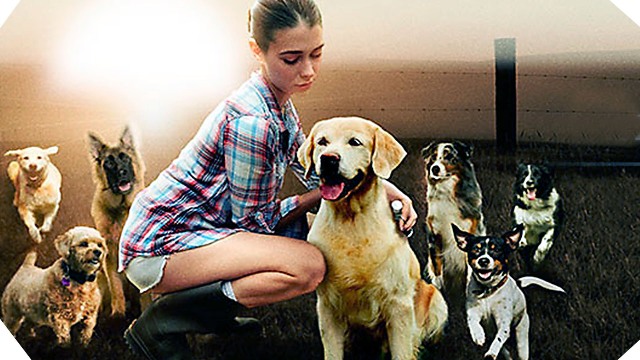 A young city girl wants to make a difference. She has no idea what she’s doing, and stirs up a lot of dust in a small rural community. Also there are dogs.

Sara Gold works for the United Animal Protection Agency (UAPA). The offices are pristine and corporate, mysterious for an agency which can’t afford to even pay the people manning its desks, but Sara is up for a “promotion” anyway and is ready to make a name for herself.

Sara is assigned to go undercover, posing as a second-year vet student and eager summer intern, at the Holloway family owned and operated dog breeder. There have been allegations of inhumane circumstances, and armed with a handful of wireless cameras, Sara is determined to get justice for the dogs she loves so much.

The strangest thing about The Dog Lover is that there really aren’t many dogs, not in the way you’d hope. While the opening credits are composed of various internet clips of people interacting with their beloved family pets, no one in the film seems to actually love dogs. Sara doesn’t seem to even know any herself. The Holloway family has a house dog, but no one is shown connecting with it.

Director Alex Ranarivelo spends a lot of time peering at big brown eyes through chain link. These shots are sure to tug at heart strings, but fail to create a real connection between any of the actors and their companions.

This puzzle has a lot of pieces that just don’t seem to fit. The struggling family dog breeding business also has horses, a very expensive animal to house. The only time a horse appears useful is when strapping young Will Holloway rides up, shot-gun in hand, to save Sara from threatening red-neck “backyard breeders.” Yes, he actually rides in on horseback.

A lot of work is spent undermining Sara at the outset. When she arrives at the small airport, Will suggests she might want to reconsider. “Reconsider what?” It’s her shirt that’s apparently offensive. Will explains that his father is very conservative. Sara is wearing a v-neck t-shirt.

When she joins the Holloway family for dinner on her first night, she declines an offer of chicken, explaining that she’s a vegetarian. The family reactions vary from disbelief to dismissal. The mother laughs that she was a vegetarian when she was in vet school too, but that she eventually “couldn’t resist.” When Sara hesitates to hold hands at prayer, the father asks gruffly “You aren’t an atheist, too?”

The Dog Lover promises to have heart, but never delivers. It settles somewhere close to Hallmark channel original. The plot isn’t much, the actors are middling to good, and there are some standard Americana shots, including a running herd of horses for good measure.

The film concludes with a warning message fading on a black screen. “Investigate before you donate.” Turns out, the animal protection agency were the bad guys all along, small town America reigns supreme, and the backyard breeders who were actually doing animals harm never get their comeuppance. Woof.