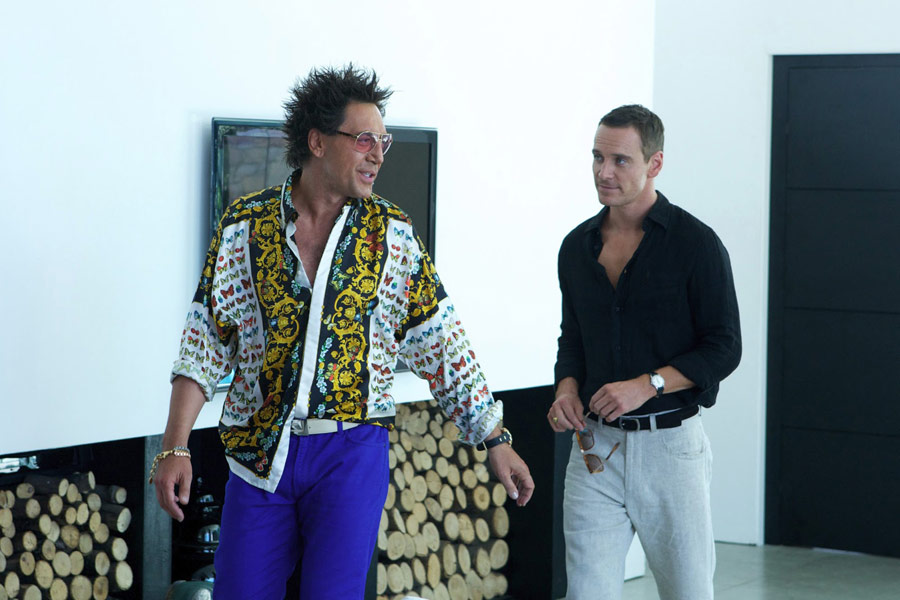 So, you may have heard there’s a new film starring Brad Pitt, Michael Fassbender, Javier Bardem, and Penelope Cruz, that is directed by Ridley Scott.

Well, did I mention it also features the first original screenplay by Cormac McCarthy, one of the greatest writers alive?

No doubt, The Counselor seems like a natural, but while it may not be a complete whiff, it’s an uneven reminder that even the biggest hitters can foul one off at crunch time.

McCarthy, author of No Country for Old Men, The Road, and All the Pretty Horses, revisits familiar themes and favorite locales for the story of a naive attorney who ignores warnings to stay out of the drug trafficking business.

Fassbender is the never-named counselor, newly engaged to Laura (Cruz) and apparently living a bit beyond his means. His professional dealings with Reiner (Bardem) and his mysterious girlfriend Malkina (Cameron Diaz) introduce the counselor to the riches possible in the drug trade, and he is seduced enough to want in.

Of course, this is not a wise move.

The message here is accepting the results of the choices we make, and realizing our shared culpability for the ugly worlds we try to ignore. When these messages hit, they hit hard, but they are too often obscured but too many grandiose speeches and WTF? distractions.

From seemingly nowhere, the focus shifts to the kinky sex favored by Malkina, and Diaz, the weak link in an otherwise stellar cast,  pushes the vamp meter to the edge of comedy.

As eloquent as McCartny can be, his screenplay features overlong wordplay, and too many moments of obvious foreshadowing. When the counselor (and, by extension, the audience) is graphically told about certain methods the drug cartels use for killing, you know these methods are in someone’s immediate future.

Scott sets his scenes well, and is able to sustain fair amounts of tension and dread from the dangers that often remain out of sight, a formula that worked to perfection in No Country for Old Men.

Here, though, the overall effect is undercut by too many characters with unclear connections. The Counselor is a film with too much of just about everything, and ironically, a tale that might have worked better in book form.