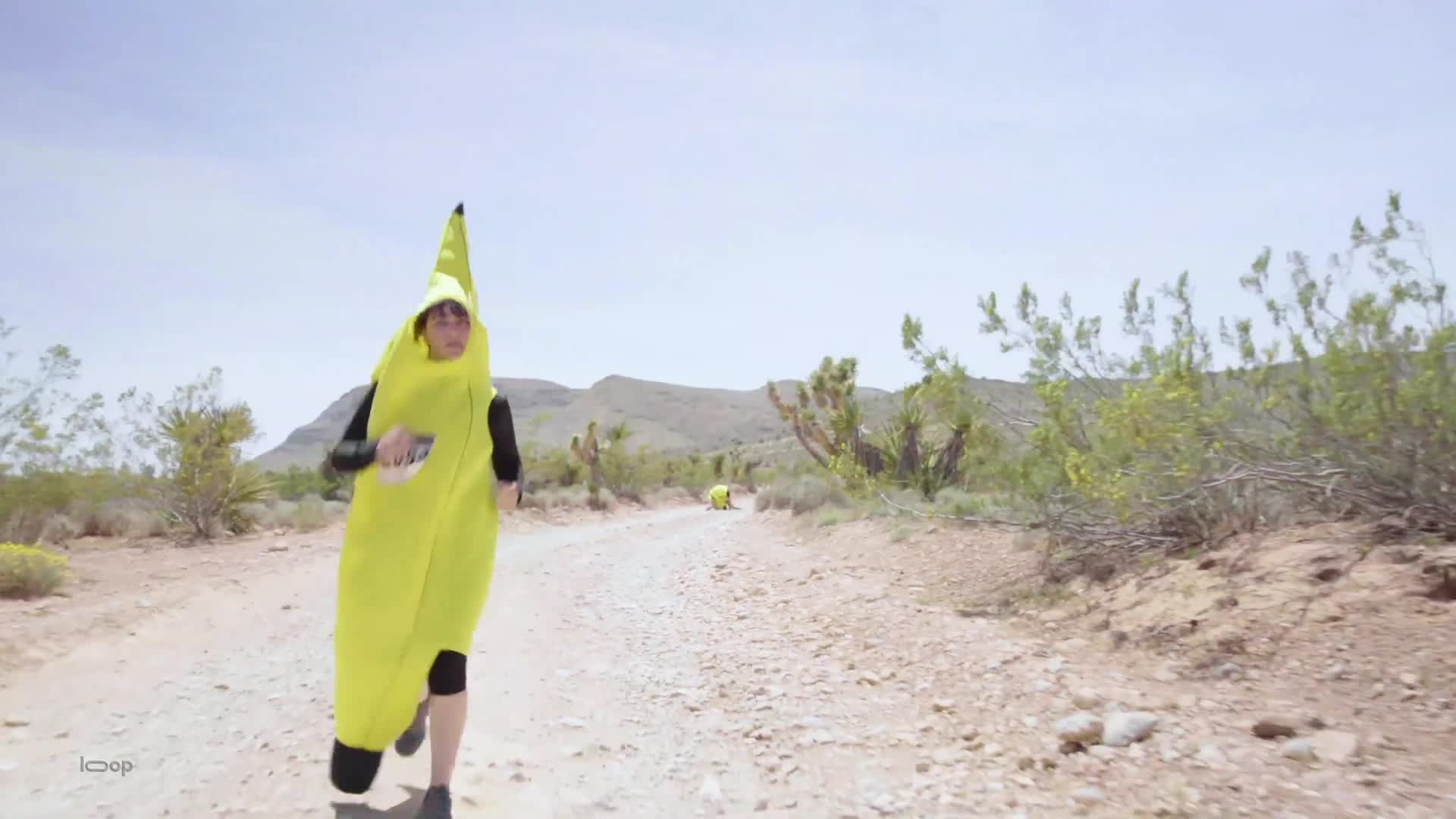 “Runners are a stupid breed.”

That is a direct quote from my doctor after I re-injured myself for the 11th or 12th time from running. He may have consulted on Anthony Guidubaldi and Keith Strausbaugh’s screenplay for their new mockumentary, Marathon.

Amateur documentarians follow five runners as they train for an off-brand marathon organized by Ed Clap (Jimmy Slonina), the owner of a shoe store, equally off-brand.

In much the way the master of the genre Christopher Guest used dog shows and community theater to explore particular personality types, so do Guidubaldi and Straugsbaugh set a group of oddballs loose inside the idiocy of marathon training.

For Shareef Washington (Tavius Cortez), this is about sibling rivalry. Unfortunately, he has to do all his training on a treadmill because whenever he runs outside, he gets arrested by white cops. Jenna (Natalie Sullivan), on the other hand, wants to break the world record for marathon runners dressed as fruit.

Crews also tail a woman (Anais Thomassian) trying to remember life before motherhood and an insecure man (Andrew Hansen) hoping to prove himself to his ex-wife by qualifying for the Boston Marathon.

So, the runners range from desperate to lunatic, sometimes in insightful and often in amusing ways. Hansen’s quickly deteriorating relationship with Jeff, the cameraman we never see, delivers the film’s funniest moments.

The keenest insights may come by way of Emilou (Kimia Behpoornia), who drops out the moment she realizes marathons are 26 miles long. Her crew stays with her through race day, though, just to prove how much better life is when you’re not training for a marathon.

Though Hansen is clearly the film’s brightest spot, the filmmakers pieced together an entirely solid ensemble. Droll performances suit the script and keep your attention, but the story itself lacks much real punch. Worse, the police oppression subplot feels tone-deaf at best.

Still, Guidubaldi and Strausbaugh understand something my doctor saw perhaps too well, and that’s why their affectionate ribbing rings so true.