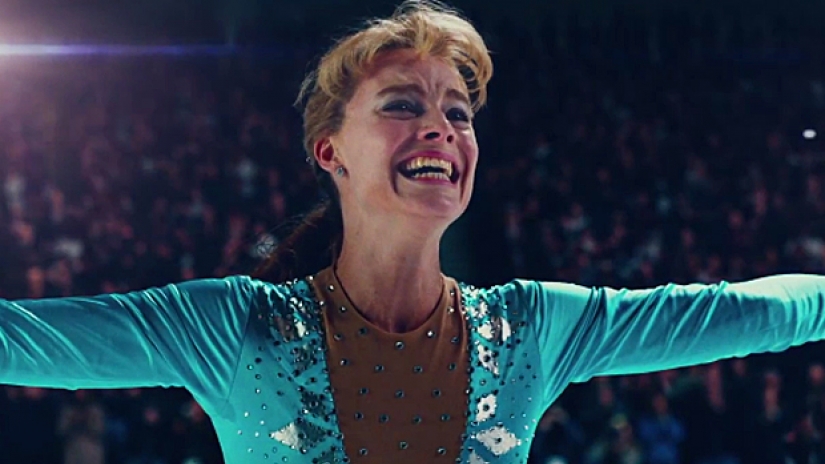 “There’s no such thing as truth. Everyone has their own truth.”

That snappy piece of dialog is just one of the sharp edges I, Tonya uses to place a decades-old scandal right at the heart of an American cultural shift that feels mighty familiar.

Director Craig Gillespie, armed with a whip-smart script and a stellar ensemble, comes at the Tonya Harding 1994 Olympic soap opera from the perfect side: all of them.

The screenplay, a new career high for Steven Rogers (Hope Floats, Love the Coopers), breaks the fourth wall early and often, priming us for an array of “totally contradictory” testimony from these trailer-park super geniuses constantly pointing fingers at each other.

As Harding, Margot Robbie is electric, relishing the chance at a meaty lead role and proving worthy of every second she’s onscreen. We come to this film with any number of preconceived notions about Harding, so Robbie has to break through them and find the sympathetic layers.

She does, playing Harding as an unapologetic fighter, clinging to a sport that doesn’t want her while battling a cruel mother (certain Oscar nominee Allison Janney), an abusive husband in Jeff Gillooly (Sebastian Stan), an idiotic “bodyguard” with 007 delusions (Paul Walter Hauser) and eventually, a rabid public.

Or, maybe she was an ungrateful daughter and a scheming wife, in on the plan to hobble rival Nancy Kerrigan and eager to play the victim at her first opportunity.

Gillespie makes it a fascinating and darkly funny ride, with an undercurrent of bittersweet naivete. As the 1994 Winter Olympics get underway, we see Tonya’s drama play out alongside the birth of reality television, the rise of tabloid journalism and the start of the O.J.Simpson tragedy.

We would never be the same.

I, Tonya embraces the surreal nature of this tale but never mocks or condescends, even in its most comical moments. There’s poignancy here, too, plus tragedy nearly Greek in nature and a damn fine mix of real skating and visual trickery.