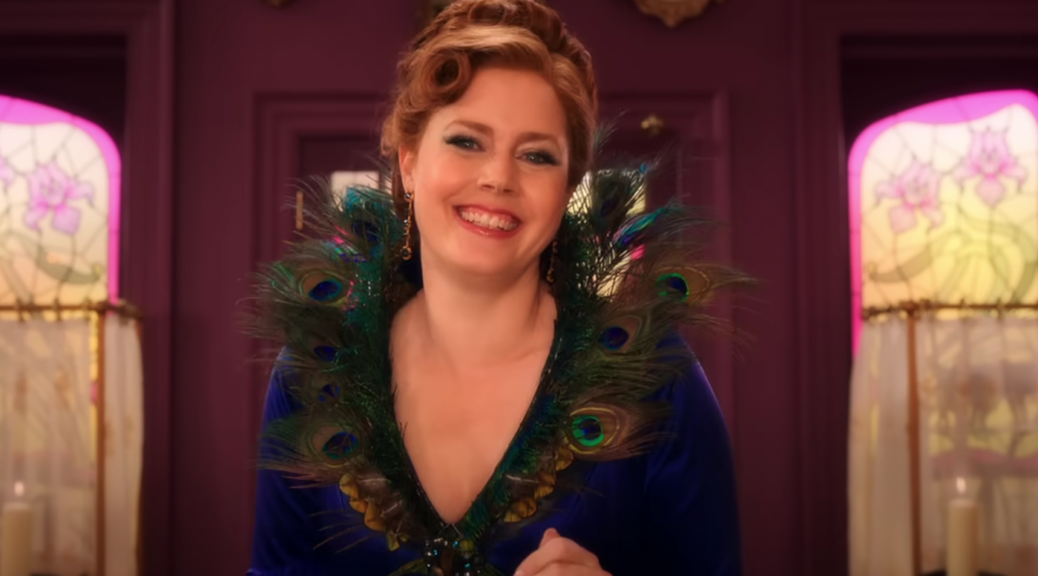 Amy Adams’s small part in Spielberg’s Catch Me If You Can stood out, even in that pool of talent. Her role in Phil Morrison’s 2005 indie Junebug nabbed her the first of many Oscar nominations. But she wasn’t really a star until she donned that enormous, sparkly white dress and went searching for love’s first kiss in Disney’s unabashed 2007 mash note to Disney, Enchanted.

Between 2007 and today, Adams has earned an additional five Academy Award nominations and worked with many of the greatest directors and actors to live. The fact that she chose to reprise her role as wide-eyed innocent Giselle in Disney’s tardy sequel Disenchanted is reason enough to be intrigued.

And Maya Rudolph as the evil queen? I’m listening.

Giselle and her beloved Robert (Patrick Dempsey) leave New York City behind for the fairy tale world of suburbia, the now-teenaged Morgan (Gabriella Baldacchino) and their own toddler in tow. Things don’t go as magically as Giselle had hoped, not because suburbia is so terrible, but because having a teenager is.

Desperate for the happily that’s supposed to come ever after, Giselle wishes for a life like a fairy tale. What she forgot is that she’s a stepmother, and that’s never a good thing in a fairy tale. Soon, she’s battling it out with Rudolph’s Malvina to see who really deserves the title of evil.

There’s also a bit about Morgan finding her inner hero, Robert discovering his purpose, there’s a teen romance, dire consequences back in Andalasia, a lengthy animated preamble, and, of course, singing.

Lyricist Stephen Schwartz and composer Alan Menken return with songs less memorable than the three that earned them Oscar nominations in 2007. In fact, besides a couple of exceptional villainous costumes, very little about Disenchanted stays with you.

It’s overstuffed and feels it. Rather than making an interesting point about midlife crises or – better still, the ill effects of a lifetime of Disney nonsense on a female’s outlook and sense of self-worth – Disenchanted settles for a watered-down “everything’s fine” message.