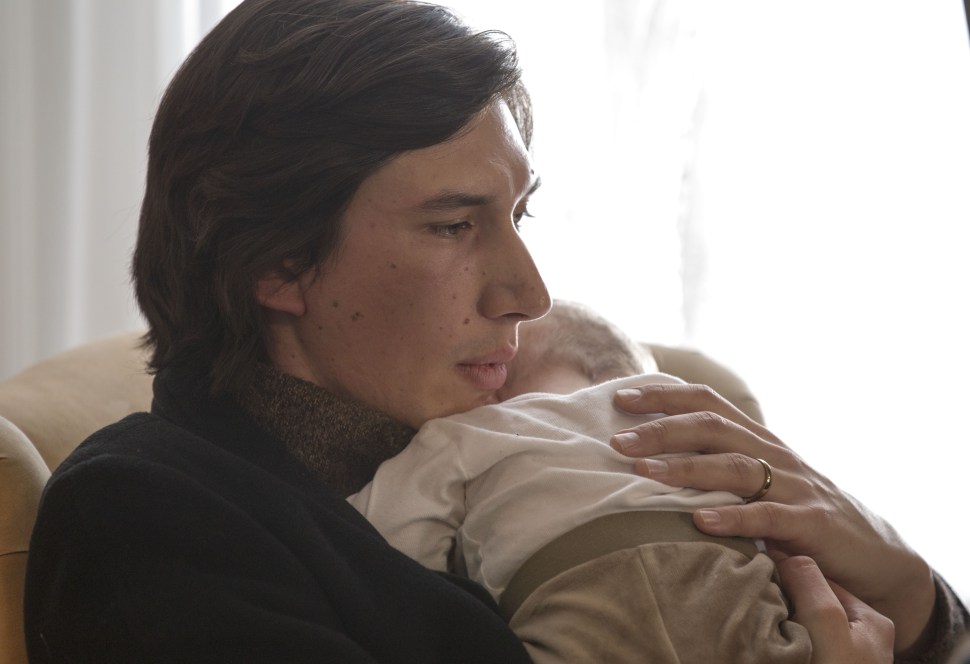 New parents can easily panic at the counterintuitive, conflicting, hyperbolic, self-righteous nonsense that purports to be parenting advice. At no time in your life do you feel more of a need to be strong and reliable, and at no time do you see yourself as more of an underprepared moron. It can be terrifying.

Hungry Hearts mines that terror in provocative and insightful ways as it invites us into the crumbling relationship between Mina (Alba Rohrwacher) and Jude (Adam Driver).

Jude and Mina’s tale is told in terms of proximity rather than intimacy. From their remarkable meeting throughout their courtship and marriage, their story is articulated by its confinement, the fragile power struggle almost always shown in corporeal terms: Inside this small space, whose body is controlling whose?

From this perspective, the casting is impeccable, with Driver’s unintimidating lankiness at odds with, and often physically overwhelming, the petite Rohrwacher.

Driver is a master at walking the line between vulnerability and believable insincerity, a skill he puts to impressive use here. Jude seems so harmless, sees himself as harmless, and he certainly doesn’t intend to do anything other than love and respect his family. That’s why he’s so confounded when it all goes south.

It’s a provocative story where Jude’s seemingly small acts of power lead to the need for more concrete acts, although it is Mina’s helplessness in the face of all those small but profound betrayals that created her paranoia in the first place.

Director Severio Costanzo traps you in this insulated world. What looks and feels like an indie drama gives way to the distorted camerawork and intentional score of horror. The tonal shift doesn’t always work, and the third act feels too tidy and conventional for the film itself, but you never lose interest.

What Costanzo has created, and what his small but game cast has almost perfectly animated, is a nuanced, delicate nightmare of helplessness, control and madness with the fate of a 7-month-old in the balance.