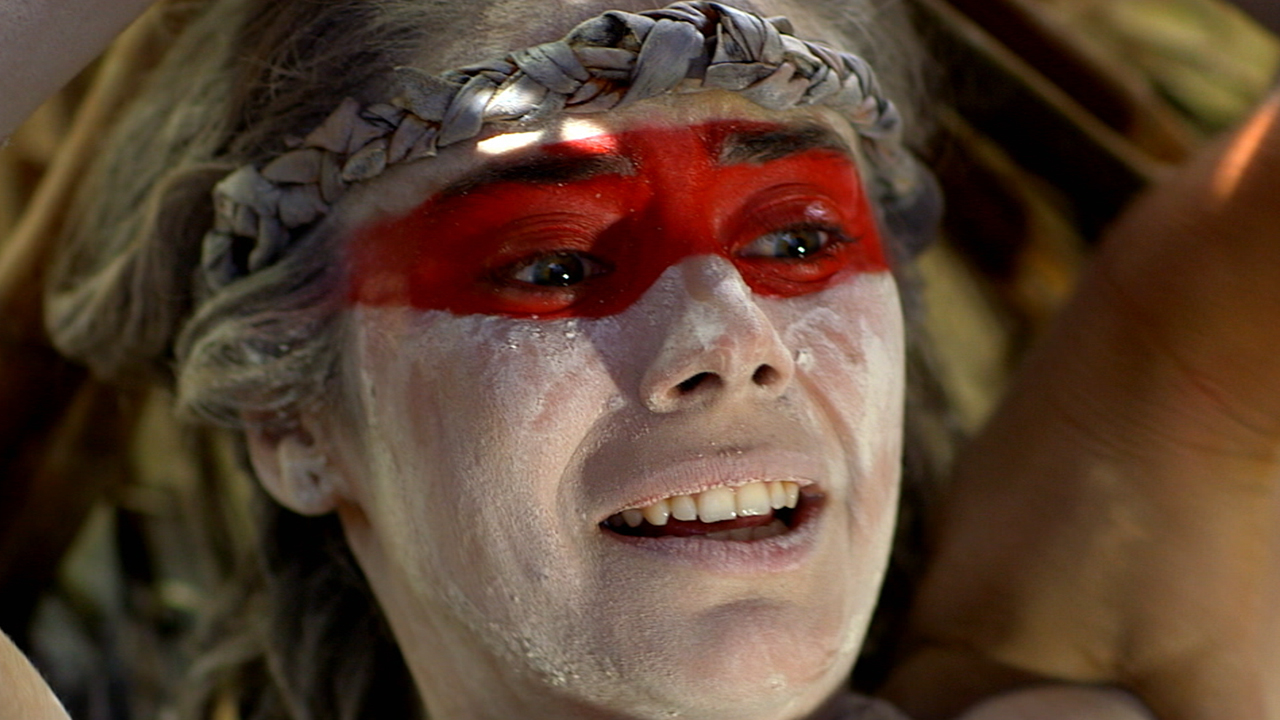 Filmmakers often use their work to pay homage to other filmmakers. Sometimes this looks like a direct rip off, but when done well – as it was earlier this year in David Robert Mitchell’s It Follows – it can elevate a picture while generating nostalgia and paying tribute.

It works better if the films you homage were good in the first place, though.

Love him or hate him (and it appears most everyone does one or the other), Eli Roth is one such filmmaker. His latest, The Green Inferno, takes inspiration from a very particular style of film. These cannibal flicks, mostly made by Italians in the late Seventies and early Eighties, dropped naïve Westerners in jungles populated by flesh hungry head hunters.

Roth’s flick does likewise with a set of idealistic college students, including Justine (Lorenza Izzo – Roth’s real life wife). They just want to stop developers in Peru from destroying tribal villages, but when their plane crashes deep in the jungle, they go from activists to appetizers.

Though it’s a slog getting to the action, when Inferno finally does pit student youth group against Peruvian cannibal tribe, blood, limbs, and entrails go flying.

Like most of Roth’s work, there’s a dark and cynical sense of humor underlying the melee. As with his Hostel films, beneath the concussive violence and body part slurry there lies an attempt at political insight. But with Inferno, the traditional heroine arc and confused jabs at political correctness undermine any relevant statement.

Plus, the acting is abysmal, the writing clichéd, and the comic moments are so poorly executed you get the feeling the filmmaker and his writing partners felt equal contempt for characters and audience alike.

For true fans of this particular genre, though, solid performances and stellar writing are hardly the point, but here’s the rub. The Green Inferno feels like nothing more than a neutered Cannibal Holocaust.

Not that we need another Cannibal Holocaust, nor do we probably need to resurrect a genre that died out for reasons as extreme as those associated with the jungle cannibal movie, but if you can’t improve on its weaknesses and you can’t match its bombast, what is the point, exactly?