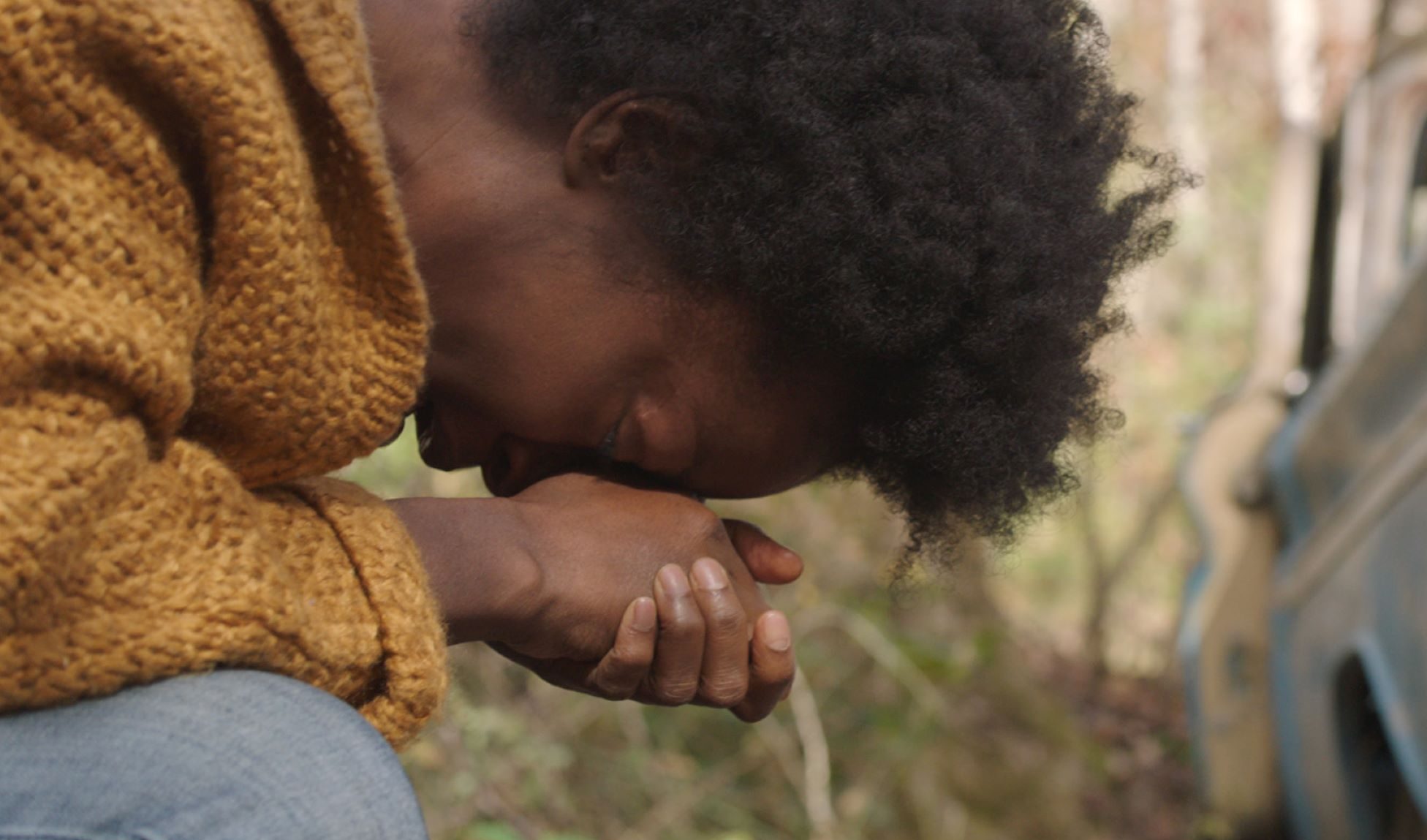 It’s almost time once again for Nightmares Film Festival, which will be hosted virtually this year as NFF: Masquerade. This fest all but guarantees that you’ll find a new favorite film. Last year, for us, that was The Devil to Pay (originally called Reckoning).

“We were honestly shocked and surprised by how the horror community embraced this film because, to me, this is a straight family drama,” says co-writer/co-director Ruckus Skye. “It did really well in genre festivals but I was surprised by it. We wanted a Southern Gothic tall tale kind of a thing.”

Ruckus and Lane Skye’s thriller makes its debut on VOD today, and they were kind enough to answer a handful of questions about working together, Southern women, and their film’s glorious lead, Danielle Deadwyler.

“The film wouldn’t exist if she didn’t exist because we wrote it for her,” says Ruckus. “We met Danielle a few years earlier through the Atlanta arts community and the three of us wanted to work together, but the right project never came out. Finally, Lane and I said, ‘Why don’t we write something for her?’ We knew we wanted to make a Southern Gothic thriller, and this was the story we came up with. We wrote it and handed it to her and crossed our fingers that she’d like it.”

“She liked it so much that she came on as a producer to help get it made,” Lane says.

Deadwyler plays Lemon, an Appalachian farmer who struggles once her husband goes missing. He may or may not have run afoul of the most powerful person on the mountain, Ms. Tommy Runion, played with unerring superiority and Southern charm by Catherine Dyer.

“Officially, the community values how long you’ve been on the mountain more than anything else as far as status goes,” Lane explains. “But especially being in the South, any time you see a black family surrounded by white people who are persecuting them, you cannot help but draw your own conclusions about what is happening.”

For a film that pits matriarch against matriarch, the Skyes had a couple of influences.

“My family became matriarchal after my grandfather died,” Lane recalls. “All my aunts and uncles live in the same place, and once my grandmother became the oldest in the family, she got to make the family decisions. So that idea that whoever’s the oldest member, whether they’re male or female, is the one in charge worked really well here.”

“Also, I like to think about praying mantises and how the women are way stronger and more fierce than the men,” Ruckus adds. “I think Southern women are especially fierce.”

They say The Devil to Pay took them only 12 days to write and a total of three months to make.

“We were just insanely motivated. We were excited about the idea and we had a window, if we could get it together fast enough,” Ruckus says. “That is absolutely the fastest we’ve ever written anything.”

“There are definitely a lot of themes and ideas in the film that we love and that we’ve been stewing on for a long time,” Lane says. “A lot of this world has been in our brains for a while.”

The pair, who co-wrote 2020’s drive-in hit Becky and are working on a coming-of-age film for Becky star Lulu Wilson called Hearts on the Run, have an intricate system for working together.

“We come up with the idea together or we shape it together and then we’ll break the story in a room together,” says Lane. “But when we get to the actual writing part, we don’t ever write in the same room because we’d probably kill each other. We have this really elaborate dropbox structure and we go back and forth.”

“We break it down by every single scene in the movie,” Ruckus says. “That way she can be writing one scene and I can be writing another. It took us a while to get to that, but we just rewrite each other until we both think it’s done.”

And when directing together?

“On set directing, the golden rule is we don’t move on from a set up or a scene until we’re both happy,” says Ruckus. “Because we’ve written and developed it, by the time we’re on set we’re working from the same vision. So, a lot of arguments when we’re writing, not near as many when we’re actually shooting because we kind of know where we’re going with that.”

The pair say they began writing comedies, which brought no success at all. Once they realized that all their favorite films were thrillers, they changed course.

“We make films that we want to watch, so it’s just us satisfying our own tastes,” Lane says.

“We are more concerned with the grounded reality of characters rather than cool ways to kill someone,” Ruckus admits. “We say that we write heartwarming movies where people are murdered.”

The Devil to Pay is available today on all major VOD platforms.

Finally, someone truly understands what it’s like to be an incredibly angry adolescent girl.

At the very least, Jonathan Milott and Cary Murnion’s film Becky understands enough to be afraid of her.

The titular 13-year-old, played with convincing charisma by Lulu Wilson, is a handful for her widowed father (Joel McHale). Still, dad has decided this is the weekend to take Becky for a getaway with his girlfriend (Amanda Brugel), and her 5-year-old (Isaiah Rockcliffe). They head to the old vacation cabin for a big talk.

He soon finds that his 13-year-old may not be the scariest thing on earth.

Or, you know what? Maybe she is.

Kevin James plays against type as a swastika-tatted up inmate, leader of a band of escapees. James may be hoping to catch the same mid-career fire Vince Vaughn has been fanning, mainly portraying the heavy in various indie thrillers. Early scenes play well, James cutting a solemnly menacing figure as he quietly organizes and orchestrates. But as the film wears on it becomes clear the actor can’t manage the sinister energy needed to really make an impression.

I’ll take this over Paul Blart, though.

Robert Maillet’s a lot of fun, though. At 6’10”, the one-time wrestler dwarfs even the gangly McHale. He’s no master thespian, but his arc creates a spectacular punctuation for Becky’s own transformation and his sheer immensity brings a little needed anxiety to the film.

The writing team, which includes Lane and Ruckus Skye of the brilliant and as-of-yet undistributed Devil to Pay (originally titled Reckoning), cheats a little with this script. Backstories, motivations and mysteries—particularly as they articulate the villainous characters—feel less undefined than lazily obscured. Between that and James’s inability to truly sell the viciousness in his character, the family’s jeopardy lacks the intensity it needs for this film to truly impress.

Wilson does not. In her hands, Becky is a fascinating character, and it is with this character that the writing team and directors score the most points. The film is bloody, angry and, even for its fairly formulaic premise, unpredictable.