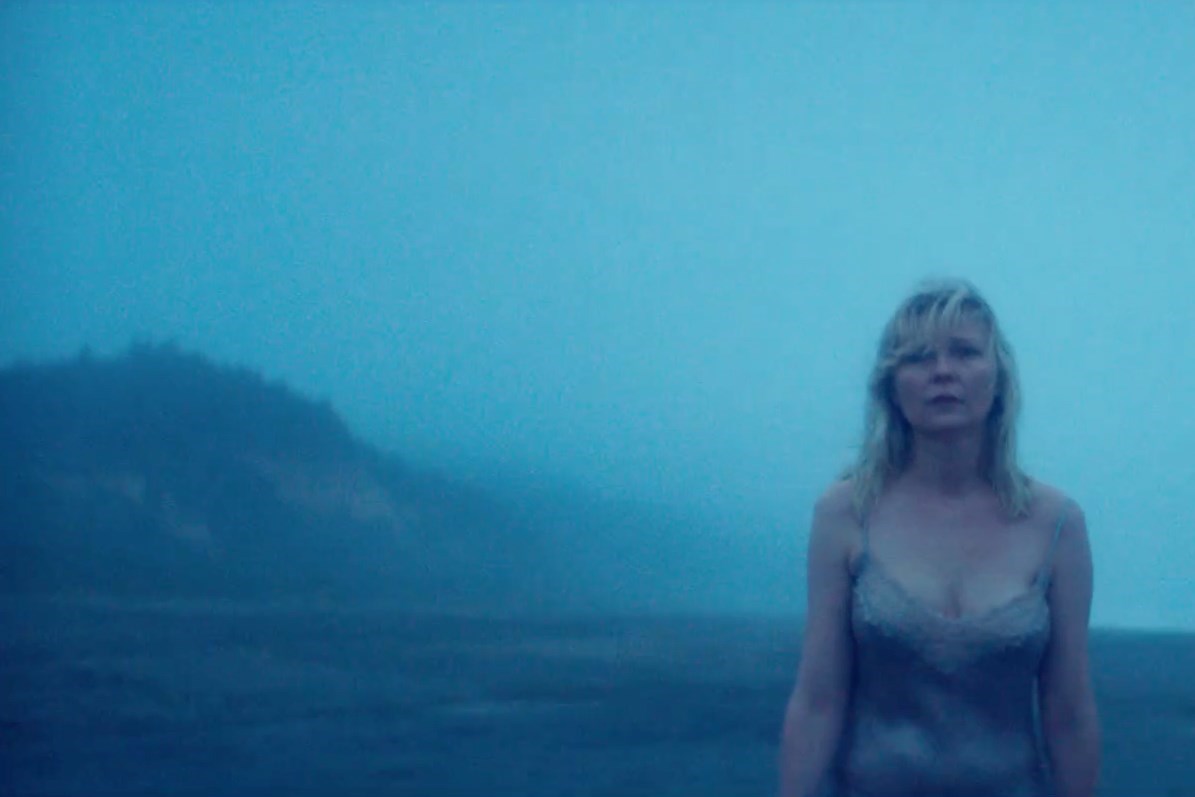 Do you know the Suicide song Dream Baby Dream?

For some, it’s a profound and moving meditation. For others, it is the longest, most unendurably boring song on earth. It figures prominently in one scene in the film Woodshock, becoming maybe the strongest (perhaps unintentionally as well as intentionally) metaphor in the picture.

The film, written and directed by Kate and Laura Mulleavy—better known as fashion icons Rodarte than as filmmakers—follows one woman as she descends from melancholy to full-blown madness.

Theresa (Kirsten Dunst, doing much with very little) works part-time at a legal pot dispenser somewhere in California’s logging country. Marijuana is legal; assisted suicide is not, but many of the shop’s clients are suffering greatly—including Theresa’s terminally ill mother.

The film opens on Theresa dripping some kind of liquid into the contents of a joint, then holding her mother as she passes painlessly from this life.

Hers is a slow—very slow—downward spiral. Woodshock is a character study. Unfortunately, Theresa’s conflict and chaos happen internally, so we spend an enormous amount of time watching her do basically nothing. At the one hour 29 minute mark, she does something. That’s a long wait.

The Mulleavys attempt to offer glimpses into Theresa’s psyche with dreamlike imagery. Their lawless style is equal parts mesmerizing and frustrating. For the power they infuse in their visual presentation they deserve praise. They need to stop ignoring story, though.

Terrence Malick films can sometimes become a confoundingly beautiful amalgam of free-form imagery, episodes disguised as story providing the whisper of a plot. The reason Woodshock doesn’t hold together as well is that the few plot points provided are each of profound importance to character development. Rather than a meditation, the film becomes a highlights reel padded with hallucinatory imagery.

The sisters’ work is formally confident, and rightfully so, but their investment in story is too weak to hold attention. Woodshock offers style to spare, but it’s too shy with substance.