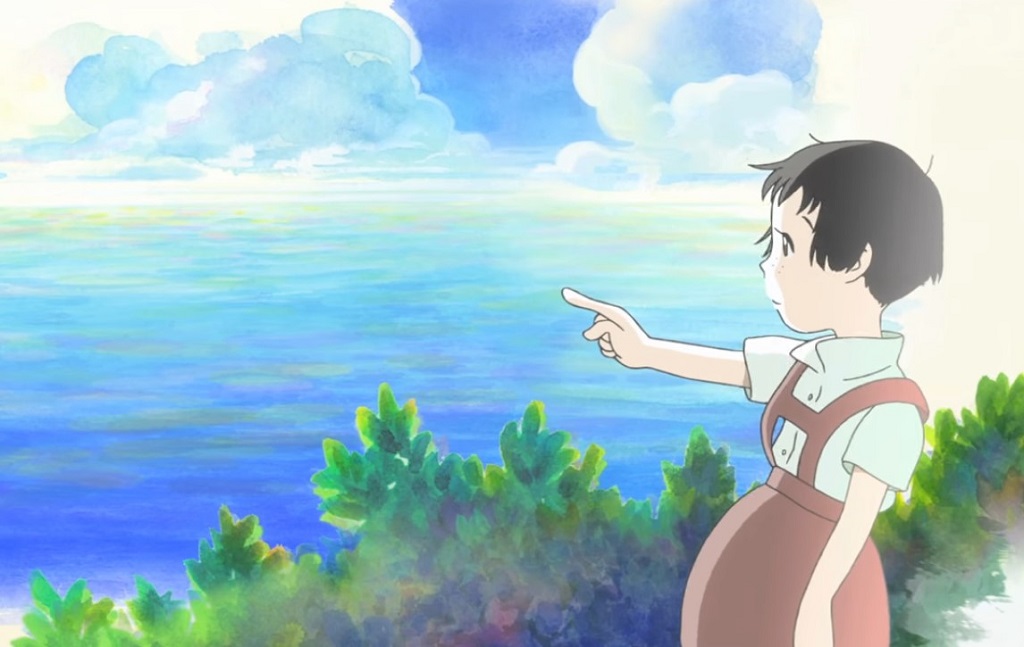 In This Corner of the World

The animated film In This Corner of the World contrasts one of the single most destructive acts of war—the United States dropping the atomic bomb on Hiroshima—alongside a decade of daily life for the inhabitants of Hiroshima and the neighboring port city of Kure.

Suzu (Rena Nounen) is a free-spirited young girl with a talent for art that gets reflected in the film’s beautifully drawn seascapes and pre-war countryside. Suzu’s recollections, emotions and eventual tragedies are inextricably tied to the fantastical watercolors that make up the animated film’s palette.

So when Suzu moves from Hiroshima to live with her new husband Shusaku (Yoshimasa Hosoya) and his family, it’s disarmingly easy to keep the effects of war on the periphery—as Suzu herself does. The film allows the escalating seriousness to insert itself into Suzu’s colorful idylls more and more as the date of the fateful bombing nears. But even then, these moments are deftly handled as impressionistic memories from a quiet domestic life: a rationing here, a death there—just more brushstrokes, some thicker than others.

When Suzu’s way of life is permanently shattered, she seems to be one of the last to realize that the life she thought she’d be growing into died long ago at the start of the war. It’s fitting that deeply personal violence is the emotional climax for Suzu. The bombing of Hiroshima and all its horrors are an almost perverse falling action, but Katabuchi’s focus on Suzu keeps things poignant and utterly free of sentimentality.

At times, the film’s languorous advance feels a little too at odds with everything going on outside their corner of the world. When coupled with the loose plot, some stretches veer closer to deadweight than emotional weight. But the editing mostly works, with the war on domestic bliss feeling as meaningful as any battle.

This is war under the influence of Ozu—a quiet but singularly focused attention to the ordinary in extraordinary times.