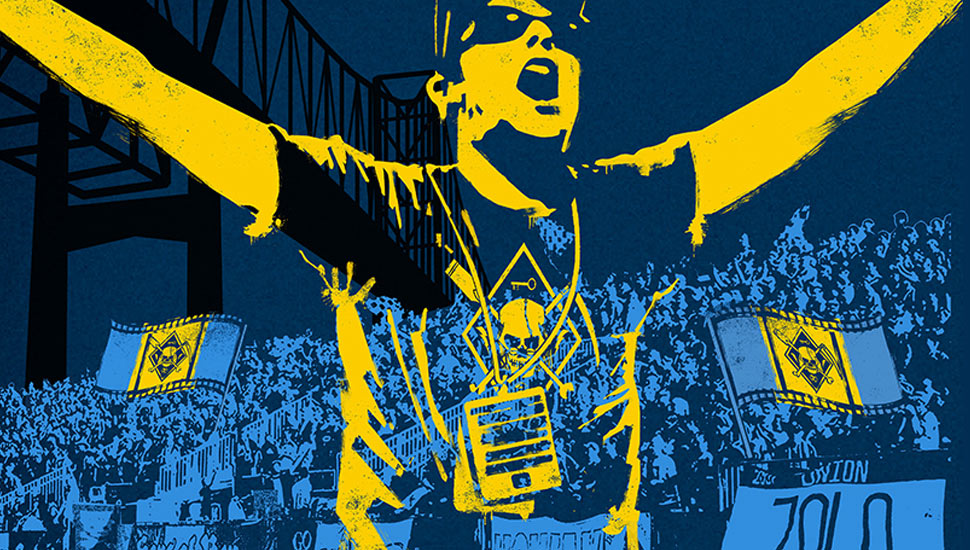 What if they didn’t give a sports team…and fans cheered anyway?

And what if they kept cheering, long and loud until they couldn’t be ignored?

Find the answers in Sons of Ben, a passionate, and ultimately inspiring documentary on how an unlikely dream came true for a bunch of crazed soccer fans.

When Major League Soccer announced their list of teams for the league’s inaugural season in 1996, Philly native Bryan James and his buddies were pretty disappointed they were not getting a home team to cheer. The disappointment only grew, leading to the realization that there might be “no better way to land a team, than to be fans of a team that doesn’t exist.”

Once that lightbulb came on, the guys got inspired, and someone pitched the name “Sons of Ben,” for their new fan club. It worked not just because of the Ben Franklin angle, but it could easily be shortened to the “S.O.B’s” and that seemed pretty appropriate for the nuisance these guys were committed to becoming.

Armed with a really sweet logo, these guys showed up at as many soccer events as possible, cheering for their non-existent team, until, in James’s words, “sheer luck” got them press coverage, and then the ball started rolling.

Writer/director Jeffrey C. Bell sets a confident, entertaining pace for the fan club’s formation, wisely making it personal when he can. We see the toll that James’s duties as S.O.B president take on his home life, and how easily group members get choked up when talking about the grass roots movement and the meaning it holds in their lives.

Even better, Bell takes us inside the plans to build Philly’s soccer stadium in the downtrodden suburb of Chester. Without getting too heavy-handed, Bell reminds us that in the big business of sports stadiums, promises made are not always promises kept.

The 75 minute running time does feel a bit slight, leaving a few questions unexplored (like who did that logo), but Sons of Ben is an underdog sports story with a unique twist, and a Rocky-sized heart.