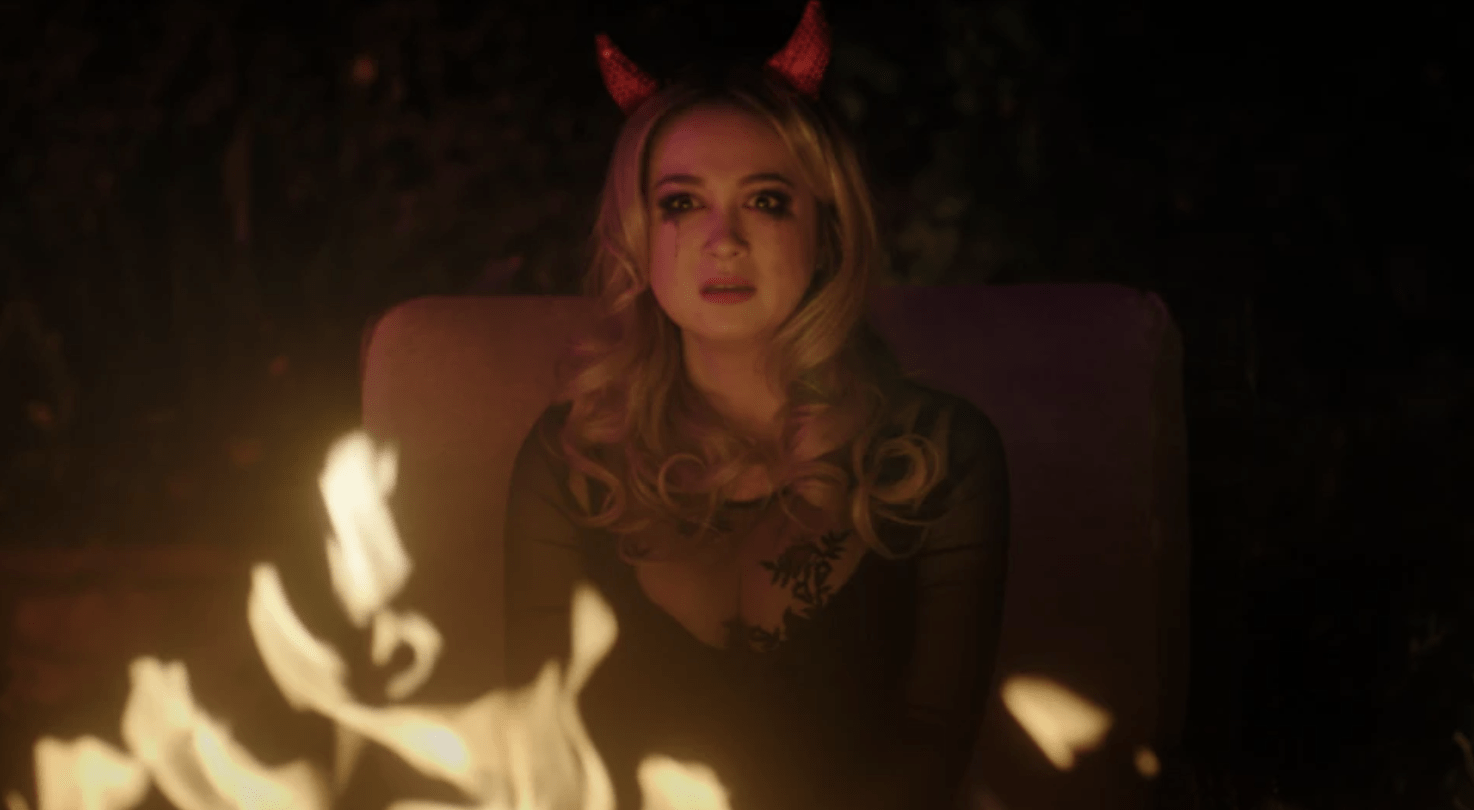 Now more than ever, home has become the ultimate refuge. Our home is where we are supposed to feel the most comfortable, the safest. Image how horrifying it would be if that sanctuary started driving you insane.

Well, maybe that’s not too hard to imagine right now, either.

Successful stockbroker Henry Sharpe (Grand Bowler) seemingly has it all: a great career, a supportive and equally successful wife (Sonya Walger, TV’s Lost), and three healthy kids. All of that changes the night Henry is attacked in his home by masked strangers. Paranoid and angry, Henry installs a state-of-the-art security system in their home. This system is so high-tech that the family must provide blood samples so that their DNA can be bonded to the system. As the Sharpes’ comfort with the new system increases, so does their anger and paranoia.

Writer Jason Chase Tyrrell and director Michelle Danner make a few big swings for social commentary, but the ideas and the execution just aren’t there. Dismantling the facade of suburbia as a safe haven has been a genre trope since the 1970s, and Bad Impulse’s inclusion of technology into the mix is neither fresh nor surprising. The broad strokes of this idea feel culled from a half dozen bottom shelf Twilight Zone episodes.

Bad Impulse could’ve been fun on a purely visceral level. Instead, it’s a movie that never fully commits to its genre leanings. Outside of a stylish and well-executed opening, the movie almost seems embarrassed to be in the horror/thriller genre. Going full Savini might not have saved the film, but it certainly would’ve made for a more enjoyable watch.

Danner is well-regarded as an industry acting coach, and she was able to attract some notable talent to the project. Bowler and Walger, in particular, do their best with the given material. Other industry vets like Dan Lauria (TV’s The Wonder Years) and Paul Sorvino (Goodfellas) pop up in small roles to class the joint up. Unfortunately, the rest of the main cast does little to impress. The actors playing the Sharpe children aren’t up to the challenge of raising up weak material. Their solo scenes are where the movie loses too much steam to recover.

Bad Impulse is a tired, and somewhat lazy, attempt at social horror that manages to bungle both the social and the horror.