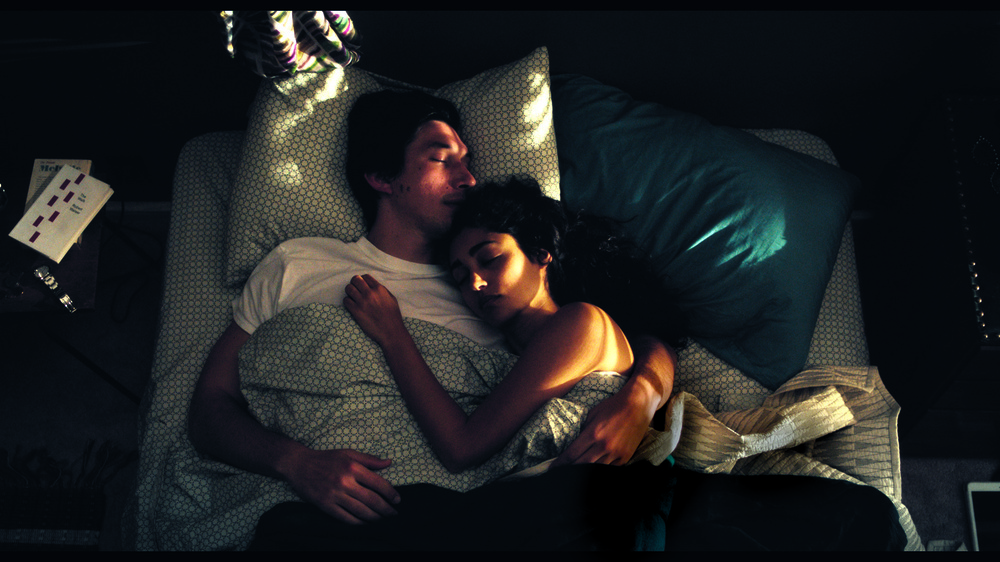 Simplicity, tempo, pattern – to some, this alone constitutes poetry.

Jarmusch’s second film in a year – after his wonderful Stooges documentary Gimme Danger – is a quieter effort. Paterson marks the days of a New Jersey bus driver, a man named Paterson (Adam Driver) driving in the town of Paterson.

He lives a life of routine: up around 6 to work on a poem while he eats his Cheerios, then a walk to work where he scribbles a bit more before starting his route, then a break for lunch where he returns to his poem, then home for dinner with his wife Laura (Golshifteh Farahani). After dinner he walks his dog to a corner bar where he stops for a beer, then to bed and back at it around 6 the next morning.

Paterson’s wife is more of an explosion of creativity that counters his disciplined artistry.

Paterson loves his wife, finds comfort and beauty in his routine. Above all, he observes, often finding grace in moments so quiet they might be overlooked by someone less still.

Jarmusch’s film is as measured, as calm and composed as its hero.

A languid pace tends to be an earmark of the auteur’s work, but with Paterson Jarnusch has left behind much of his iconic quirkiness in favor of clear-eyed if lyrical normalcy. Ordinariness is celebrated – elevated, even.

Through the character’s eyes we get to notice patterns and repetitions, seeing them as something more than coincidence or design, but a mystery deserving our interest.

Driver delivers a near perfect performance with a tough character. Paterson reveals nearly nothing of himself, preferring to direct attention back at his surroundings. Only through his poems – often scribbled across the screen and read in voiceover – do we get a sense of his inner self. But Driver’s expressions convey an enormous amount of information – about his meals, his relationship with his dog, his joy, fear and heartache.

Through Paterson, Jarmusch seems to memorialize an unplugged life – the kind that allows the mental quietness required for this type of meditative art.

There are elements of the film that feel appropriately unexplained, and others that simply come off as undercooked. And there are always those audience members who will itch for more – more drama, more action, more something. Those people may not be Paterson’s intended audience. Poetry often requires more patience to fully appreciate.