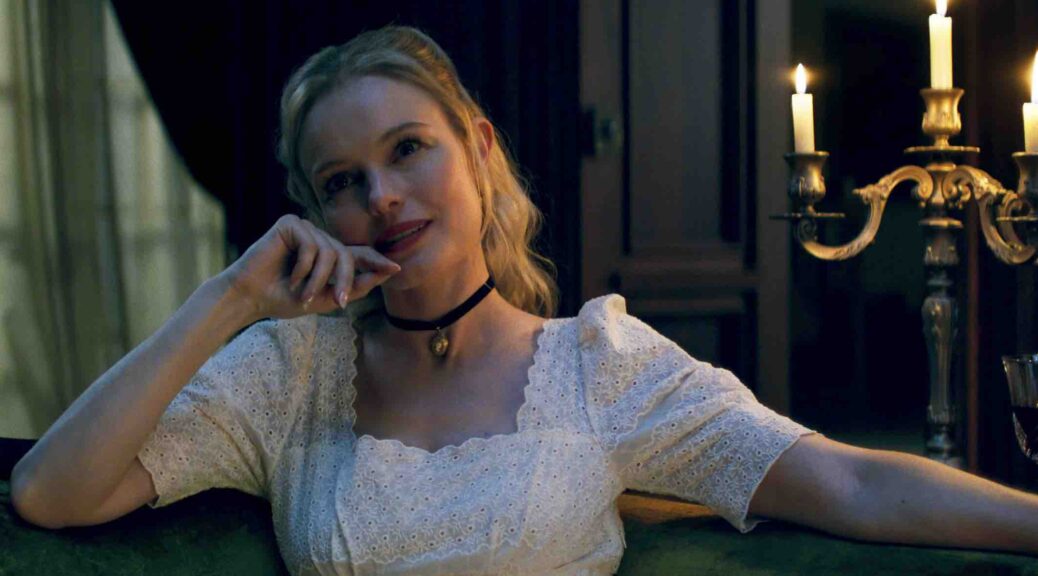 Would it surprise you to find that the latest from the writer/director behind In the Company of Men and Your Friends and Neighbors (as well as the less impressive Wicker Man reboot and others) is a meditation on sexual dynamics, power and agency? That it’s brimming with psychosexual wordplay? That it’s bitter and a bit misguided?

How many times can we disassemble the mating ritual to judge and shame those involved?

Sometimes LaBute does it well—so well that it’s tough not to look forward to whatever he releases. House of Darkness sees the filmmaker again exploring his favorite topic, this time within a horror context.

Justin Long riffs on his nice guy persona, his character Hap actually referring to himself at one point as “one of the good ones.” (Had Hap seen Promising Young Women, he might have had sense enough not to make such a claim.)

Hap’s been lured into the stately gothic manor of the lovely Mina, played with controlled ferocity by Kate Bosworth. Bosworth seems to relish the directness of her character. Mina’s disinterest in accommodating Hap’s insecurities is glorious—a reminder of how casually brutal LaBute’s work can be.

Perhaps because he started his career as a playwright, each of LaBute’s films rise or fall on dialog. House of Darkness is a chamber piece – it could easily be a stage play (though it’s likely a Covid production). Limited performers pepper scenes with double entendres in an awkward dance of “will we or won’t we” sexual politics.

The difference this time around is the genre trapping, a first for the filmmaker. The look is lush and effective, particularly the more fantastical sequences. Long — a genre veteran — delivers a bit of nuance, his Hap never entirely sympathetic but definitely hard to hate.

The story builds effectively enough. It’s just that nothing is ever in question. The genre tropes are more threadbare from use than LaBute’s banter-driven power game. Worse, the point rings hollow, like a disingenuous, cash-grab reversal of In the Company of Men. 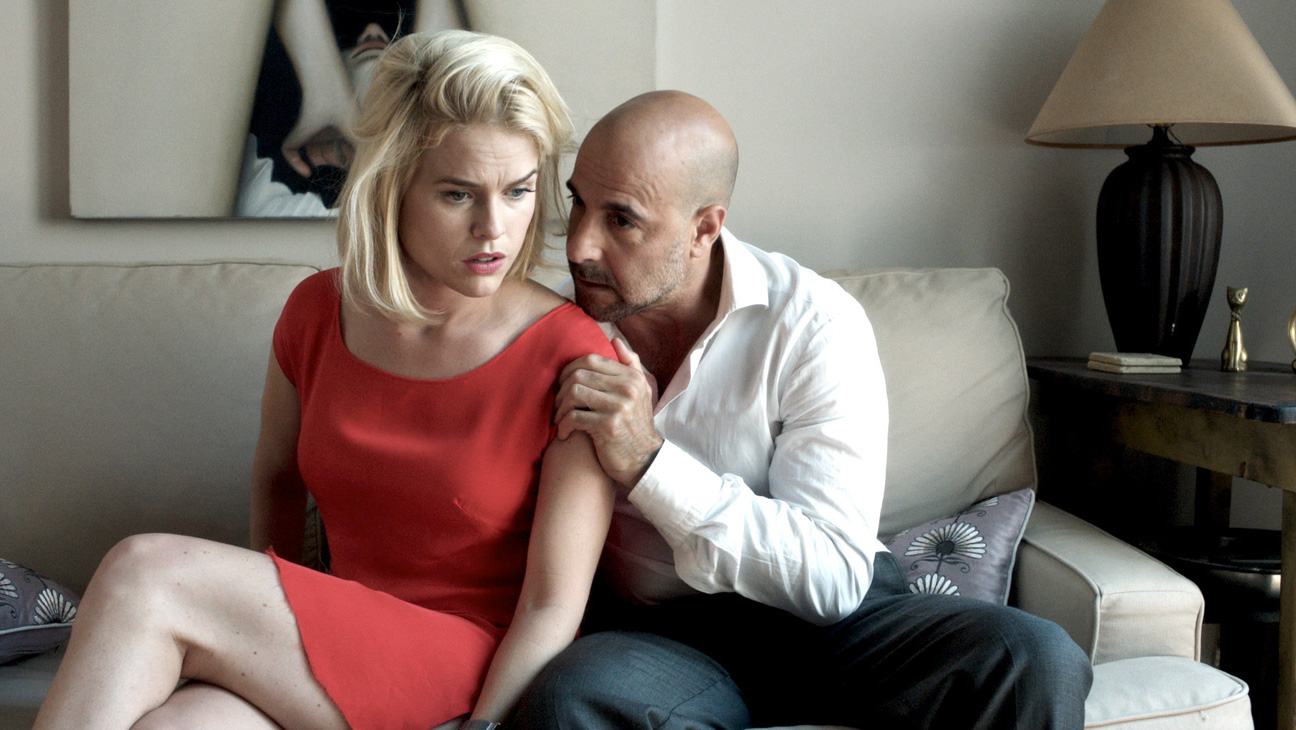