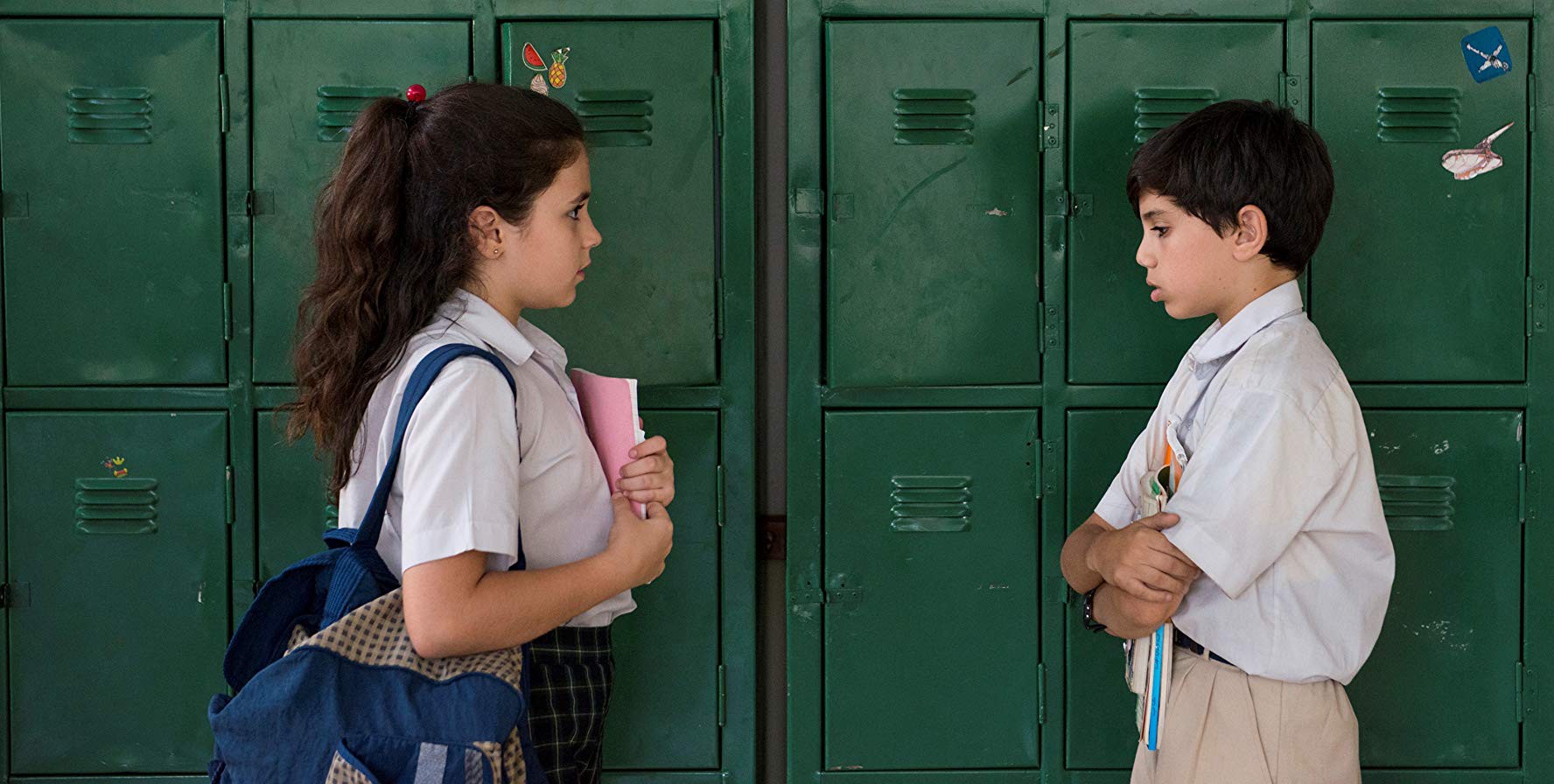 Wars are complicated. War movies? Not so much, at least not in this country. How, then, to tell the story of an invasion unfolding in the middle of a decades-long civil war?

In 1982, writer and director Oualid Mouaness narrows the lens in his feature debut to focus on the smaller picture. Set at the onset of Israel’s June 1982 invasion in Lebanon during the country’s ongoing civil war, Mouaness’s camera almost never leaves the fenced-in confines of one Beirut school.

Encroaching tanks and fighter jets begin the day as distant updates on the radios, with concerned teachers and school staff furtively trying to stay updated without alarming the children. But as the invasion progresses, it becomes impossible for anyone to keep the reality of war at bay.

How this plays out in a diverse country already torn apart by years of fighting becomes the subject of two love stories. For Yasmine (Nadine Labaki), concerns about her militia member brother outweigh keeping her relationship going with Joseph (Rodrigue Sleiman), a fellow teacher with opposing political views.

Their complicated allegiances serve as a stand-in for the rapidly shifting political landscape in the country, and their uncertainties—toward each other, and the future—are played to great effect by both Labaki and Sleiman.

The film’s other main star-crossed love story is a much lighter one, as 11-year-old Wissam attempts to woo a classmate in the face of challenges both typical—pre-teen embarrassment—and extraordinary, like the one checkpoint to her house being closed.

The split between the faculty and the students is effective, to a point. Although as the idyllic bubble of the students clashes more and more with the war just beyond the school walls, the intensity given to Wissam’s courtship feels increasingly at odds with the stakes.

Some of that seems by design. Mouaness hints at the greater sectarian strife tearing the country apart, but there’s only so much metaphorical weight you can load onto the school’s metaphorical stand-ins. The film does such an economical job sketching the complexities of the war that any single, tidy resolution would do the message a disservice.

In the meantime, we are left feeling much like Wissam, aware for the first time of the complicated forces that determine our lives. And aware too of just how powerless we are to alter their direction.