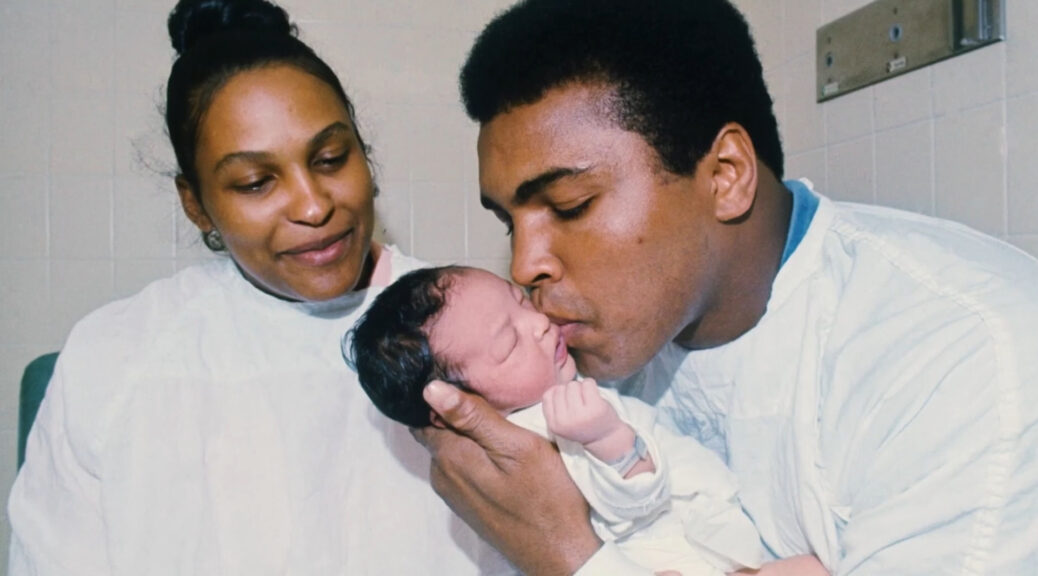 The title points toward a documentary focused on an untold side of Muhammad Ali’s life, but the actual film itself is almost entirely focused on the current life of one of his children, 50-year-old Muhammad Ali Jr. Junior has lived through decades of drug addiction, harassment, abandonment, financial issues, marital strife, etc. This is about him looking back at the trials, tribulations, and mistakes of his own life, in comparison to those of his iconic father.

Others are interviewed throughout – sometimes about Ali, sometimes about Junior – but Junior himself is the primary storyteller. He is an unreliable narrator; constantly dishing out his version of events and frequently dropping into unprompted impressions of his father as a defensive coping mechanism whenever his own faults are focused on too closely for his liking. It’s rather heartbreaking.

If that sounds compelling, it is, at least on paper. The filmmakers never seem to settle on any sort of thematic throughline for what they are showcasing, leaving the narrative (or lack thereof) being spun before us to just meander along in a highly segmented fashion. Because of this, the finished work feels less like a film and more like a miniseries that has been chopped down to feature-length.

The filmmakers know that Junior is often deceiving them, as well as himself, but outside of a few moments with a therapist, he is never called on it. Nor are enough witnesses to the contrary present to fully illustrate this. The sheer lack of voices from his early life leaves us with an unclear picture of his past. Context is key and this film is sorely lacking it.

There’s also the matter of his best friend/manager, who the filmmakers clearly do not entirely trust, but once again, they never bother to fully interrogate that. If they were intentionally leaving room for interpretation, they left too much. In the end, the final question is less “Are the sins of the father repeated by the son?” and more “Why does this film exist?”