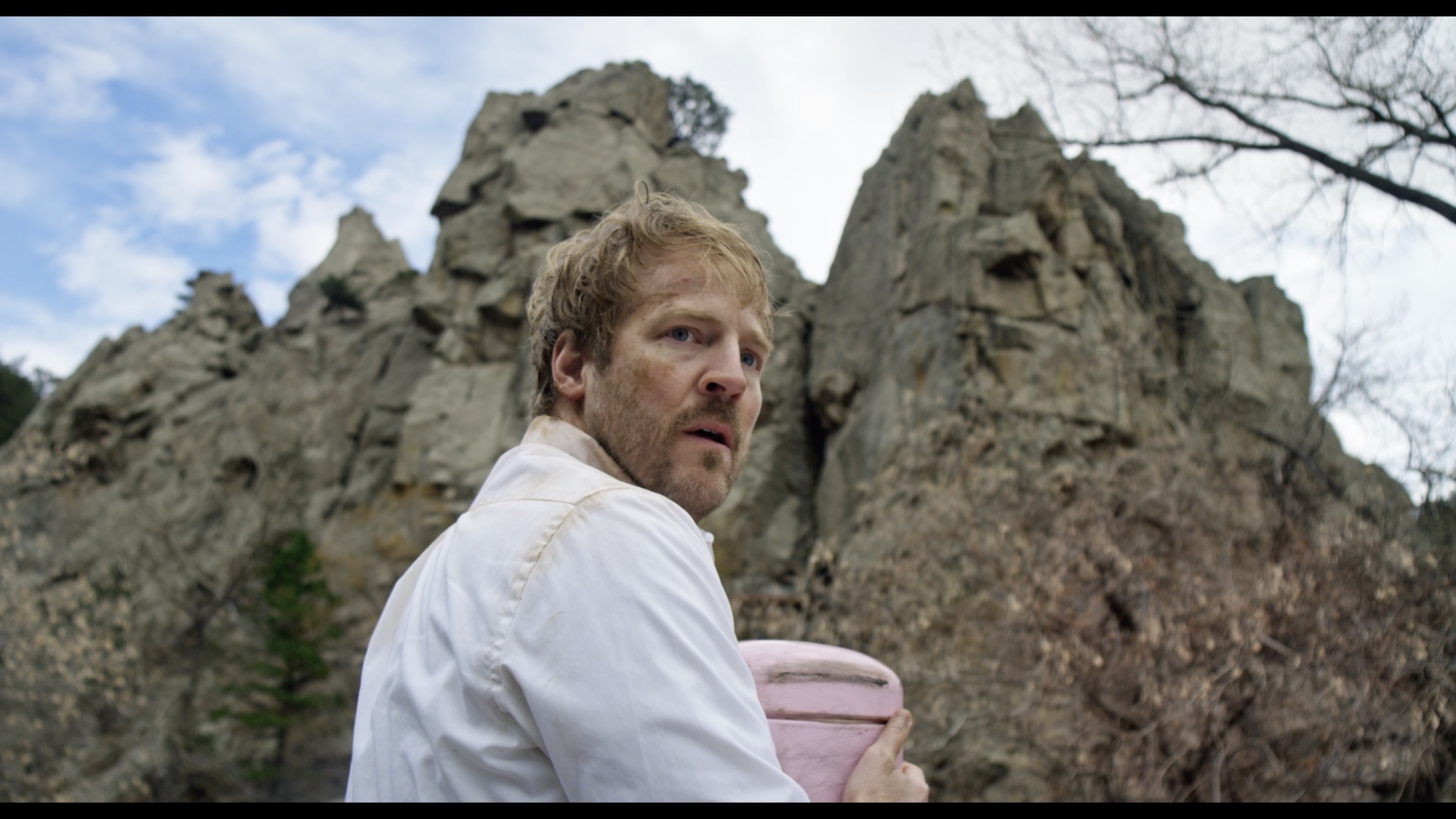 Random is good. Random is fun. It can be frustrating after a while, but it certainly isn’t boring.

Writer/director Jack C. Newell takes us on a not-boring road trip alongside Ted (David Sullivan) and his wife Laura’s (Marguerite Moreau) ashes. He stole the ashes from Laura’s weird family who never did like him, but they’d stolen the ashes from him in the first place so it probably wouldn’t have become a police matter if Ted hadn’t stolen that car while he was at it.

The thing is, Ted keeps seeing—even talking with—Laura, and he thinks she’s here to help him figure out what to do with her ashes.

So, that’s the gist: Ted does not know how to move on without Laura and this road trip will move him toward some kind of closure. It will also involve near-Lynchian dance numbers, shadow puppet displays, and no real sense of direction.

The aimlessness suits the character—Ted is lost, metaphorically and often literally. It works less well for the film. The final moments of Monuments leave you with the sense that something has been accomplished. Its meandering nature and basic structurelessness leave you wondering what.

Sullivan gives off a charming, goofy Nathan Fillion vibe—rarely a bad thing, and certainly the style of performance best suited to this laid-back, screw ball, existential comedy. Still, those are a lot of adjectives for one film, and they don’t necessarily fit together that well. Here’s where Newell gets himself in trouble.

There should be sadness here. Underneath all the zany moments and haphazard adventures, a rumble of grief should constantly threaten to break the surface. Without that genuine human soul, the humor doesn’t ring true and the random setups feel forced.

As solid as Sullivan is, when it does finally come time for Ted to mourn, to face his own desperate lonesome loss, the actor fails. Worse still, his insincerity feels like a joke itself, mocking what is ostensibly the entire core of Ted’s breakdown and the catalyst for his behavior.

If this irony led to some kind of absurdist “What’s really the point of it all?” theme, maybe it would have been worth it. Instead, it just feels random.