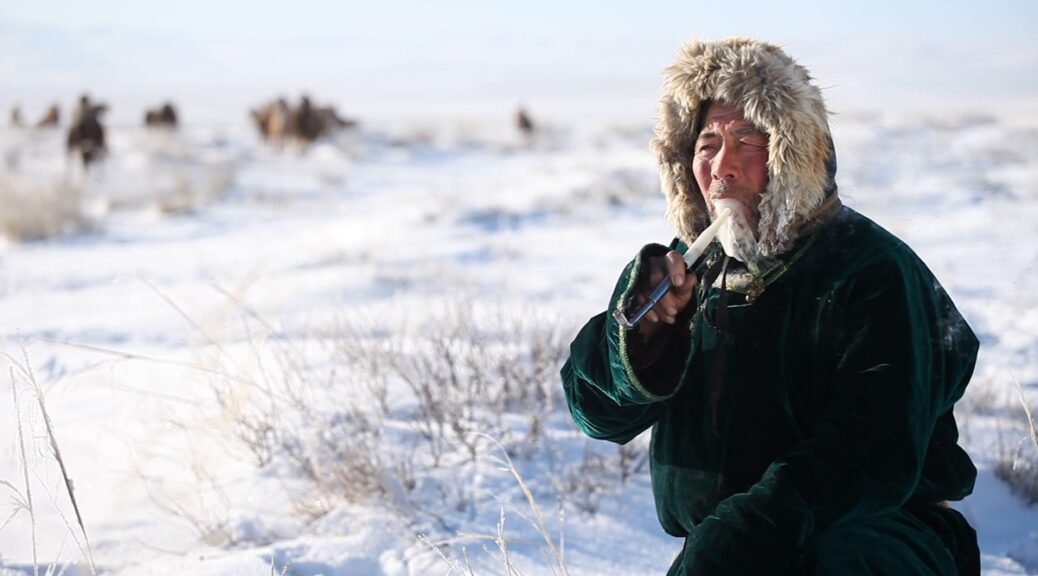 Echoes of the Empire: Beyond Genghis Khan

A thorough and colorful exploration of Mongolian history and culture, director Robert H. Lieberman’s Echoes of the Empire: Beyond Genghis Khan immediately astounds with breathtaking cinematography. That awe is transferred to the artistic animation as stories take shape, and is continued in every visual aspect of the film for its entirety.

The documentary guides you from early Mongolian history to present-day culture. Lieberman’s visual storytelling almost does more to narrate the culture than the scattered interviews. Exploration into the fabric of early Mongolian society is where Lieberman excels. He details how fables turn into norms to connect the culture to an audience largely unfamiliar with the country.

First-person accounts from citizens raised nomadically (a fact touted in the film: nomadic citizens estimate approximately 30% of the country’s population) beautifully and effortlessly transcend the audience to the lush, rolling hills of farmers and livestock.

Unfortunately, an interest in both glossing over and thoroughly explaining the complex history of the country causes a bit of a pile-up. It’s understandable. Recognizing how the culture found itself in the present is paramount for the film’s ultimate point: that Mongolia is a rapidly evolving nation, shifting its position both in the world and internally. Knowing the past is important for expanding on the future, but a smoother structure would’ve made the information more digestible.

On the other hand, Mongolia’s constantly changing society remains under-explored. The choice to invest the audience’s time in the past without a significant payoff looking toward the future leaves the film imbalanced, slightly muddling the ultimate point.

Echoes of the Empire is many things: informative, compelling, astounding, and sometimes, disproportionate. But the beauty of Lieberman’s vision tied closely with the captivating culture makes for a unique, lifted experience.