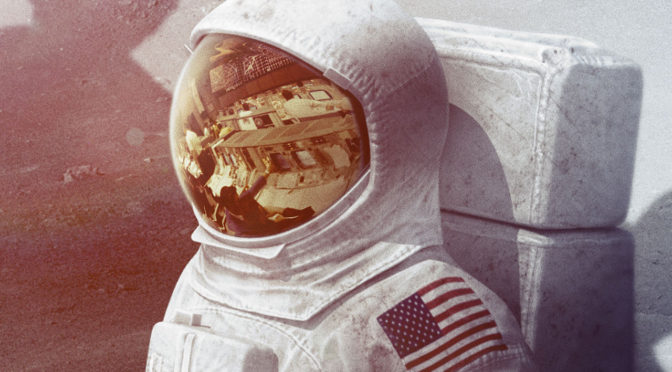 Just in the last few months, the smash movie Hidden Figures – plus the death of American hero John Glenn – brought renewed attention to the birth of the U.S. space program. Director David Fairhead moves the spotlight a few years ahead with Mission Control: The Unsung Heroes of Apollo, a fitting salute to both teamwork and an amazing job well done.

And don’t forget those splashdown parties. “We drank a lot of beer.”

After JFK’s “moon promise” of 1961, Project Apollo took the space race baton from Mercury, working overtime to stay on the President’s schedule and get a man to the moon and back before the end of the decade.

Fairhead, in his feature documentary debut, makes the most of some stellar archival footage, often cutting from present-day interviews with mission controllers to decades-old looks at their younger selves moving through an ever-present cigarette haze to get astronauts to the moon.

I’m telling’ ya, these guys could smoke.

And they could work. Despite the eventual gratification of success, the strain on family life became so great that at least one crew member now admits that if given the choice to do it all again, “I wouldn’t.”

As enthralling as the historical footage may be, it’s an equal treat to hear the behind-the-scenes story from the men themselves, and Fairhead lets us glimpse the unique personalities that made up an incredible team. We see men committed to the Apollo mantra of “tough and competent,” and we see hard-nosed flight directors who knew when to step back and let people do their jobs.

In its entirety, the Apollo mission saw tragedy, triumph, and lives in the balance, persevering  through situations that were “complicated as hell back then.” Mission Control can’t help but get a bit wonky with the space geekiness, but by the time one crew member gets choked up at the pride and amazement his memories still bring, it’s pretty hard to blame him.