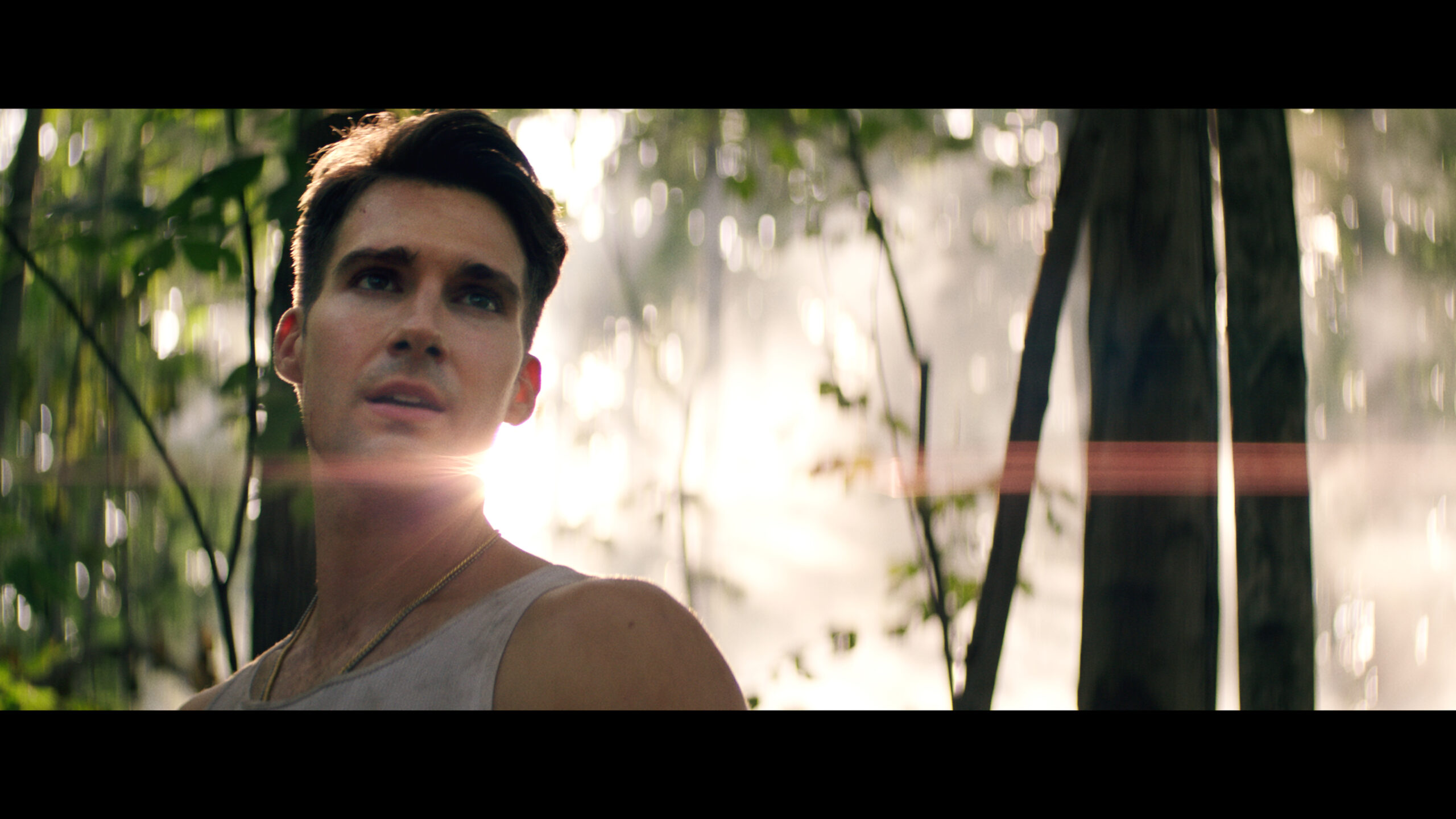 Three American fighter jets are shot down in France by Nazi pilots flying British Royal Air Force planes. One pilot, Captain David Holden (James Maslow) sets off on a mission to save his fellow soldiers.

Director Michael B. Chait, working from a screenplay by Timothy Ritchey, starts with an interesting hook, but fails to hit the right mood with World War II action-adventure, Wolf Hound.

The most exciting and tense moment of the film happens right in the beginning, as our American heroes face off in the air against the Nazis. Amazing stunt work and great visual effects set up a promising film. Unfortunately, the air battle gives way to a one-man rescue mission à la Rambo.

Captain Holden’s foil comes in the form of Nazi Captain Rolf Werner (Michael Wayne Foster). Each pilot has a vendetta against the other, but where Werner is obsessed with Holden, the American is focused on the rescue.

Films sometimes fail to strike the right tone, and that’s the case with Wolf Hound. At times, the movie wants to tackle serious subject matter, but it often embraces high action-adventure. The score emphasizes tension in one moment, then shifts rapidly to melodrama. It leaves you wondering whether to laugh or scoff. A particularly strange scene that sets torture to the sounds of a recorder had me doing both.

Lending to the high-adventure feel is the stereotypical characterization of Nazis. These soldiers are villains, with no shades of grey, no sense of camaraderie, and no qualms about their many war crimes. One even uses his fellow soldier as a shield during a shootout. Villainous, indeed. But also pretty dull with nothing to distinguish one from another.

Much of the action is admittedly exciting, which distracts from the recycled story elements. With little downtime between action sequences, the film moves, even with a runtime of over two hours.

If Chait had managed to strike a better balance or had fully embraced the adventurous elements, Wolf Hound might have been more compelling. Instead, it’s an uneven mix that relegates the one component that sets it apart to little more than a gimmick.