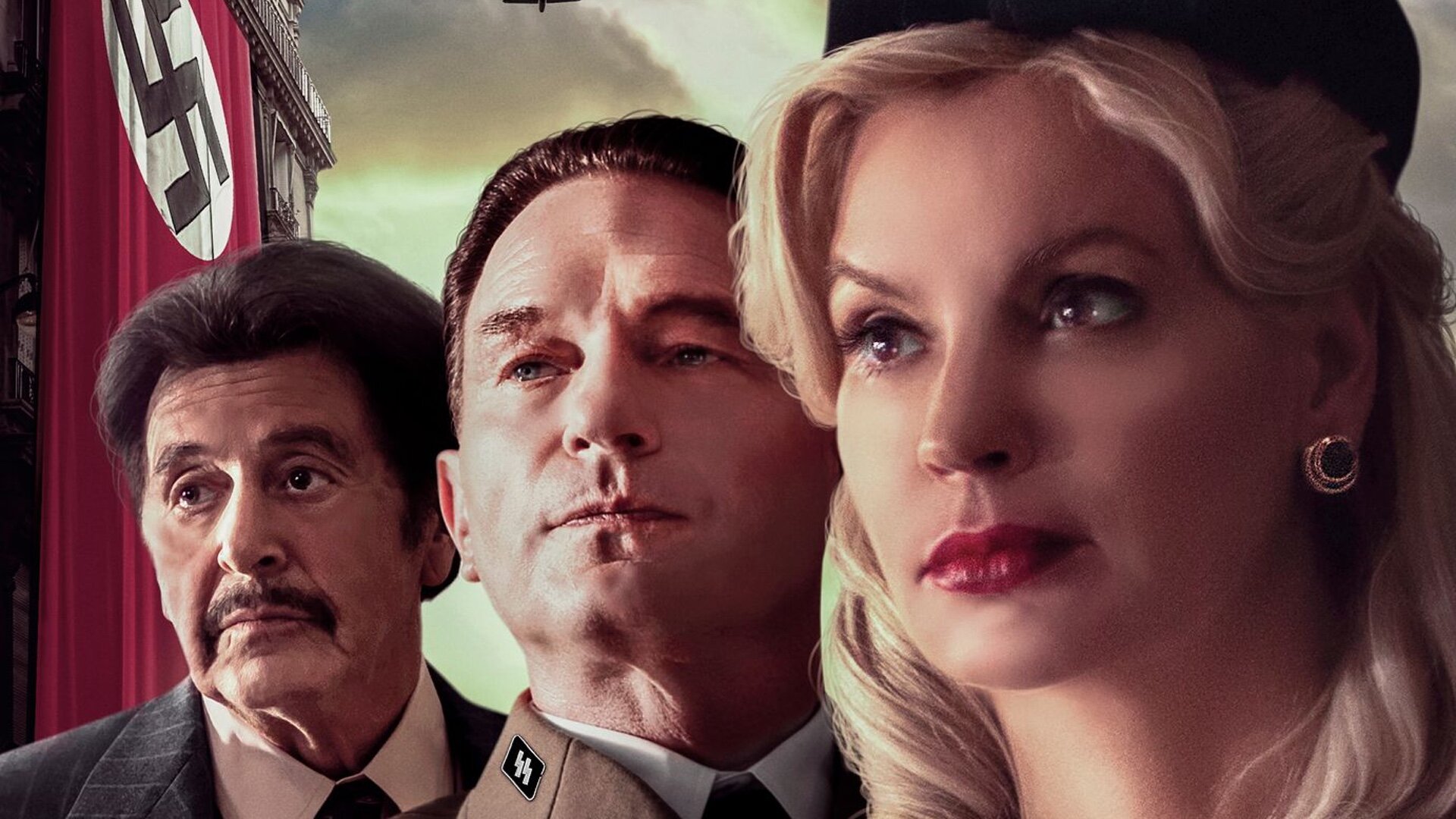 A film about Mildred Gillars—better known as Axis Sally, American broadcaster based in Berlin during WWII—could be interesting. Gillars was an Ohioan and thwarted entertainer who found herself in Berlin just before the war. She threw her talents to Goebbels’s propaganda efforts and became one of the most popular radio announcers in the world, even in the U.S.

So much to dig into! And the director is Michael Polish, whose career is littered with underseen treasures like Twin Falls, Idaho, Northfork, and For Lovers Only.

Those gems were penned by Polish’s brother Mark. American Traitor: The Trial of Axis Sally was not. Michael co-wrote this script with first-time screenwriter Darryl Hicks, as well as Vance Owen, co-author of the book on which the film is based.

They do not possess Mark Polish’s poetic gifts.

They do have Al Pacino, though. As defense attorney James Laughlin, Pacino is Pacino—disheveled, fun, scrappy. He gets to deliver one of those passionate closing arguments you find only in movies. And he mines this dog meat of a script for a character.

Every moment he is off-screen is unendurable.

Meadow Williams takes the approach opposite Pacino’s, delivering an entirely superficial turn as Gillars. Part of this performance could pass for stoicism, but in flashback sequences of levity, she is painful. During her emotional breakthroughs, you may need to look away.

So, she fits right in. Aside from Pacino, the cast is uniformly awful. Some are worse than others. Thomas Kretschmann and Carsten Norgaard do not embarrass themselves as Goebbels and Gillars’s beau Max, respectively. As Laughlin’s in-court right-hand man Billy Owen, Swen Temmel does.

Pacino’s in his eighties and still makes about three films a year. Before this, it was The Irishman and Once Upon a Time…in Hollywood. Two out of three ain’t bad.