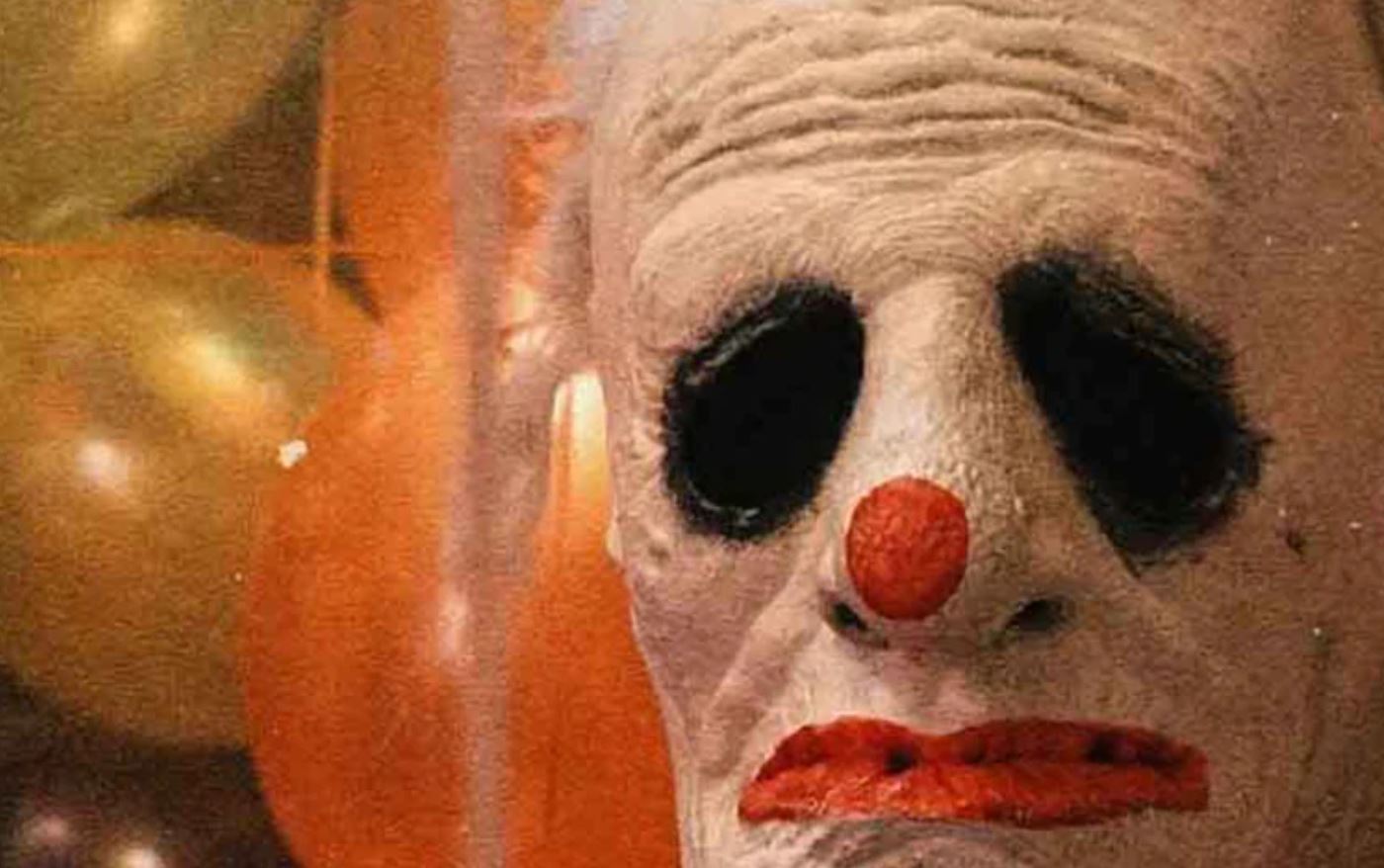 Oh, wait, is that illegal?

Documentarian Michael Beach Nichols (Welcome to Leith) looks at just about every side of that unusual argument with his sly documentary Wrinkles the Clown.

Ostensibly, Beach Nichols digs into the story of the man behind Wrinkles, a shady older gentleman living in a van in Fort Myers who failed as a traditional clown, so he improvised. Placing stickers around town with his masked face, clown name and phone number, Wrinkles offered to frighten your misbehaving children for a fee.

Yes, it is sort of genius.

As we ride around the beach town for the aged in a lived-in conversion van, we’re privy to the voice mails recorded at the Wrinkles number. Reprobate that he seems to be, Wrinkles is still considerably less frightening than the parents hoping to take advantage of his behavioral services.

Says one father, his child wailing in the background, “I want you to eat her.”

Wrinkles’s response? “My favorite kind of scares are the ones that pay the most.”

This kind of dry, deadpan humor fuels a film that explores the most peculiar sociological experiment.

Who would call? How will their children react? Why are clowns so effing scary in the first place? A solid documentarian, Beach Nichols understands that these are the deeper questions to be addressed. Admittedly, continually flashing the image of a grampa-faced clown holding balloons and peeking into your sliding glass door late at night is his excellent way to keep your interest as he digs into these concerns.

We hear from folklorists (with still-packaged action figures mounted to their office walls, so  you know they’re legit), child psychologists, pro-Wrinkles parents, anti-Wrinkles parents and one traditional clown.

Poor Funky. “There’s a whole generation growing up with no positive image of a clown whatsoever,” he laments, happy face in place.

It’s a fascinating look at the function clowns have served since their medieval beginnings, as well as the internet’s way of amplifying folk tales.

And while Beach Nichols, like the great showmen, performs his own sleight of hand, the film itself is more interested in the primal, collective unconscious tapped by those Wrinkles wrinkles.