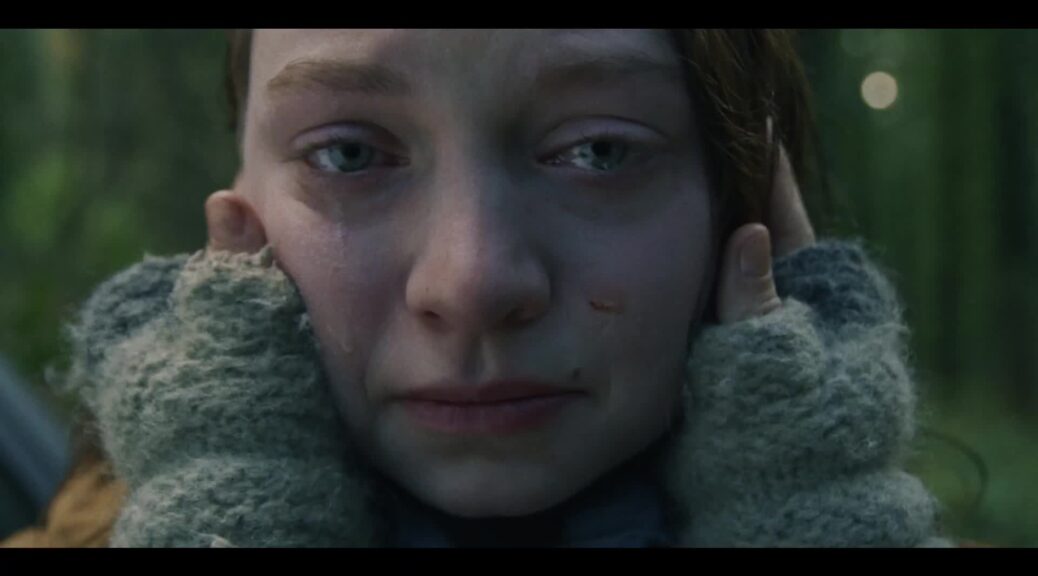 Growing up is tough, especially once adolescence rears its ugly head. Your body gets weird, emotions are all over the map, and you don’t know shit despite thinking you do. Now imagine growing up amidst a global catastrophe with an overbearing mother and not being able to step foot into the daylight. In Shadows, this scenario ends up being a recipe for disaster.

Alma (Mia Threapleton) and her sister Alex (Lola Petticrew) live in total isolation with their mother (Saskia Reeves). The girls remember nothing of their lives before a catastrophic event drove the family deep into the woods. By day, the family stays indoors hiding from mysterious entities known as “Shadows” – beings that live in the daylight and fully inhabit the land beyond the river. As the sisters’ rebellious curiosity takes hold, they begin to wonder about the world beyond the river, especially as their mother’s grip on reality becomes more and more tenuous.

Director Carlo Lavagna makes the close bond between Alma and Alex the focal point of Shadows. The mother almost exists on the periphery of their lives – appearing to reprimand them or scare them back into obedience. Even though they are teens, there’s a stunted immaturity to the sisters that’s hard to ignore and makes their situation all the sadder. Threapleton, daughter of actress Kate Winslett, walks a tightrope between inner strength and debilitating reliance on her emotionally distant mother. Many times Threapleton does both within the same scene.

The depiction of Mother is another bright spot. Mother appears sparingly – keeping the audience at arm’s length just as she does with Alma and Alex. Her coldness is rivaled only by her calculated survival instincts and desire to keep the sisters confined and “safe.” The mysterious nature of Mother helps keep us in the same shoes as the constantly confused and fearful sisters.

For a film that spends so much time in the same location, the cinematography is a standout. Cinematographer James Mather (Frank, Extra Ordinary) has an incredible eye for space and makes the world the family lives in feel spacious, yet closed in and emotionally walled off. The daytime threat of the Shadows themselves is visualized through a harshness in the few daylight scenes that is contrasted perfectly by beautiful nighttime photography.

Where Shadows stumbles is on its way to the finish line. Most viewers will see the “surprise” ending telegraphed a mile away and feel a bit underwhelmed at its perceived cleverness. The climax – while not wholly original – doesn’t retroactively make the rest of the film feel lesser.
Shadows doesn’t break any new ground on a narrative level, but it does feature three captivating performances by an entirely female cast.