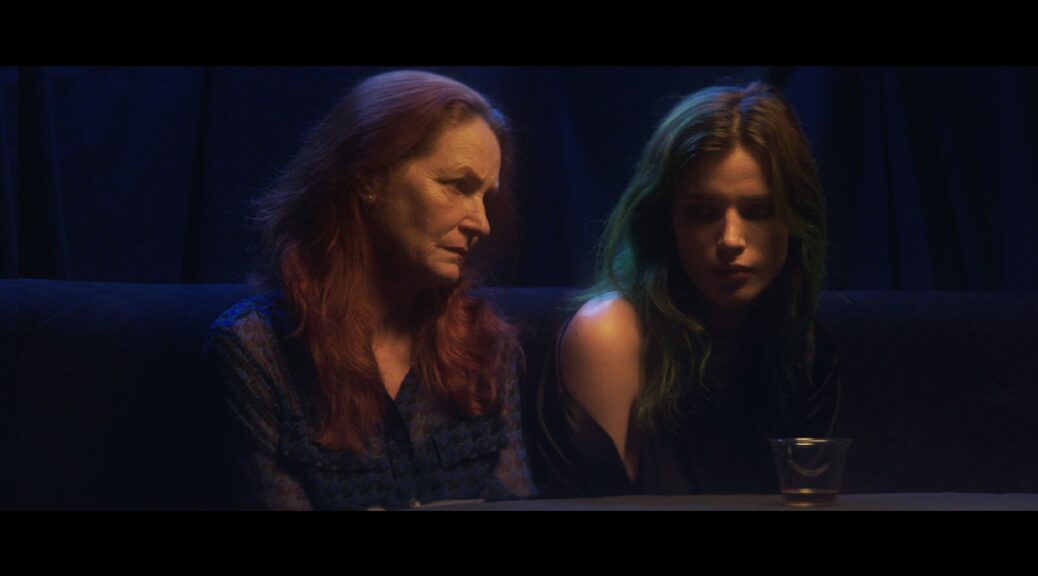 Life imitates art when famous Broadway tragedian, Lillian Cooper’s rock star son and his pregnant girlfriend die of an apparent drug overdose. Or is it murder?

Inspired by intrusive thoughts of revenge that manifest as visions of famous characters Lillian has portrayed on stage, the heartbroken mother stalks the streets of New York searching for those responsible and hatching a plot to make them pay for their misdeeds.

Along the way, Lillian (Melissa Leo) joins forces with young photographer/drug dealer, Taz (Bella Thorne) whose motivations may not be entirely transparent.

Like a stage performance, first-time director Peyfa’s Measure of Revenge can lean a bit toward the histrionic—sudden, jarring discordant tones of the score; dialogue that runs backward when Lillian is having a tough time emotionally; characters literally rending their clothes in grief.

But it’s a clever film, a mystery that isn’t entirely linear with an ending that doesn’t tie itself up in a neat little bow. You gotta work for the resolution and there’s room for debate (and some discussion about how forensic evidence could probably play a greater role in the fate of at least one character).

However, the film may spend too much time on its theatrical gimmick to the detriment of character development. This is especially true of the dead son and those who may have been motivated to do him wrong.

Academy Award-winner Leo (The Fighter) is magnetic, showing an incredible range—from bubbly anticipatory delight at seeing her son return from a successful rehab stint through to wrathful avenging angel. And along the way, we are treated to snippets of some of the greatest tragic characters of all time—Hester Prynne, Hedda Gabler, Lady Macbeth, and Hamlet’s Ghost among them.