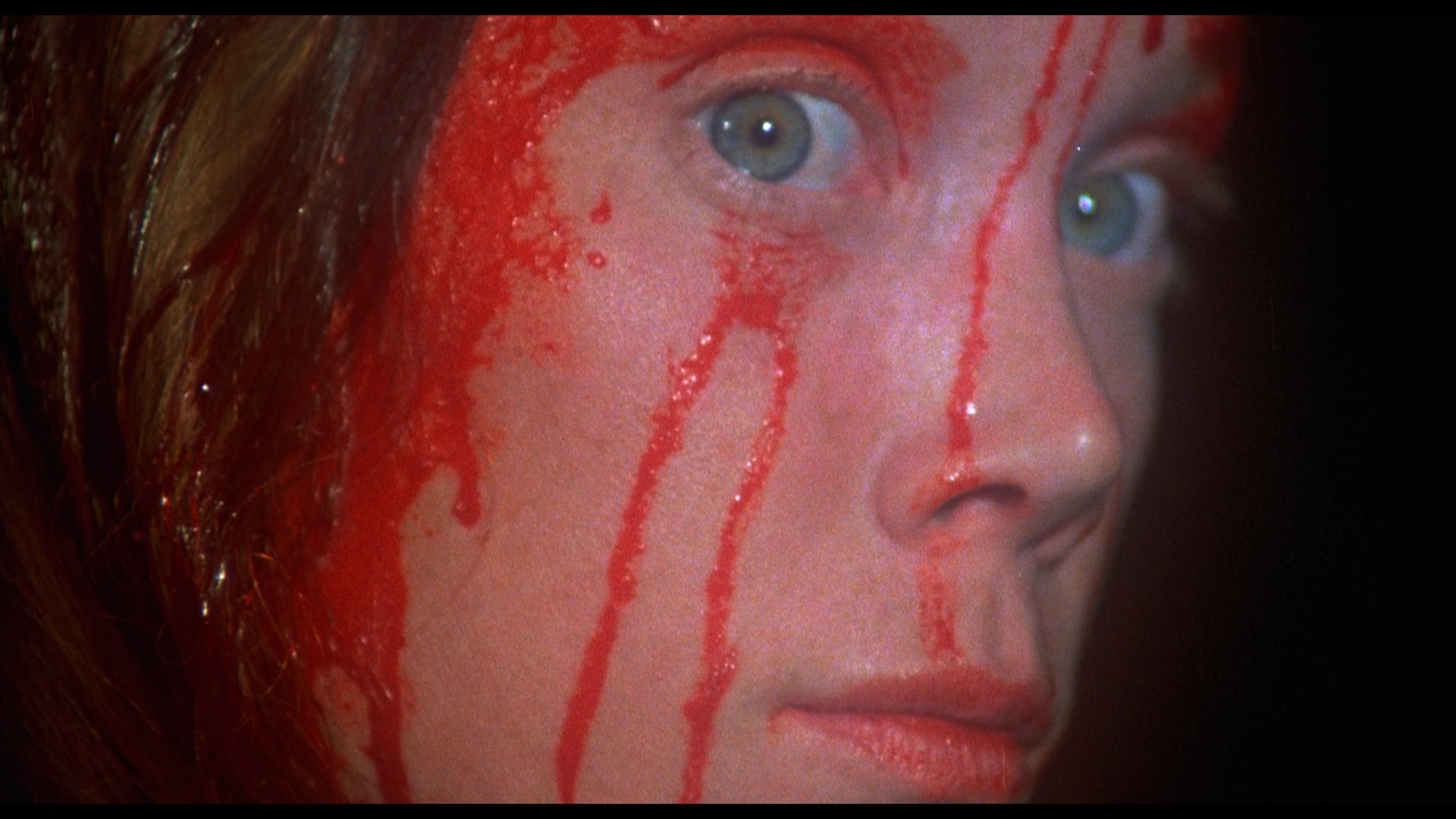 Sure, the film opens like a ‘70s soft core porno, with images created by a director who has clearly never been in a girls’ locker room and therefore chose to depict the one in his dirty, dirty mind. But as soon as the bloody stream punctures the dreamlike shower sequence, we witness the definitive moment in Mean Girl Cinema. The “plug it up” refrain, coupled with Sissy Spacek’s authentic, even animalistic portrayal of panic, sets a tone for the film. Whatever Carrie may do, we (the voyeurs, no doubt more like the normal kids than like Carrie) are to blame.

This film exposes a panic about the onslaught of womanhood. The same panic informs The Exorcist and dozens of others, but De Palma’s version offers more sympathy than most. King’s tale may link menstruation with female power and destruction, but De Palma mines the story for an underdog tale that more foreshadows Columbine than Jennifer’s Body.

Spacek is the perfect balance of freckle-faced vulnerability and awed vengeance. Her simpleton characterization would have been overdone were it not for Piper Laurie’s glorious, evil zeal as her religious nutjob mother. It’s easy to believe this particular mother could have successfully smothered a daughter into Carrie’s stupor.

Senior prom doesn’t go as well as it might have for poor Carrie White or her classmates. Contrite Sue Snell (Amy Irving) – who’d given up her own prom so her boyfriend Tommy (William Katt and his awe inspiring ‘fro) could take Carrie – sneaks in to witness her own good deed. Unfortunately for Sue, the strict rules of horror cinema demand that outcasts remain outcasts. Sure, Sue shouldn’t have been mean to Carrie in the first place, but being nice was the big mistake. Only bad things would follow.