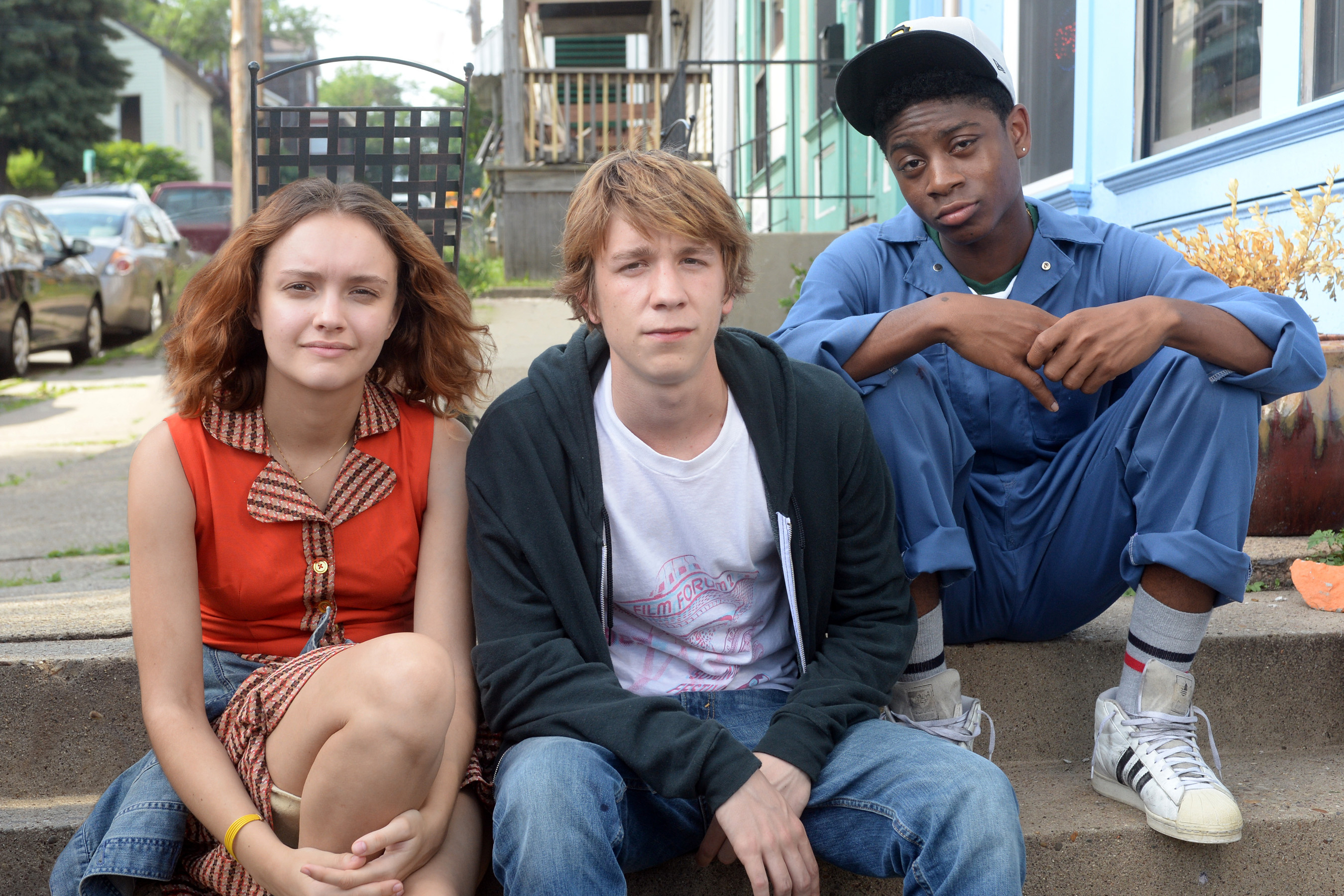 Me and Earl and the Dying Girl

Whatever its flaws and familiarities, Me and Earl and the Dying Girl delivers a heartfelt, understated but affecting punch.

The “Me” of the title is Greg (the ageless Thomas Mann), who describes himself as “terminally awkward, with a face like a little groundhog.” Greg treasures the anonymity he’s carved out by being superficially accepted and forgotten by every clique in his school. He and his best friend Earl (RJ Cyler), whom he considers more of a co-worker, hide out at lunch in the history teacher’s office, and make movie parodies (A Sockwork Orange, Pooping Tom) in their spare time.

Yep, it’s a quirky coming-of-age dramedy with cancer overtones. Who’d have thought this would become such a popular concept?

Regardless of the well-worn terrain, the film offers a bright, often unpredictable charm mixed with a wonderfully morbid sense of humor. All performances are solid, especially that of Molly Shannon as the bubbly yet grieving and usually drunk mother.

Director Alfonso Gomez-Rejon cuts a new career path with this indie dramedy, but he and screenwriter Jesse Andrews (adapting his own novel) miss a pretty important point.

No matter who you are or how many friends you had or how many parties you went to, you probably remember your high school self as socially awkward. Nothing fuels a coming-of-age film quite like this idea, when usually the protagonist (and maybe the writer, and nearly every teen in history) is just burdened by narcissism and self-loathing. It’s a small but important distinction, and one that very few coming-of-age tales get right. Getting that tiny point right is the difference between a work of genius like Napoleon Dynamite and a self-congratulatory confection like The Perks of Being a Wallflower.

Me and Earl and the Dying Girl is considerably better than most films that miss that point, but it still misses it. The perfectly likeable protagonist believes himself to be terminally awkward and what he needs is for the one-dimensional (if truly likeable) characters around him to show him he’s actually pretty great. That is, to placate his narcissism while soothing his self-loathing as they gain nothing themselves.

Most of us remember some coming-of-age film from our own adolescence with needless but genuine nostalgia and affection. Me and Earl and the Dying Girl can be that movie – The Breakfast Club or Grease or Mean Girls for this generation. But, like most teens, it can’t quite get past itself to become great.