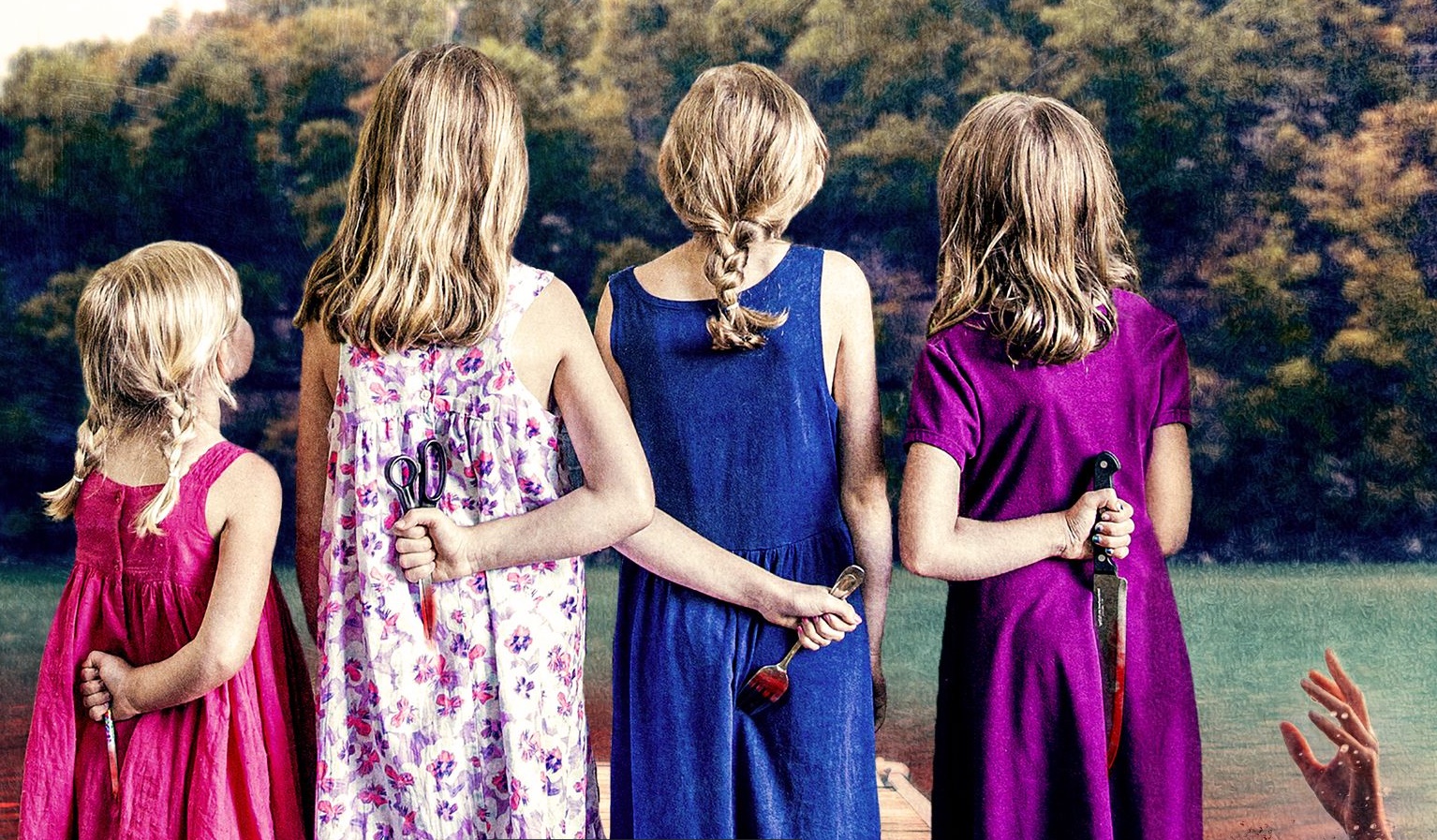 As we near the end of the year, pop culture tries to sell us on the idea that the small people who live amongst us are little doe-eyed innocents that deserve to be spoiled with sweet treats and presents and matching sets of family pajamas. Glossed over are the moments when their grown-ups awake in a cold sweat to find a shadowy presence in a onesie staring down at them. Or the times when they inform Grandma that she’s likely going to die soon. Or the phase when they turn to you on the couch and very casually mention something bone-chillingly creepy like that they want to see what “mommy looks like without skin.”

Bennet De Brabandere, writer/director of Ankle Biters (originally titled Cherrypicker), isn’t trying to sell you on this whole sugar and spice con. In his movie, the kiddos may be small and doe-eyed, but they are also cold, calculating, and capable.

When Sean invites them away to his lakeside cottage for a bonding weekend and they notice bruises on their mom, the girls start to get worried. When snooping, they find cell phone footage of Laura and Sean involved in some rough sex and light bondage and make a series of wrong conclusions. Determined to protect their mom, the four girls turn what could have been an innocent vacation into a horror-comedy.

While the practical effects are pretty good, the standouts in this movie are clearly the Reid sisters (Lily, Violet, Rosalee, and Dahlia). They manage to convey the winsomeness and feral grit that combine to make up the foundational character of a young girl.

The adult acting perhaps leaves a little bit to be desired. Most of the dialogue seems to have been re-recorded after the fact. And rather than reacting to what another person has said or done, the actors often exhibit the blank stare of a person waiting their turn to talk. The plot leaves some loose ends untied. (What’s with the dog? And the lawyer?) And it misses an opportunity for the girls to gradually turn the screws on Sean. But the climax is absolutely delightful.