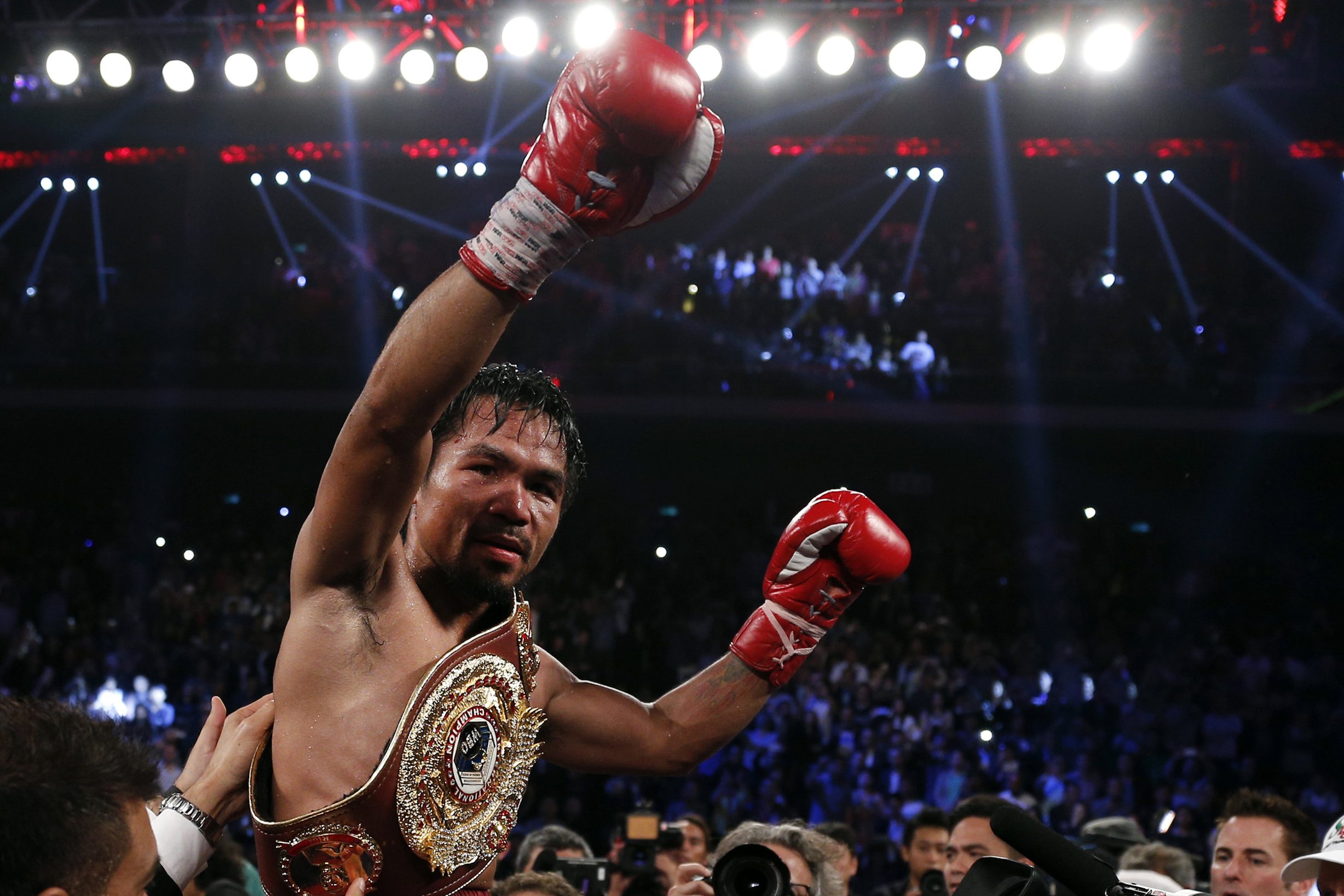 So, has Mayweather agreed to fight Pacquiao yet? While we’re waiting, which member of the U.S. Congress do you think would be most likely to get in the ring and/or croon 70s yacht rock ballads?

These are some of the questions brought to mind by Manny, a surprisingly rich and entertaining look at the life of boxing champion Manny Pacquiao.

Pacquiao, the only fighter in history to win titles in eight different weight classes, grew up dirt poor in the Philippines, surrounded by constant violence from the civil war that raged during the 1980s. He ran away while still a young boy, lied about his age and started fighting. Fame, fortune, and national hero status would follow.

Co-director James Gast knows his way around a sports documentary, but while his Oscar-winning When We Were Kings studied one legendary bout (Ali/Foreman 1974), here the focus is one eclectic personality. Charismatic and outgoing, Pacquiao has tried acting, singing, and been elected to Congress in his home nation – all while continuing to rack up victories.

The pace is bright and brisk, keeping you entertained with the many facets of Manny, but leaving little time for sidebars even when they’re warranted. Shady promotional practices are questioned, forgotten, then questioned again and..what are Mark Wahlberg and Jeremy Piven doing here again?

Liam Neeson’s narration leans toward the overly dramatic, which ultimately feels right for a film anchored in the hyperbolic world of boxing. It is Pacquiao himself who proudly proclaims “I came from nowhere and now I am everywhere,” and when you see him in a recording studio cutting a version of “Sometimes When We Touch” with original artist Dan Hill, you can’t help but agree.