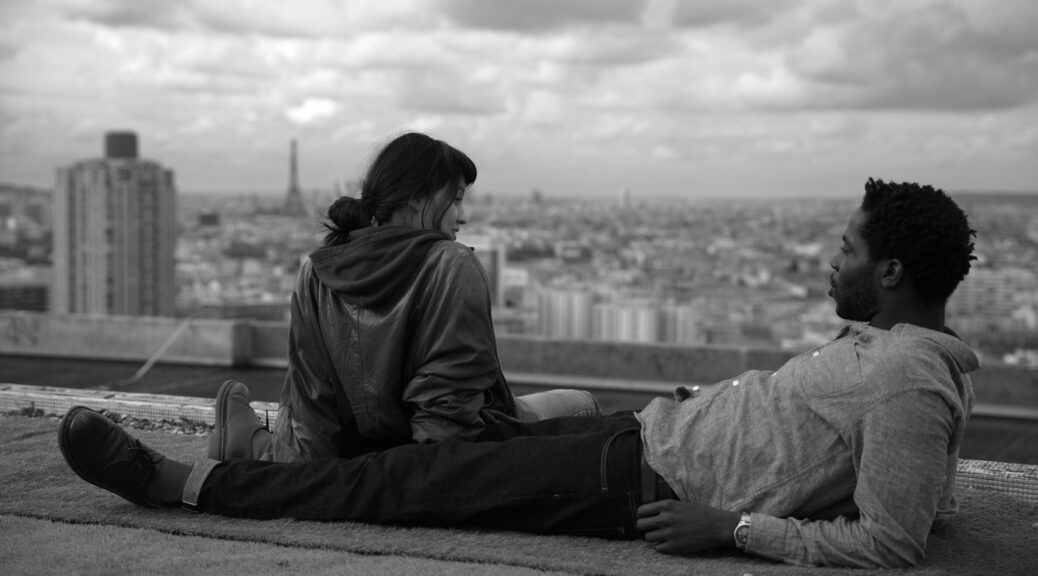 Director Jacques Audiard’s Paris, 13th District is slow. Languorously slow. Like honey oozing off a comb. Like a flower unfurling. Like a relationship evolving over time.

Audiard’s film, which he co-wrote with Nicholas Livecchi and Lea Mysius based on stories by graphic novelist Adrian Tomine, follows the intertwined lives of Emilie, Camille, Nora, and Amber over the course of a year, give or take. Friendships develop and wane. Love affairs start and end.

All is shot in gorgeous black and white except for a bit that’s rather startling and in color.

The cast members are stunning (Lucie Zhang as Emilie, Makita Samba as Camille, Noemie Merlant as Nora, and Jehnny Beth as Amber) and the camera delights in lingering over their often naked bodies.  Their characters are complex and the actors play them with a realism and vulnerability that is frankly impressive.

It’s a realistic portrayal of a set of modern relationships with all the ecstasy and ugliness that makes them complicated and exciting and worth having.

The plot features dating apps, cam girls, death, real estate,  cyberbullying, and MDMA. To say more about the story would wreck the experience of watching it and trying to anticipate how the characters’ lives will interconnect.