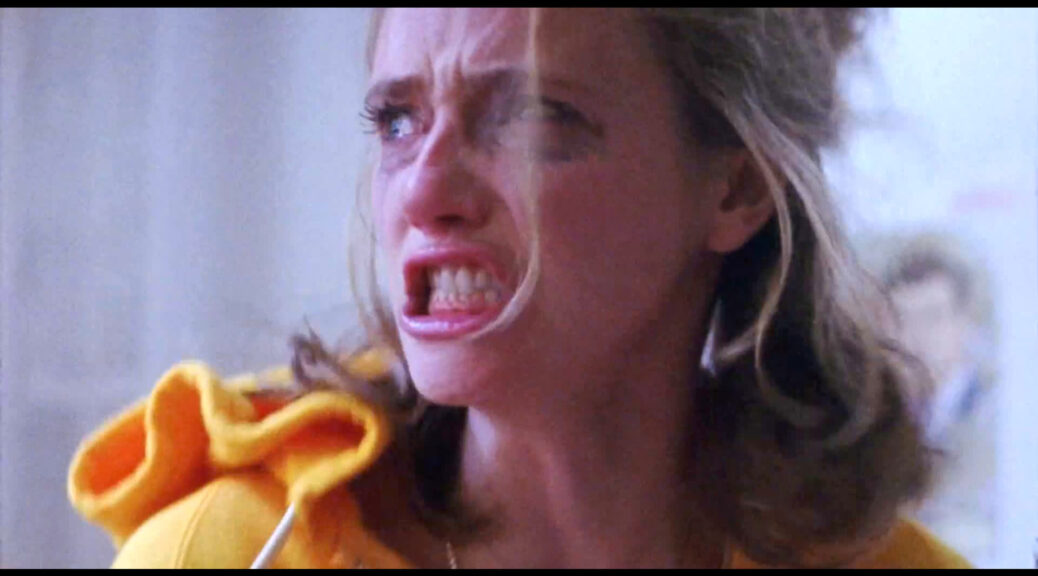 The Scary of Sixty-First

At some point during The Scary of Sixty-First you may ask yourself, “What in the hell am I watching?” Don’t feel alone. In fact, if you don’t ask that question, you may be the only one.

Director/co-writer/co-star Dasha Nekrasova mines the weak logic of many Satanic horror films to marvel at the subjective reality that’s so prevalent these days.

Noelle (co-writer Madeline Quinn) and Addie (Betsey Brown) move into an uptown NYC apartment. It’s furnished, simultaneously high end and sketchy, and they’re getting it for a song because the previous tenants had to leave so quickly.

Ripe horror context there. Who were they? Why did they have to leave so quickly? Why did they leave behind all this stuff? Why is there a mirror on the ceiling in one bedroom?

The cinematic style, stilted performances and uptown apartments blur together to form a kind of Seventies-style horror like The Sentinel or The Mephisto Waltz. The most important element: wild leaps in logic—anagrams, prime numbers, cryptic messages.

Did the girls’ apartment previously belong to Jeffrey Epstein? Some people say so, specifically the young woman who poses as a realtor’s agent and then as an investigative reporter before finally fessing up that she’s piecing together her own theories about Epstein.

Noelle is in! The sleuthing is on!

Addie, on the other hand, is having some kind of breakdown. Is something in the apartment haunting her? Possessing her?

Nekrasova and Quinn weave together real conspiracy theories about Epstein and other topics to create a fever dream of horror that points out how preposterous and salacious all these theories really are. How these theories speak more to the mind of the believer than to any kind of reality.

Nekrasova is actually pretty empathetic toward conspiracy theorists, even if she clearly thinks they are 1) wrong and 2) probably insane. The film offers bold, wet, pungent lunacy, vivid fantasies pulled from the collective unconscious of folks ready to believe—or imagine—the most effed up scenarios.

Chances are strong that, between the intentionally flat performances and the supremely WTF plotline, The Scary of Sixty-First will not land with most audiences. But it’s a wild vision and I’m not sorry I caught it.