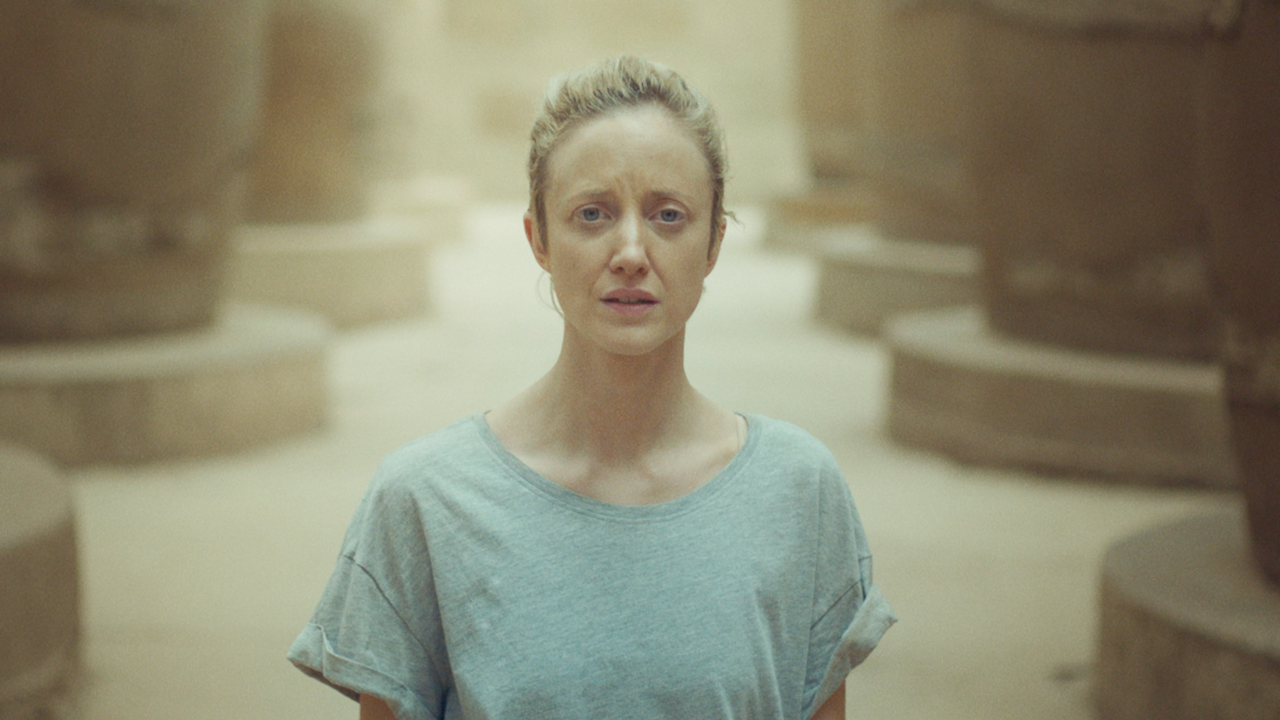 Faulkner wrote that the past is never dead… it’s not even past. British aid worker Hana (Andrea Riseborough) is hellbent on putting this to the test in Luxor, a slow burn of a spiritual journey from writer/director Zeina Durra that brings together vibrant Egyptian settings and a remarkable, nuanced performance from Riseborough.

Hana, taking some time off from her medical work on the Jordan-Syrian border, returns to the city of Luxor. It’s a place that holds great meaning and memories for her, even if her PTSD has collapsed much of those memories into an unnerving fog of past and present events and regrets all confronting her at once.

Hana’s stay is further complicated by the appearance of Sultan (Karim Saleh), her ex-lover. Sultan is an archaeologist working on a dig, and it’s an irony that does not escape Hana’s notice that the two are back together in the ancient city to excavate their pasts—and come across a few noteworthy relics.

The collision between old and new is a recurring motif for director Durra, made physical with the temple ruins but even more poignantly through Hana’s fragile mental state. This is where the film’s evocative settings of the past come to life, powered by Riseborough’s urgent reveries that drag her from past to present, and finally force her to come to terms with the trauma she has fled.

Much of the film follows Hana and Sultan wandering the city, their conversations going around in metaphorical circles as Hana does her best to elide over any sort of catharsis. In a way, the film is like a spiritual counterpart to Michael Winterbottom’s The Trip series: those characters play their mid-life ennui up for laughs, but there’s an uncanny shared impulse to travel outside of one’s regular life to find whatever it is they think they’re missing.

It’s a journey that Durra treats with reverence, and with an emotional payoff that upends the film’s measured pace. Who knew archaeology could dig so deep?