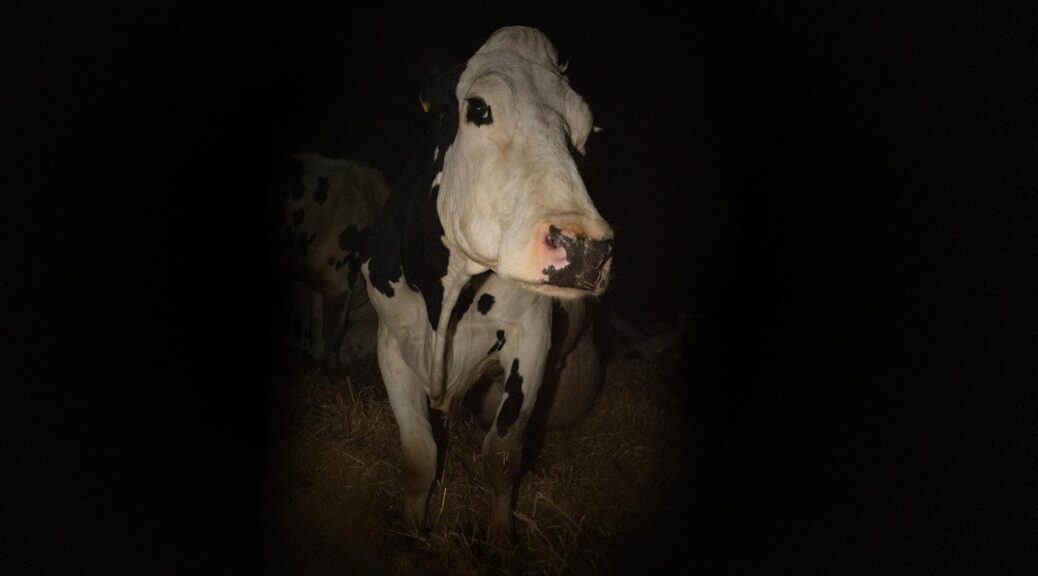 There’s nothing in the rulebook that says a cow can’t be nominated for Best Actress, right? Because Luma, the bovine star of Andrea Arnold’s mesmerizing new documentary, deserves to be the most improbable frontrunner of awards season.

The filming for Cow took place over about four years at a British dairy farm. There is no voiceover, no reassuring David Attenborough nature narration… Just an unsparing look at Luma and the daily existence for cattle on a modern farm.

For Luma, that means a life built around providing milk through high-tech milkers. In one of the film’s more arresting images, Arnold shows Luma entering what the industry whimsically calls a milk carousel—but takes on the foreboding look of a milk panopticon each time Luma trudges into place.

Arnold and her director of photography Magda Kowalczyk capture everything through Luma and the cattle. When farm workers appear, their presence is in the background, guiding the animals or performing routine examinations but never the focus of the action.

It’s a powerful effect that lays bare our relationship to modern farming without being proscriptive. Cow shows just how much these animals do for us—Luma cannot even nurse her calves. Instead, it’s right back to the milk carousel so no sellable product goes to waste.

And this truly seems like one of the more favorable options for modern farms. The cows get some seasonal pasture time, although the sense of calm it provides them makes the limited time outside the pen all the more depressing.

Luma may not have a voice, but Arnold’s masterful direction makes her as complex and compelling as any Arnold protagonist. Luma deals with birth, sex, sadness, grief. Arnold makes the case that we are connected to these animals. These animals may not have any agency beyond capitalist utility in life, but Cow demands that we at least take the time to reflect on this relationship and what we might owe the things in life that give us so much.