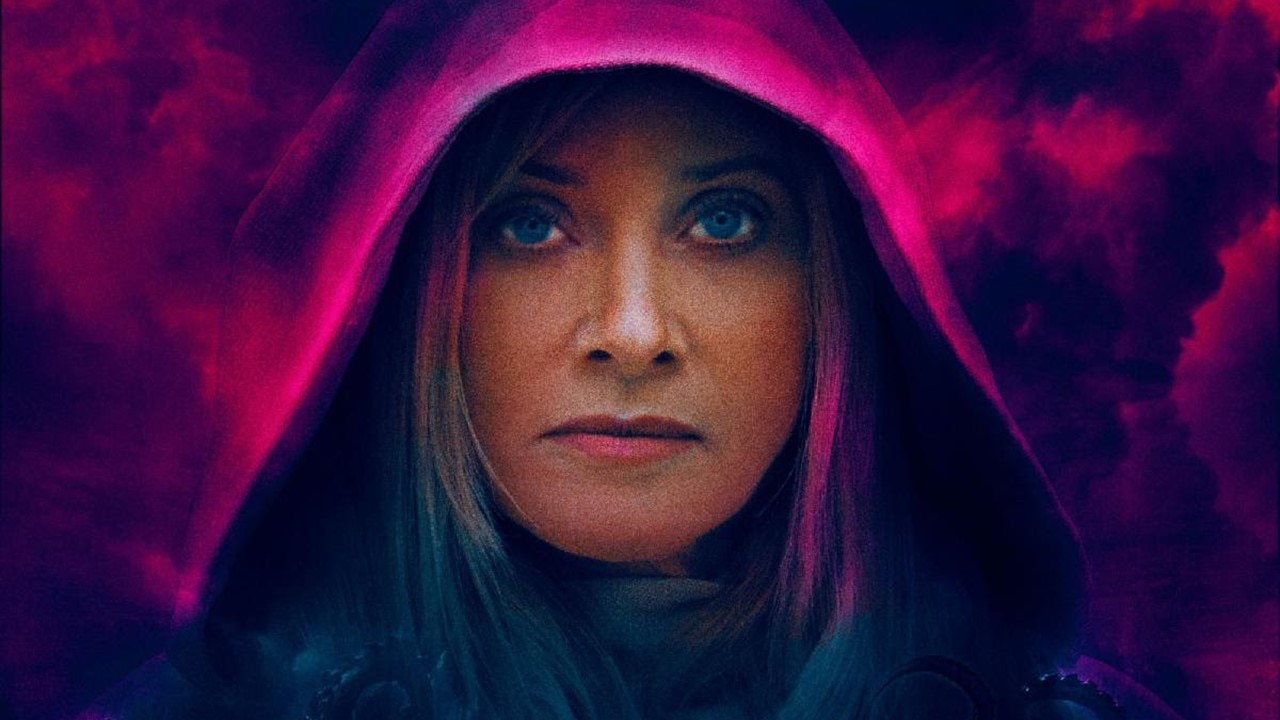 If we’ve learned anything from horror cinema over the decades, it’s that Europe is a scary place and to avoid it at all costs. Werewolves on the moors, rage zombies, predatory hostels – just go to Myrtle Beach again and try your luck with the drunk rednecks. And now, with Sacrifice, co-writers/co-directors Andy Collier and Toor Mian give us a taste of the unsavory side of Norway.

Isaac (Ludovic Hughes) and Emma (Sophie Stevens) return to Isaac’s birthplace on a remote Norwegian island to claim his inheritance. Unknown family truths bubble to the surface as Isaac confronts a dark legacy and Emma fears not only for her husband’s sanity but for the life of her unborn child.

Sacrifice is a frustrating film from the start. The basic “fish out of water” premise is one we’ve seen time and time again, and Sacrifice offers nothing new to this subgenre. The opening credits promise a story built around the works of H.P. Lovecraft, but the closest we get to Lovecraft is unsubtle nods to Cthulhu.

Subtlety in horror certainly has its place. There are countless horror movies that take a more methodical approach to dole out the scares. These movies eventually pay off, though. Sacrifice is a film that tries to build tension and atmosphere, but whiffs at every opportunity. Semi-odd behavior from backwoods Norwegian folk isn’t exactly edge-of-your-seat material. And I would be ashamed of myself if I didn’t mention how the film uses the tried and true “character wakes up from a nightmare that seemed real” device a grand total of four times.

At this point, I was hoping the movie was a dream.

So much of the films’s tension is built around the unraveling of Isaac and Emma’s relationship. The problem with this is that the characters toggle between unlikable and uninteresting from the get-go. Isaac’s descent into madness never once borders on tragedy. Instead, this turn feels like the filmmaker’s checking off a box on their genre bingo card.

Even the illustrious Barbara Crampton (Re-Animator, From Beyond) doesn’t come out unscathed. It’s a role that asks her to do little more than be a suspicious local and deliver an uneven Norwegian accent.

The film does get a lot out of the location shooting in Norway. The lush green fjords with their raging waterfalls inject a strong sense of place. These scenic establishing shots help set an “otherness” to the island, even if the remainder of the film does a poor job of maintaining the eerie mood.

Sacrifice tries to set itself alongside Europe-centric horror movies like The Wicker Man and Midsommar, but instead comes off as a watered-down, and quite lazy, copy of better movies.