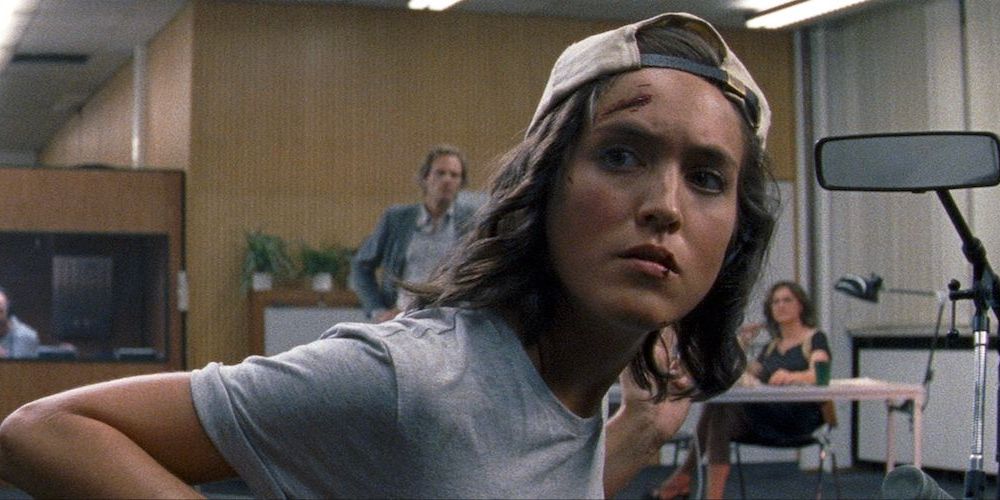 The film begins with a nightmarish vision leeched of color, as battered young cabbie Luz (a letter-perfect Luana Velis) tumbles into a banal police station lobby shouting about how the receptionist wants to live his life. Soon she’s seated in an equally bland hallway, mumbling blasphemies to herself in Spanish as two German police officers—one who doesn’t understand and one who refuses to translate—look on.

Meanwhile, in a dive bar across town…

It makes little sense to summarize the plot because the fairly slight premise unfolds in front of you, offering as many questions as answers. To spoil that seems pointless.

There is something fascinating happening in this film, though, and Singer has no real sense of urgency about clarifying what that is. Seedy, lifeless places become environments where those as baffled as we bear witness—or don’t—to a patient if tenacious courtship of sorts.

It all begins in dehumanizing but fascinating wide angle shots. Slowly, clip by clip, Singer draws us in closer to the diabolical unfolding in our midst. It’s the deconstruction of a possession film, a bare-bones experimental feature that hangs together because of its clever turns, solid performances and Singer’s own technical savvy with sound design.

Running about 70 minutes and boasting no more than 6 speaking roles, Luz is surrealism at its most basic, storytelling at its sparest.