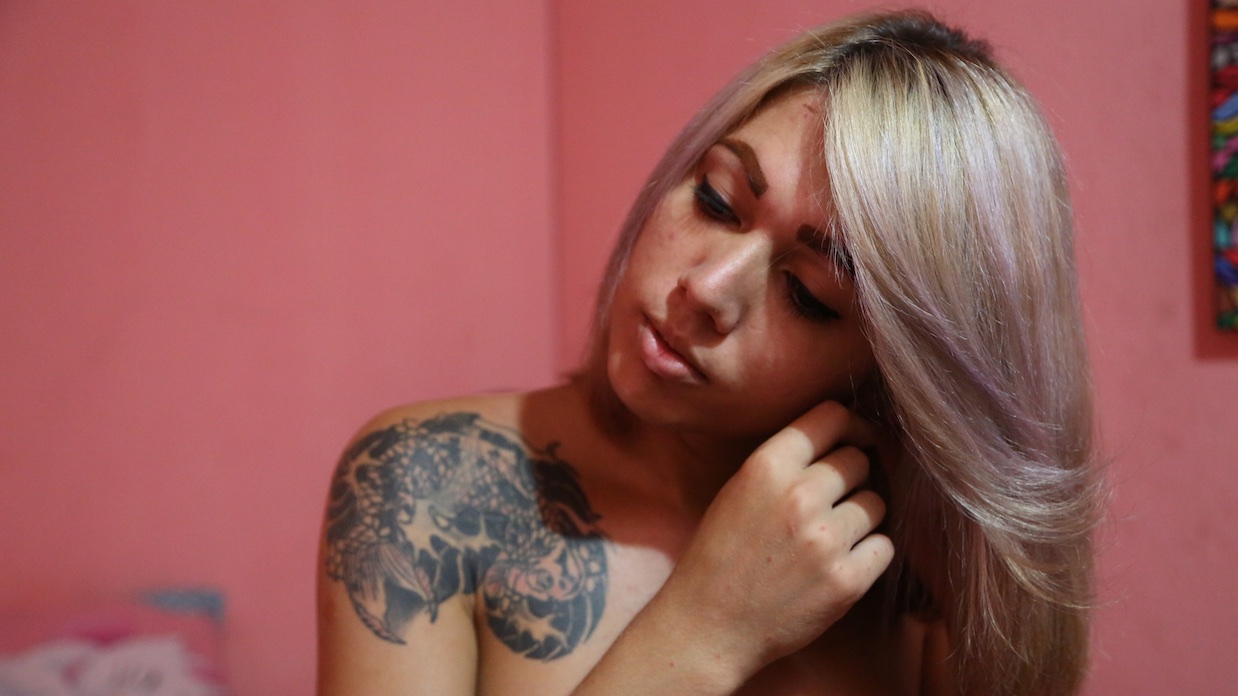 In Rio de Janeiro, Brazil, the neighborhood of Lapa is home to Luana Muniz, the focus of directors Theodore Collatos and Carolina Monnerat’s documentary, Queen of Lapa.

A photoshoot of Muniz opens the film. She is elegant in black lingerie, holding a cigarette; the audience learns that she has been a sex worker since the age of eleven and is now one of the most recognized transgender (Luana prefers the term transvestite) activists in Brazil.

A hostel run by Muniz for over two decades provides a safe haven for transgender sex workers. It is this world that Collatos and Monnerat are privy to. They are given a level of access that allows the audience to experience these women’s lives as they live them.

Muniz is a bit of a mother hen to the women, many of them even call her Mother Luana. She scolds them for not cleaning up after themselves, expresses concern over injuries, and fights to ensure the house remains a place where transgender men and women can live and work safely.

It’s an important concern. Transgender men and women, and sex workers, experience violence at alarming rates. One of the women speaks of having gasoline poured on her before she escapes her attacker. The same woman is beaten and robbed one night, showing her injuries to her Facebook Live audience. Another woman is nearly raped but manages to flee.

However, the film focuses on more than one aspect of these women’s lives. It allows us a chance to spend time with the housemates and get to know them. There is a familial atmosphere as the roommates watch TV, do each other’s nails, eat meals together, and argue.

Some of the conversations are more interesting than others, but the filmmakers play a critical role with their lack of presence. They allow the group to share their own stories, to let their voices be heard at a time when it is essential that those who have been silenced in the past are allowed to speak.

Muniz says of herself, “the only star here is me,” and in some ways, she is the sun to a community of people who need an advocate like her. One of the women recalls seeing Muniz on TV as a child, never expecting to know her as an adult, but it’s an example of the impact she has had on the community. She teaches the women how to be safe, how to not be ashamed of who they are, and that they are loved.

The world could use more people like Luana Muniz.