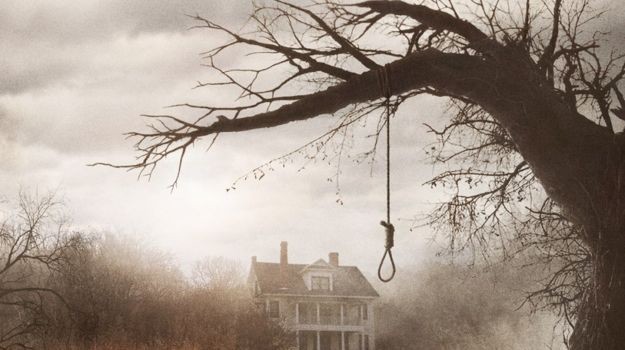 Out today on DVD, BluRay and streaming is the scariest movie of 2013: The Conjuring.

The farmhouse’s previous residents may be dead, but they haven’t left, and they are testy! So the Perrons have no choice but to look up paranormal investigators Lorraine and Ed Warren – the real life couple linked to many famous American hauntings, including one in Amityville, NY. The Conjuring is allegedly based on one of the couple’s cases.

A game cast helps. Joining five believably terrified girls in solid performances are Vera Farmiga, Patrick Wilson, and the surprisingly well-suited Ron Livingston as the helpless patriarch. The usually sublime Lili Taylor is uncharacteristically flat as the clan’s loving mother, unfortunately, but there’s more than enough to distract you from that.